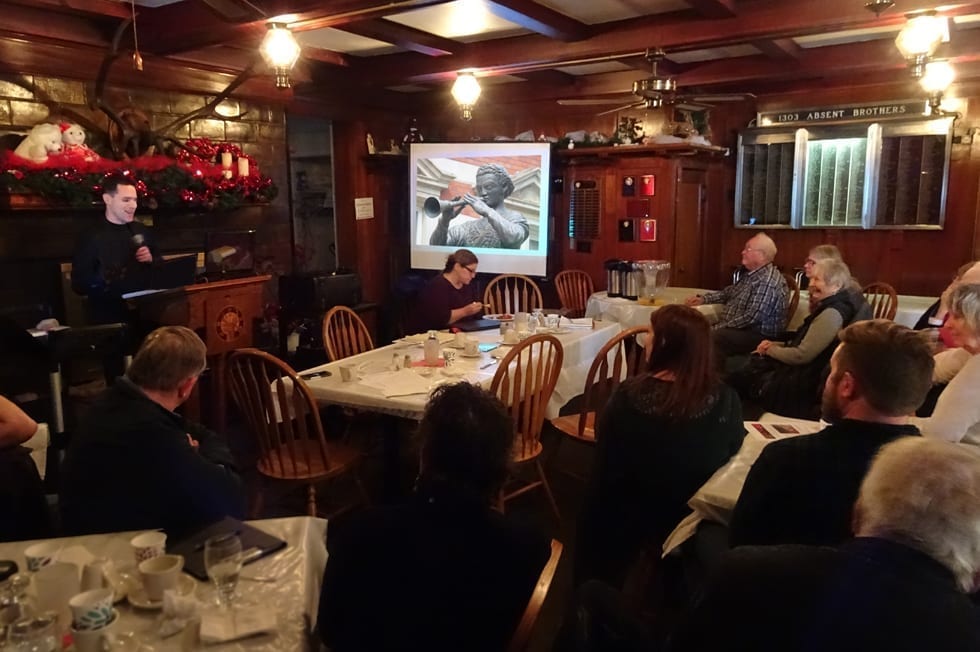 Whimsical Lecture Celebrates A Literary Treasure in the North Country

After a journey through the blowing snow to Malone, New York, over the weekend, I found myself ready to address a group of 45 people about treks to sites made famous by children’s literature. This would be the second time I gave my “Pilgrimage” presentation, the first having been in an academic setting in Cambridge, Massachusetts.

What struck me this time was what a great match the audience was for the presentation, even outside of a university setting. I’d been invited to the Malone Lodge of Elks to address board members, volunteers and other people who had a strong interest in the Wilder Homestead, a regional gem of literary heritage. The Homestead is where Almanzo Wilder grew up in the 1860s, with his family who created a prosperous farm in Malone. Almanzo not only married Laura Ingalls Wilder, who penned the “Little House” series of books, but his childhood also inspired the second book in the series, Farmer Boy (1933). The audience at the Elks was primed to hear stories from someone who enjoys visiting children’s literary sites in Europe and in the Northeastern United States, because they are all interested in the success and growth of the Wilder farm as a tourist destination.

Even though my prepared presentation had previously concluded with the Wilder farm, as an example of a literary site one can visit in the eastern United States, it was a pleasure for me to sprinkle in more facts about the lives of the Wilders, the Ingalls family, and the Wilder Homestead throughout the lecture. When I am praising the authenticity of some German sites, versus others that are mere tourist traps, it was easy for me to add applause for the authenticity of the Wilder house, as it sits on its original foundation and is the actual house where Almanzo grew up and where many adventures in the book happen. 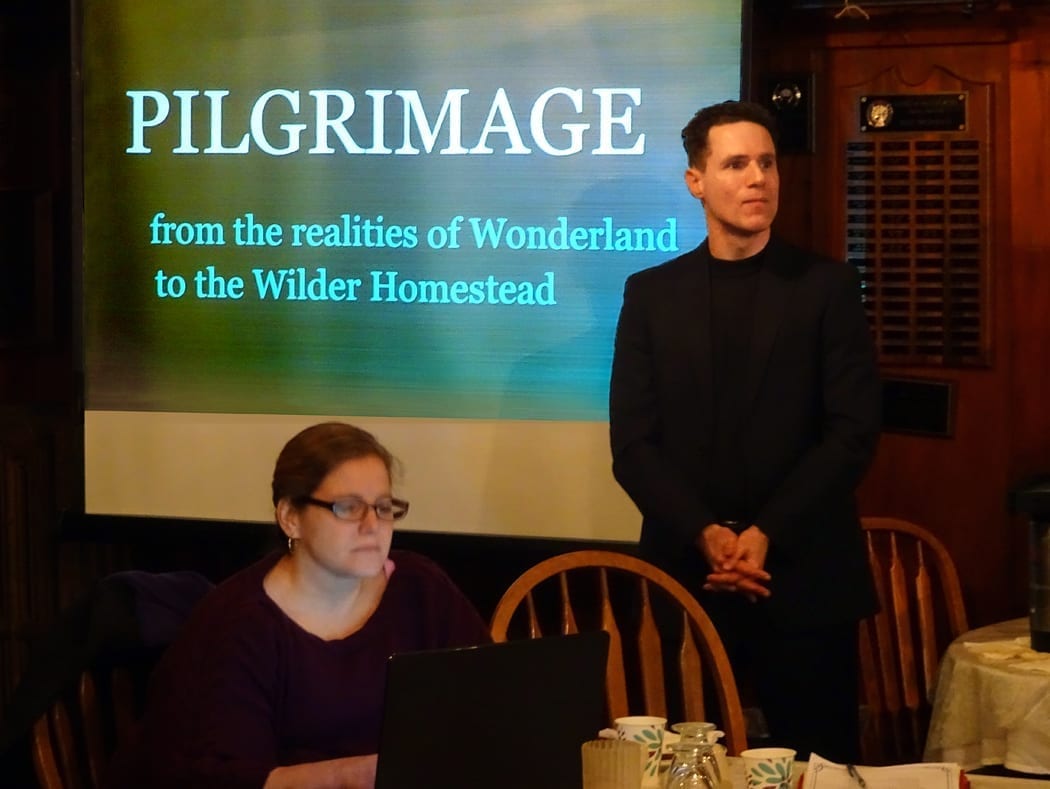 It was a joy to hear laughter from the audience members as I related my quirky adventures of getting into private apartments once inhabited by famous authors, and making a Yorkshire hotel lobby so aware of its literary heritage that the architects credited my persistence when completely changing its decor to honor an author’s work. After the presentation, it was great to hear personal stories for audience members who spoke to me about travels they’d made to similar sites, such as the Prince Edward Island house associated with Anne of Green Gables, and the many homes of authors in Concord, Massachusetts.

Ken Carre, president of the Almanzo and Laura Ingalls Wilder Association, had invited me to the annual meeting of the association. He reminded the group how in 2015, the Wilder Homestead was dedicated a Literary Landmark. The site stands with pride as the first Literary Landmark in northern New York and the sixteenth in New York State. It is the only “Little House” site to receive this recognition from United for Libraries. My thanks go to Ken and Karen Carre, and to everyone who listened and laughed with me at the Elks Lodge. 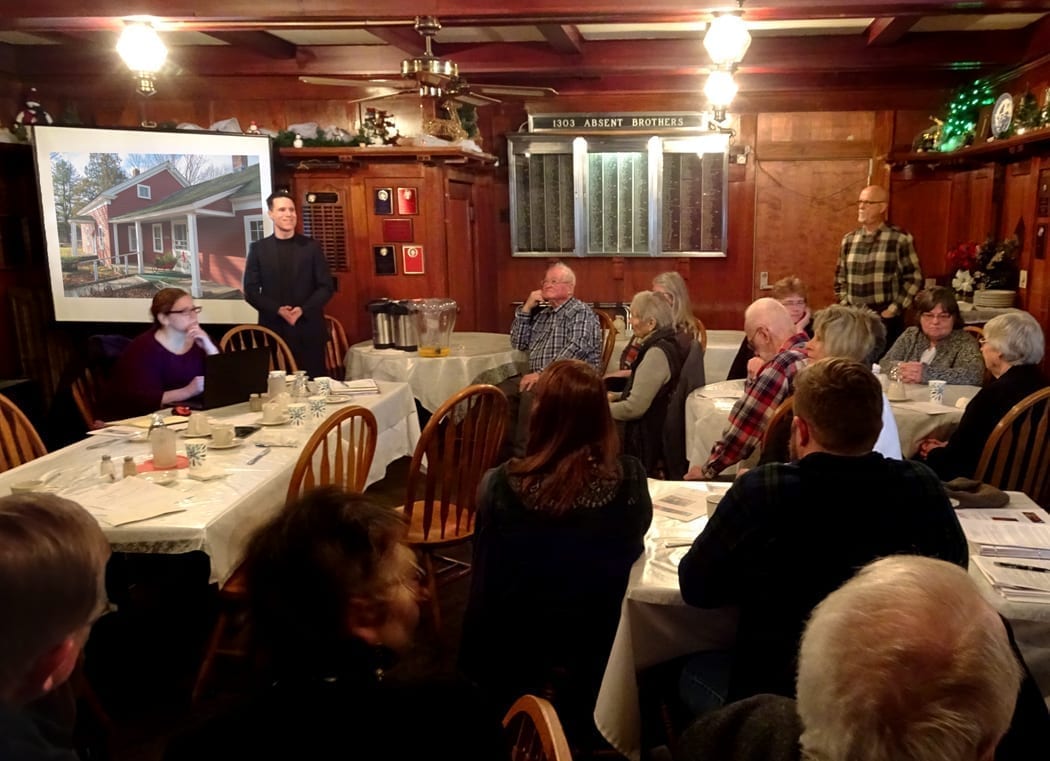