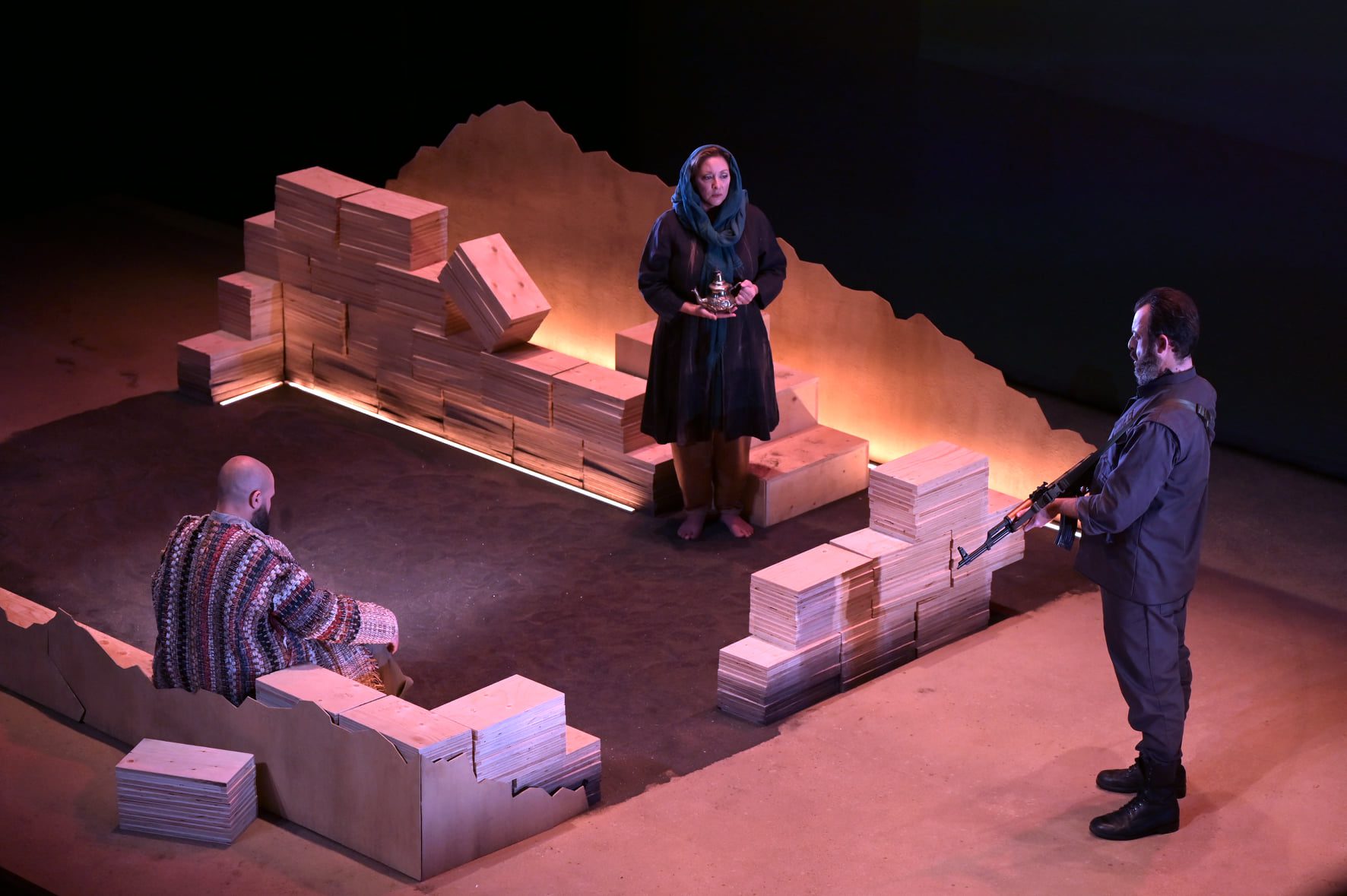 Last Tuesday the 19th of October, the world premiere of the lyrical version of the multi-award-winning novel L’ORANGERAIE by Larry Tremblay) was held in the grand hall Ludger-Duvernay of the Monument-National theatre in Montreal.

Directed by Pauline Vaillancourt with scenography by visual artist Dominique Blain and music by Zad Moultaka, L’ORANGERAIE brought together eight singers, one actor and sixteen musicians, under the direction of conductor Lorraine Vaillancourt.

This is the 17th creation of Chants Libres, a lyric creation company, in co-production with the NEM ((Nouvel Ensemble Moderne) A chamber orchestra consisting of 15 seasoned musicians who deliver convincing interpretations of contemporary music).

The 2013 novel, penned by Quebec playwright Larry Tremblay, has enjoyed enormous success since its publication, winning several awards here in Quebec and being translated in almost 20 languages abroad.

The plot revolves around the story of twin brother Amed and Aziz living in the heart of a war torn land in the Middle East.  Bombs have destroyed cities and taken many lives. With the country plunged into civil war, the twins parents are faced with the daunting dilemma of choosing which of their two sons should be selected as a suicide bomber and be honored as a martyr. Extreme guilt, sorrow and manipulation come into play …

This original novel as much as the opera touches upon the absurdity, horror and cruelty of war. Faced with the protagonists mental anguish, we probe our own minds and thoughts about crucial questions such as what drives endless cycles of violence, the transmission of hatred and the weight of sacrifice in the name of God.

Musically, this opera may not appeal to all audience members as Zad Moultaka‘s music was consistently rather dissonant, arrid, jarring, tense and very aggressive.

The individual performers did sing with much emotion and were faithful to their respective characters, however the entire performance felt like one lengthy, lamentation. It is almost is if the purpose of the auditory “malaise” was to position the audience members mentally in the same state of discomfort as the ones whose story was being told.

Presented in French with English and French captions

The opera will be furthur presented in Quebec city on the 5th and 6th of November, at Le Diamant.