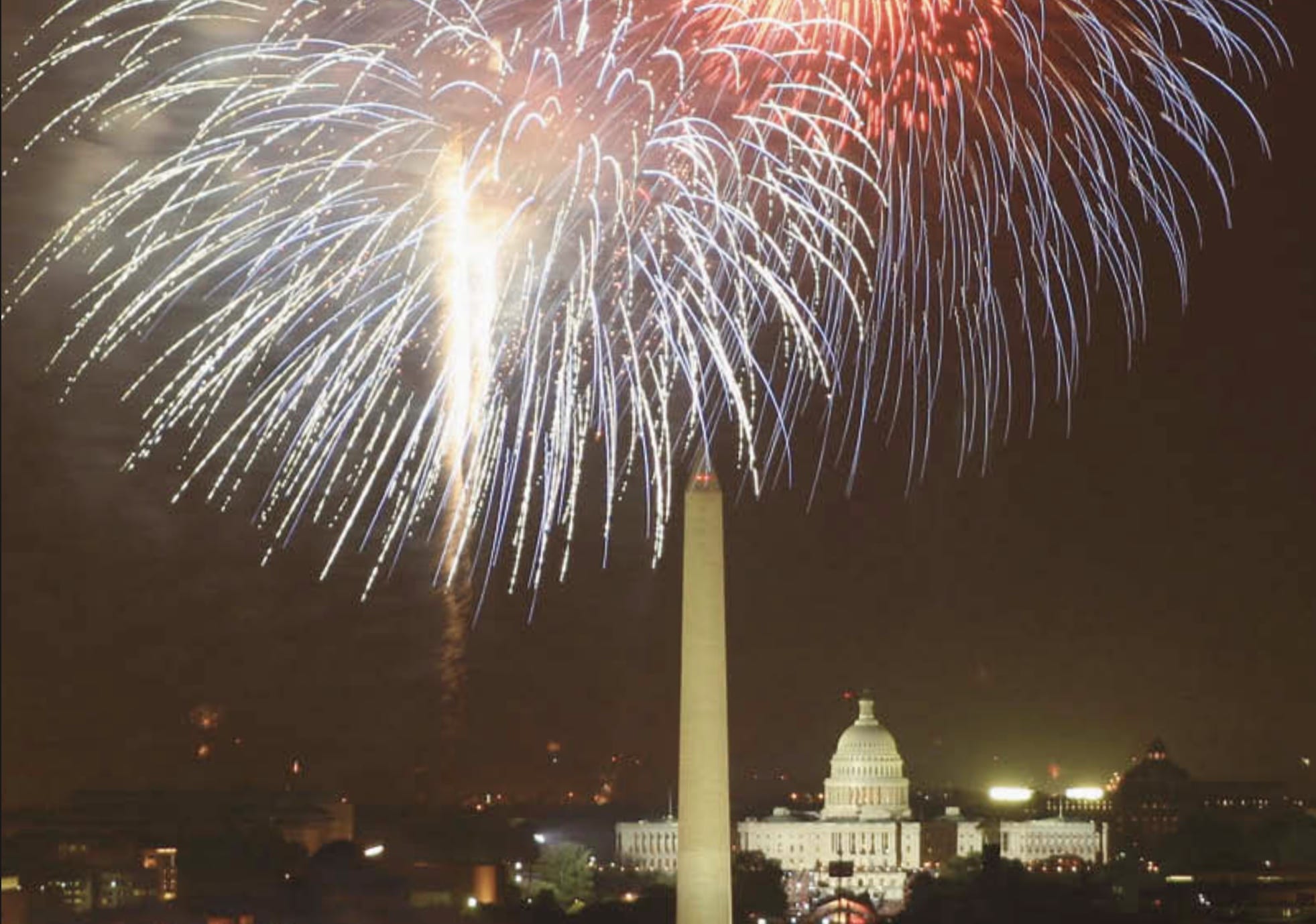 What is Independence Day?

Independence Day, also known as The Fourth of July or July 4th, is a U.S. federal holiday meant to celebrate America’s independence from Great Britain in the 18th century!

On July 2nd, 1776, the United States Continental Congress voted in favor of independence, and two days later delegates from the 13 colonies adopted the Declaration of Independence. From then on, July 4th has been celebrated as the birth of American independence, becoming recognized as a federal holiday in 1941.

Traditionally, July 4th has been celebrated throughout the years with fireworks, parades, concerts like A Capitol Fourth, which PBS has presented for almost 40 years, and family gatherings like barbecues and cook-outs.

This July 4th, while we celebrate American independence, let’s also learn about the complicated history and origins of the holiday, and take a closer look at the live’s and contributions of some of America’s Founding Fathers. Check out some of these resources below to help teach your kids about what The Fourth of July really means!

What is Independence Day? (Grades K-4)

Learn about Independence Day with this interactive puzzles:

Read Independence Day | U.S. Department of State and learn about how Americans celebrate Independence Day on July 4 because of the Continental Congress, the Declaration of Independence, and breaking bonds with England. The collection includes pictures, a glossary, and even sheet music for “America the Beautiful.”

“Hamilton’s America” blends history, footage of Miranda’s writing process, and scenes from the now popular Broadway musical to create a vibrant and engaging film about the making of the musical and the preservation of Alexander Hamilton’s legacy. This collection includes clips, classroom activities, discussion questions, handouts, and teaching tips connected to the film. Including:

Hamilton’s America | An Immigrant’s Story – Learn about Alexander Hamilton’s upbringing, his journey as an immigrant from the Caribbean to North America, and observe how it is portrayed in the musical Hamilton in this clip from GREAT PERFORMANCES:“Hamilton’s America.” Students will be able to compare and contrast stories of immigration and explore how Hamilton “wrote his way out of his circumstances.”

Hamilton’s America | Reconciling History: The Founding Fathers – Explore the legacy of the Founding Fathers George Washington and Thomas Jefferson in this clip from GREAT PERFORMANCES: “Hamilton’s America.” In weighing their contributions and flaws – especially given that both men were slave holders – how should their place in history be evaluated?

A Crash Course U.S. History is a PBS LearningMedia collection of resources, videos, tools, and activities to help educate your kids on the history of the United States— from Revolution to the Obama Administration. Including:

Taxes and Smuggling | Prelude to Revolution – John Green teaches you that the beginning of the Revolution is very complex and hard to pin down and leads you through the bramble of taxes, royal decrees, acts of parliament, colonial responses, and various congresses all in about 12 minutes.

Who Won the American Revolution – John Green explains what the revolution meant for the common people in the United States. The reality is it took a long time for this whole democracy thing to get underway, and the principles of life, liberty, and the pursuit of happiness weren’t immediately available to all newly minted Americans.

The Constitution, the Articles, and Federalism – John Green teaches you about after the American Revolutionary War, the government of the new country operated under the Articles of Confederation. You’ll learn about Shays’ Rebellion, the Federalist Papers, the elite vs rabble dynamic of the houses of congress, and what an anti-federalist is.

Visit PBS LearningMedia for more resources and tools for teaching your kids!