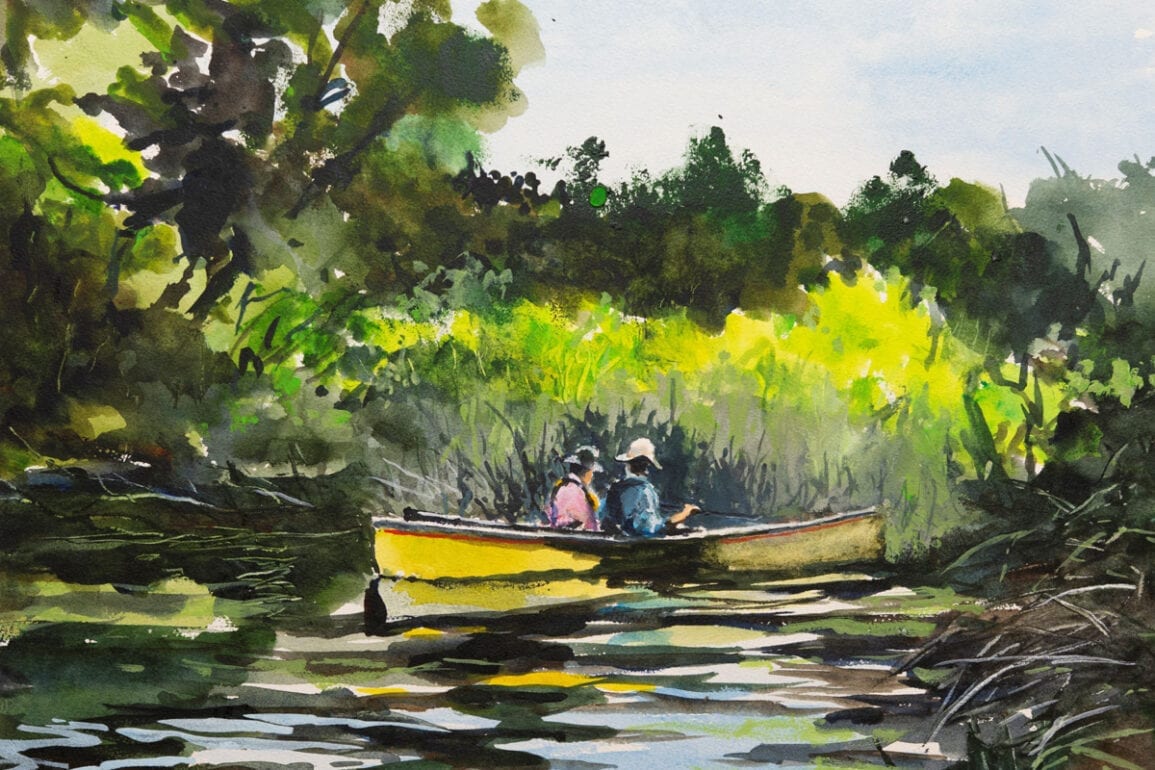 An art exhibit conceived to celebrate the friendship of three artists, and their love of Adirondack waterways, has taken on a deeper meaning after one of the trio passed away. Painter Peter Hornbeck of Olmstedville, New York died of a cardiac arrest in December. His name is known among outdoor enthusiasts as a master boat builder and the creator of the Hornbeck Boat.

Spotlight producer Paul Larson discusses the friendship and the artwork with photographers Tom Bessette of Delmar, New York, and Daniel Way of Glens Falls.  Works by Bessette, Way and Hornbeck adorn the walls at the Tannery Pond Center in North Creek, New York.  You may see the “Adirondack Waters” exhibit from from now until June 26.

Spotlight is made possible, in part, by the Glenn and Carol Pearsall Adirondack Foundation, dedicated to improving the quality of life for year-round residents of the Adirondack Park. Spotlight is also supported by Hill and Hollow Music.