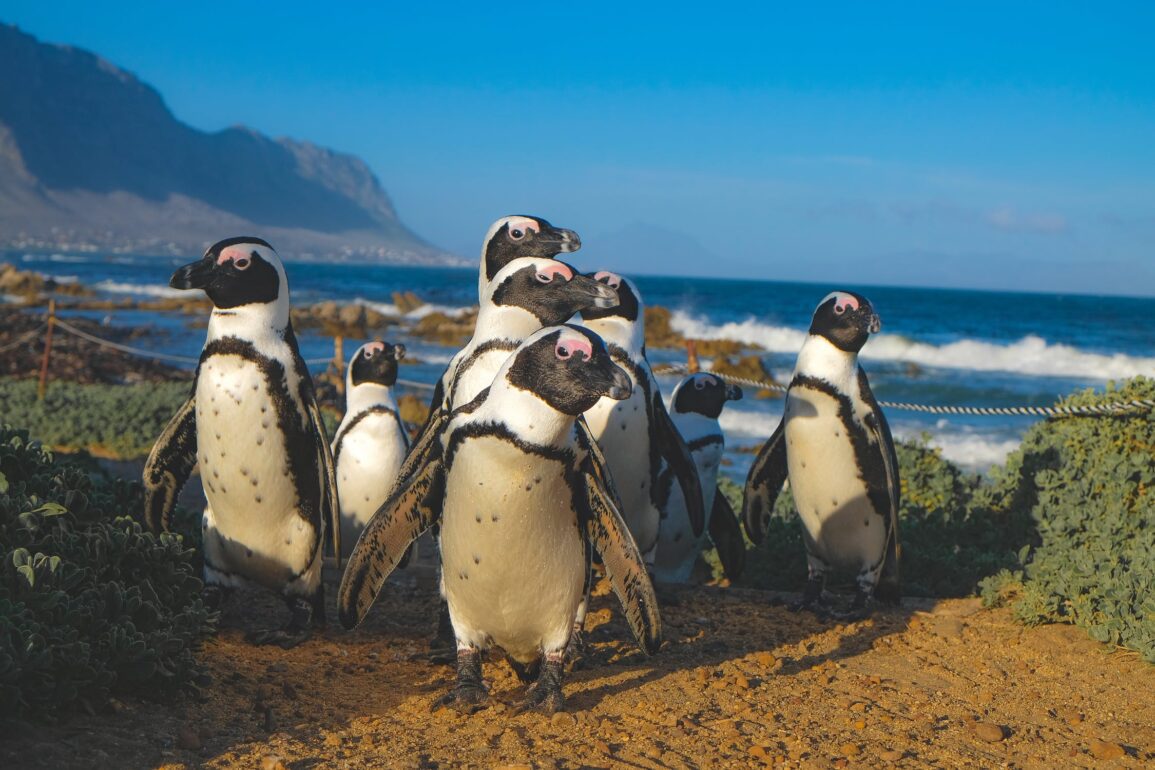 Waddle on Down for National Penguin Day!

Each year on January 20th penguin lovers around the nation show their appreciation for these tiny feathered torpedoes of land and sea. Did you know there are 18 species of penguins and all of them live in the Southern Hemisphere, from Antarctica to as far north as the Galapagos Islands?

Penguins come in a variety of shapes and sizes, ranging from 2 pounds to a whopping 88 pounds for the largest species, Emperor penguins. They are also masters of swimming, able to hold their breath underwater for up to 20 minutes at a time. Despite amazing bodily adaptations, and some real seaworthy savvy, penguins are still at risk from natural predators and environmental threats like habitat loss brought on by climate change.

Learn more about penguins with the videos, fact lists, and activities below. Then, make a difference and help keep these adorable creatures thriving, and not just surviving, by contributing to conservation efforts. Be a citizen scientist with Penguin Watch from Zooniverse, reduce the amount of trash you produce preventing it from ending up in our waterways and positively impacting our oceans’ health, and support sustainable fishing practices that don’t harm penguin colonies. Our fancy feathered friends will thank you!

All About Penguins & Their Habitats

Grades K-8
We travel with conservation biologist Dee Boersma to the Galapagos Islands where she works to support a population of penguins that are being impacted by climate change in this video from QUEST. Boersma has been studying these penguins for over 30 years. Her studies have revealed that the biggest threat to the survival of these temperate penguins is climate change.

Grades 6-12
Penguins are a group of aquatic flightless birds that live almost exclusively in the Southern Hemisphere. Learn about the diet, habitat, social structures, conservation status and more of the 18 species of penguin with this Fact Sheet from NATURE.

Grades 6-12
Discover why penguin parents ignore other prey in their search for anchovies in this video from the NATURE mini-series Animals with Cameras. This video explains how energy rich anchovies can make the difference in penguin chicks surviving to adulthood.

Mystery Beneath the Ice | Climate Change in the Antarctic

Do the Penguin Shuffle | Everyday Learning

Grades PreK-K
This musical animation explores beats and rhythm as six different animals, including a shuffling penguin, move to their own slow, medium, and fast songs. The animation challenges kids to make up their own beats and move like an animal.

Grades K-2
Use science inquiry to predict and investigate forces and motion to help rescue Ruff’s plushie from the penguins’ ice rink in this sports science game from The Ruff Ruffman Show.

Grades 6-12
Count penguins, chicks and eggs in far away lands to help understand their lives and environment! The goal of Penguin Watch is to learn more about the threats facing penguin populations, limit them, and then inform policy whenever possible. They do this by uploading a stream of images from their remote cameras and counting penguins in remote regions to help us understand their lives, environment, population changes, and changes in their survival rates and timing of breeding.

Grades 6-12
Glaciers, which cover about 10 percent of Earth’s land surface and hold between two and three percent of its water, are found on every continent except Australia. This interactive activity adapted from the National Park Service offers a comprehensive introduction to glaciers. By exploring the different sections, users will learn where and why glaciers form, what influences their growth and decline, and how an apparently solid mass appears to flow like a river.