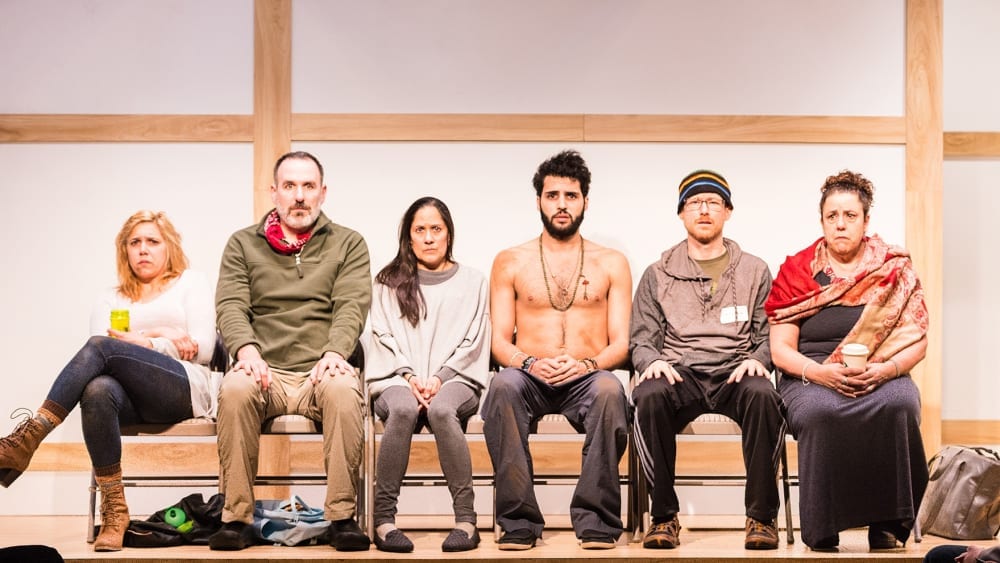 “Without words – we’re forced to exist in all the other ways we communicate.”

While it is a known fact that the key to success in both personal and professional relationships lies in your ability to communicate well, This Valentine’s weekend two English plays:  Century Song running at the Centaur Theatre until Feb 16th  and Small Mouth Sounds – Running at the Segal Center until March 1st delve into the world on non-verbal communication:

The original show having received much acclaim at the Edinburgh Fringe festival, it is currently presented in Montreal in association with Volcano Theatre, Moveable Beast, & Richard Jordan Productions, UK.

Inspired in part by Virginia Woolf’s Orlando and Alice Walker’s in Search of Our Mother’s Gardens, Bickersteth weaves an intricate aural experience by seamlessly melding song and movement to inhabit a century of women whose identities are contained within her own.

It is an exquisite, wordless experience, featuring music by some of the most adventurous composers of the past 100 years against a visual tapestry of inventive and influential art.

Only 3 shows left to catch Century Song in Montreal:

Whenever we interact with others, we continuously give and receive wordless signals through nonverbal behaviors—our posture, our hand and facial gestures even how much eye contact we make—sends off signals to others about the level of trust , ease and attraction we have towards another. These signals can take either a positive, neutral or negative stance and they don’t disappear when you stop speaking either.

Yesterday was the Montreal premiere of Bess Wohl’s mostly non -verbal theatrical piece: Small Mouth Sounds that shines a light on the variety of ways that we humans communicate and deal with their suffering.

The stage setting is simple: 6 folding chairs are lined up at the far end of a long, flat wooden stage that occupies the center of the floor. The audience are seated on either side, facing each other and offered an ‘onlooker’ immersive view of the stage – complete with looming trees, leaves and the sounds of fluttering birds.

Five mismatched strangers (and one frenzied late-comer ) arrive luggage-in-hand to what appears to be a wood surrounded campground. We quickly find out that the ‘camp’ is actually a yoga retreat for world-weary folks in need of spiritual rejuvenation.

Guided and given instructions by the overhead voice of the camp’s unseen spiritual leader , the campers listen to a parable of a well -dwelling frog that gets led to the ocean and dies on the spot. The explanation given, is that “One can never return to the well when they have seen the ocean’ .

The camp leader’s initial droned out speech make this retreat sound like an fun , life-changing adventure. “Think of this retreat as a vacation from your habits. Your routines. Yourself, ” , “It is the best kind of vacation… Because after this. You don’t ever have to go back. To who you were.” .

Of course in what first appears to be a comedy ( with instructions like absolute silence , no food permitted in sleeping quarters, clothes being mandatory unless bathing in the lake and writing down one’s intentions on colorful paper) … quickly down spirals into a disheartening tragedy when harsh secrets and thoughts are revealed and humans disregard the rules to give in to their basic nature…

This play will definitely make you laugh , shed a tear, recognize similarities with one of the main leads and also re-examine the way we deal with difficulties and suffering in our lives .