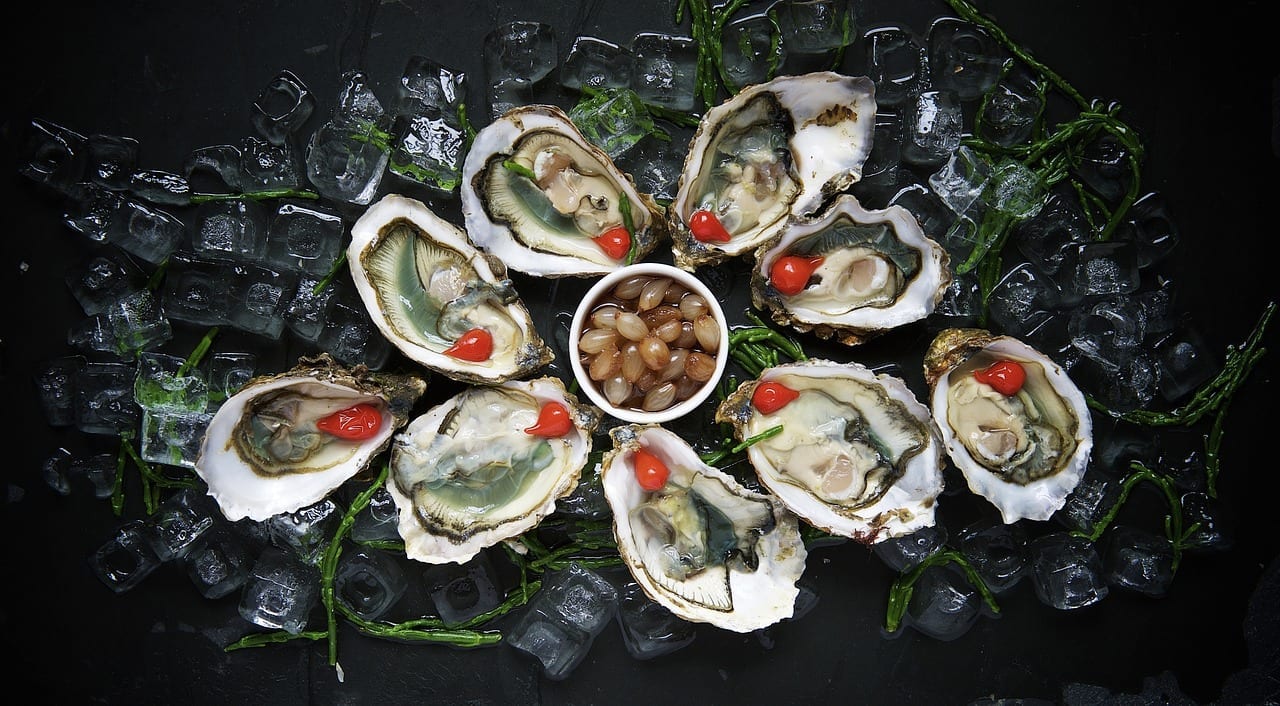 Theatre, Comedy and Food in the spotlight this week in Montreal

Thanksgiving weekend gave all of us a wonderful opportunity for reflection on the current state of our lives.

This week in Montreal there is an interesting line-up of activities that showcase some of the pleasure we get out of daily existence : whether it’s laughing, eating , spending time with family and friends or simply just knowing who we are , these activities will make you reflect upon the little things that make us happy.

This Thursday the official launch party of #Oystermania hosted by #restomania will take place at l’Auberge Saint-Gabriel where guests will get to sip a glass of bubbly while enjoying a dozen freshly shucked oysters.

From the 17th to the 27th of October 2019, for only 10$ you can get to enjoy a dozen oysters with a house wine, beer or alcoholic beverage at fourteen establishments across the city including Blumenthal, Maison St Paul and L’Assommoir among others.

Those interested will need to purchase an advance ticket on restomania.ca . Overall, I find it to be a very good deal for those who wish to enjoy a pleasant 5 to 7 aperitif with friends or colleagues.

For this edition, Odessa Poissonnier is participating in this epic festival for the first time by offering 2 exceptional deals available at all their fish markets. You will have the opportunity to choose between a dozen oysters at $10 or a box of 100 oysters at $80.

For a complete listing of restaurants,  to purchase coupons and learn more about Restomania, please visit: www.restomania.ca

Need a good laugh ? Come on down to the Olympia theatre this week to experience the premiere of the latest show by French humorist Martin Petit that hails from Laval in Québec. He is a former member of the humoristic group Les Bizarroïdes.

Standing over six feet tall, this local French legend started his humoristic career in 1991 by winning the Just For Laughs national auditions. He subsequently became an animator, at Energie 94,3 radio of Montreal, of Le Monde est Petit.

This artist is recognized for his appearances in movies like Les BOYS or with his one Man show rewarded at the Gala des Olivier.

Winner of the silver medal at the Beijing International Ballet and Choreography Competition in 2011, Elad Schechter will present Premiere, a rare collaboration between a Muslim artist and a Jewish choreographer.

The performance will be in part a sort of protest, a performance originally staged in Jerusalem: the Western part of the city where they were both born and raised.

Elad and performer Rand Ziad Taha will seek to reveal various aspects of Arab culture by the use of several props such as a strategically placed Walkman, Polaroid camera and mobile phone onstage.

Rand will converse live with her mother, listen to an Algerian love song and wear a layered costume revealing the colors of the Palestinian flag. Her masbacha (Arabic rosary) will inspire movements that push the limits of physicality…

For more information and tickets :

From October 15th to 18th, 2019 at 7 p.m. the show BESIDE – Maribé – sors de ce corps, in partnership with Montréal Danse, will be the subject of four performances at La Chapelle Scènes Contemporaines in Montréal.

Public talks will be held before the show, guided by Line Grenier and Hilary Bergen.

Part of a trilogy alongside BEHIND (2010) and BETWEEN (2015), BESIDE is a collaboration between companies maribé – sors de ce corps and Montréal Danse, and their respective Artistic Directors, Marie Béland, choreographer and Kathy Casey, dramaturge.

The main theme explore in this piece is communication and the role that the human body plays : How does the body support speeches constructed today ? Live radio as a vocal score becomes here a pretext to question the role of the body in this both political and social act that is to communicate to the greatest number of opinions and information.

Does their overabundance prevent us from understanding each other ?

In BESIDE, third opus of the B+B+B trilogy, Marie Béland is interested in the body communicating through the body of the Other. By borrowing the words and movements of the local media, the performers assume the identity of all those who speak in the public square and address our relationship to the construction of truth, fake news and the role the body can play in the credibility of what is said in the media.

To Learn more about BESIDE and purchase tickets please visit :

Valparaíso is at heart an epic genealogical tale that takes the audience on a journey though historical 19th century Chile and modern day Montreal .

A Singulier Pluriel Production and presented as part of the Festival Phénomena , the text was crafted by Dominick Parenteau-Lebeuf with Director Julie Vincent weaving this magical tale of Valentina, a young lithe Chilean woman plagued by a supernatural mental disorder, who arrives in Montreal with her mother Virginia, CEO of the Sorprendente company who wishes to present her “famous mayonnaise ” at a local food fair.

Ghosts of the past present themselves to Valentina as she gets “lost ” around the city – from real encounters to hallucinated ones, the fog on her ambiguous identity will rise.

The play’s actors travel across three centuries and perform various roles while interacting with grandiose props, screen projections and tapestries that were specially woven for the production. Finally, the musical composition of Michel Smith supports the entire poetic structure of the story.

In this back and forth trip between the 19th and 21st centuries, between Quebec and Chile, Valparaíso questions the construction of the self through exile, the mother tongue, poetry, eros, history, genetics and more than anything, the folds of memory.

Located in Montreal, the company Singulier Pluriel produces and collaborates with artists from Argentina, Brazil, Chile and from here. Valparaíso is their ninth production.

(Presented in French and Spanish, with surtitles)