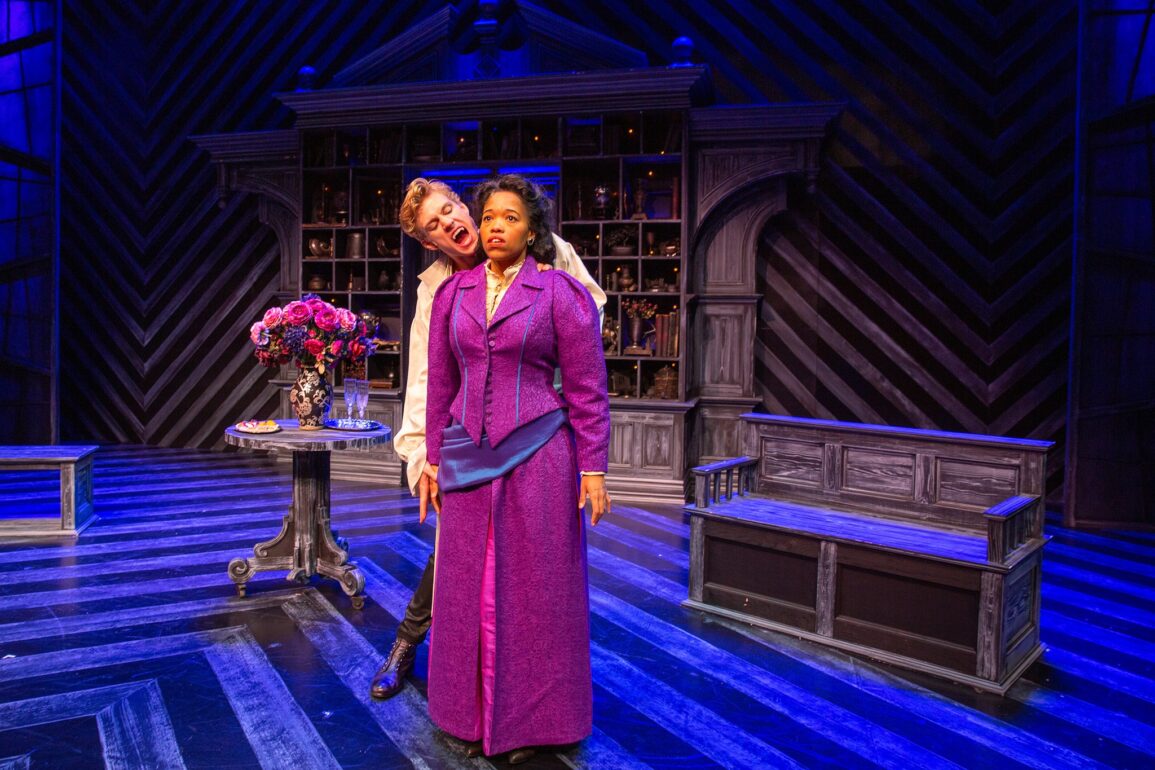 In the spirit of Halloween, The Segal Centre is happy to present some frighteningly amazing and quite fresh twists on two well-known monster mashups:

– Dracula: A Comedy of Terrors, directed by Gordon Greenberg and Steve Rosen, a brilliant parody of the original Bram Stoker story with a Mel Brooks-like twist that will have audiences howling with amusement in the Sylvan Adams Theatre from October 23rd to November 13th, 2022.

– Frankenstein, a living comic book, a play for the entire family written by Craig Francis, Rick Miller, and Paul Van Dyck, is presented across the hall in the Segal Studio by Geordie Theatre, Kidoons, and WYRD Productions , in collaboration with The 20K Collective and the Segal Centre as an addition to their subscription season – running Oct 19th to the 31st .

Dracula – A Comedy of Terrors

From the directors of Piaf/Dietrich (also known as The Angel and the Sparrow), Dracula: a Comedy of Terrors is a quick-witted and hilariously penned script that combines traditional horror literature with pop culture references and witty sarcasm.

Get ready to scream with laughter – as you witness various bloodcurdling antics by the entire cast and especially by Mr, sexy / rockstar / vampire himself: Count Dracula !

Adapted from the novel by Mary Shelley

A living comic book for the whole family!

In this thrilling new stage performance, the creators behind BOOM and BOOM X, combines immersive comic book design with lighthearted theatrical approaches, to bring this timeless sci-fi classic “to life” for a new audience.

This new, family-friendly adaptation of the classic novel Frankenstein tackles contemporary problems like artificial intelligence, climate change, and our connection to technology—monsters that we’ve self-created in recent times!

Young graphic novelist Mary is pulled into Dr. Victor Frankenstein’s strange experiments of conquering death, when she comes across his personal journal.

She gradually learns that in order to overcome our own anxieties, we must first confront them head on !