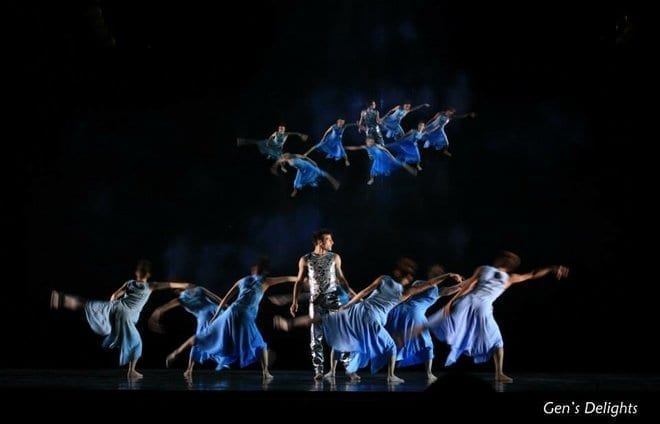 The Little Prince (in French: Le Petit Prince; is a well loved novella published by writer, poet, aristocrat and pioneering aviator Antoine de Saint-Exupéry (1900–1944). Since its first publication in 1943, the novella has been adapted to numerous art forms including ballet.

From March 19th to the 28th Les Grands Ballets Canadiens will be presenting Dutch choreographer Didy Veldman ‘s original adaptation of the famous tale to the stage of Salle Maisonneuve of La Place des Arts.

“The Little Prince is like the Bible – it’s a classic that will be with us forever,” says Gradimir Pankov, Artistic Director of Les Grands Ballets Canadians de Montréal.

Adapting a world-known novella to the stage is always a daunting task. Didy Veldman’s Little Prince is an engaging choreographic piece that follows the Prince’s journey from the moment he comes down to Earth, from a trail of falling stars, and is immediately faced with the mysteries of our modern-day society.

The principal dancer rarely leaves the stage, as intent as he is on watching the shortcomings of earthlings –  which translates into expressive solos and duets. The corps de ballet, dressed in colorful costumes designed by Kimie Nakano, moved in fluid synchronicity with large bold movements and sweeping arm and leg gestures.

This tender tale of a young alien prince that has traveled across the galaxy to land on Earth, speaks of universal themes of loneliness, friendship, love, and loss.  The ballet pushes us to question how we are similar or different to those around us and ask what themes are universal?

Le Petit Prince , presented by Les Grands Ballets Canadiens is running from the 19th  to the 28th of March2015  at La Place des Arts in Montreal.