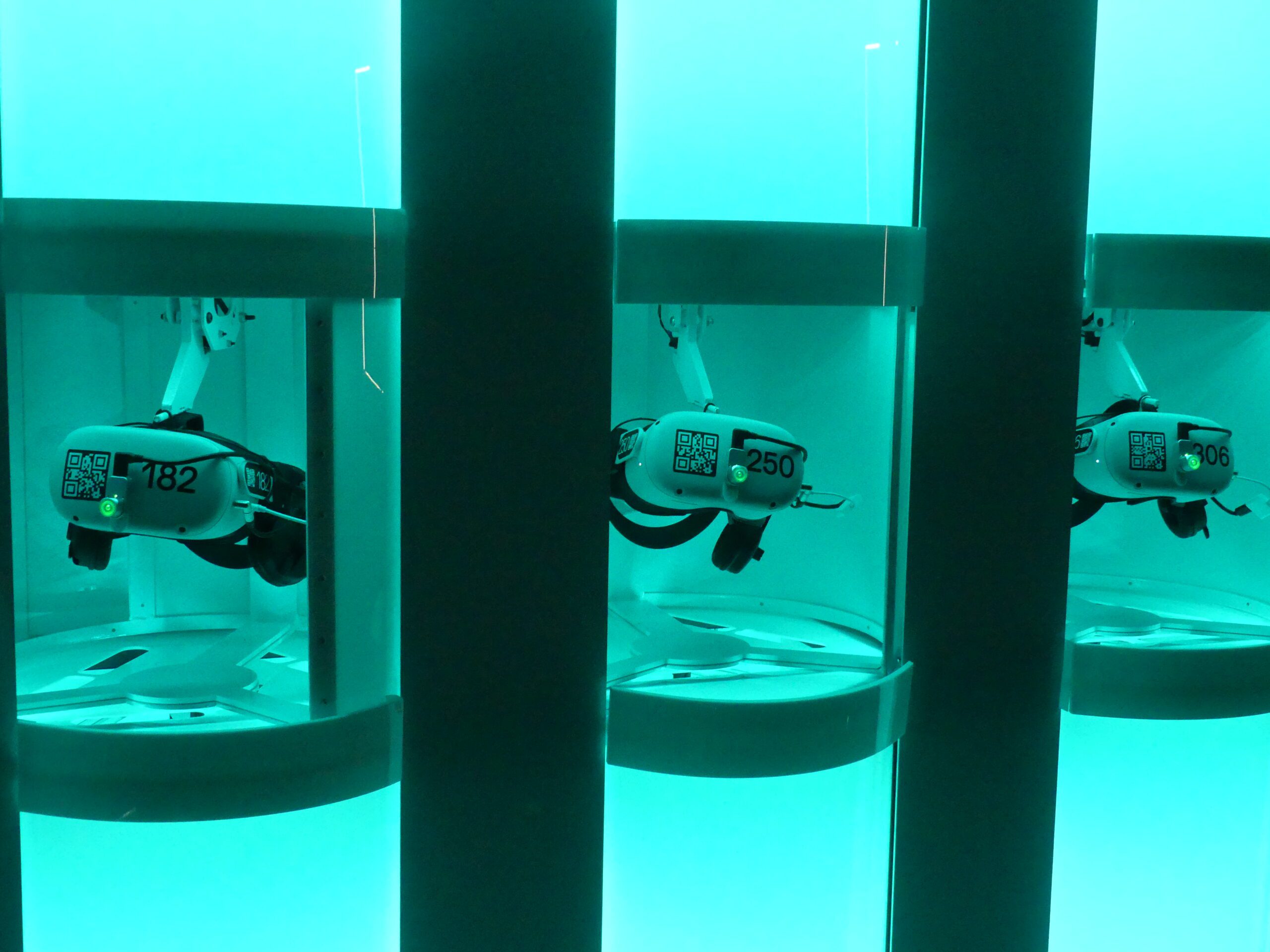 The INFINITE VR experience allows you to see through the eyes of an astronaut!

Humans have always looked up to the stars, however only a handful of individuals have managed to make the journey into space.

The INFINITE is a 60-minute VR experience – with original content filmed from the inside of the International space station, that is currently running at Montreal`s l’Arsenal Art Contemporain from July 21st  to Nov. 7th

A world premiere, this unique joint venture was the brainchild of Emmy-nominated Felix & Paul Studios and PHI Studio, two Montreal-based companies at the forefront of immersive entertainment and storytelling.

In the first part of the exhibit, participants are fitted with an oculus rift VR headset and get to enjoy a 35 minutes multi sensory, free-roaming VR journey into space aboard the International space station.

After a very realistic blast-off – complete with sound and lights effects, the participants are invited to roam the specially constructed to scale floor space of the ISS and encouraged to touch several of the scattered glowing blue and yellow orbs in order to access short videos of panoramic footage of the astronauts going about their daily lives in low Earth orbit.

Topics are quite varied and range from documenting plant growth in space to excercising and meal time with fellow crew members.

The final chapter of the VR experience allows participants to walk a lighted path lit by a stunning aurora borealis – to a designated seat where they can admire clear images of planet Earth as seen from the ISS.

PHI has always been dedicated to the marriage between art and technology as well as pushing the boundaries of what is possible.

The detailed 360 footage was captured in collaboration with NASA, TIME Studios and the ISS National Lab with a special camera that is currently still aboard the ISS.

Félix Lajeunesse of Felix & Paul Studios controlled the camera and directed the astronauts from Earth, continuing to produce original footage with the goal of producing similar exhibitions in the near future.

The Infinite experience is a poetic narrative that weaves art, science and technology together. The success of this exhibit lies not only in the development of new-media technology, but also to the willingness of the crew aboard the ISS to share the intimacy of their work and daily lives while they push the boundaries of science and knowledge.

After the free-roaming VR experience, the second part of the exhibit invites viewers to enter a room featuring immersive digital artwork by Japanese visual artist Ryoji Ikeda, commissioned specifically for the exhibition.

Ikeda’s piece, titled “The Universe Within the Universe,” is a giant screen fixed on a ceiling within a dark room that is reflected in a circular mirror on the floor – evoking a vortex that explores hidden micro and macroscopic facets and structures of nature.

The feeling of looking down into a mirror and being bombarded with data and fast imagery almost recreates the effect of being drawn into a massive black hole – you leave the room slightly dazed and with a changed perception of the infinite….

Your visit ends with a calming return to Earth through a “wormhole,” – by passing through a small stone filled room gently lit by overhead trees that represent the greenery of our home planet , visitors get to re-awaken their senses and re-capture what feels natural to them .

After spending so much time in space, how will your perception of Earth and what lies beyond be different from before ?

Similar to all VR experiences, the exhibition includes a standard disclaimer that those suffering from light sensitivity, seizures, who have heart problems or who experience claustrophobia may experience some level of discomfort throughout the exhibit.

However, the team worked hard to ensure that the experience remains accessible to a large net of participants including the elderly, those in wheelchairs or who are hard of hearing.

For children under 12 , the VR headsets are not recommended and instead the youths can be given interactive ipads to enjoy alongside their parents.

Once the run in Montreal is over, The INFINITE will be brought to Houston, Texas, before travelling around North America and Europe over the next five years.

For more details and to buy tickets, please visit the PHI Centre website.