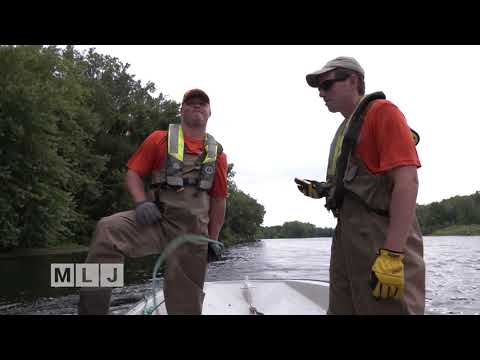 The Hunt for Round Goby

We follow a U.S. Geological Survey crew doing field research on the Champlain Canal looking for signs of a new invasive fish, the Round Goby, that could be a major threat to Lake Champlain
Research Biologist Scott George tells us about the survey work being done this summer to determine how far upstream the Round Goby has migrated since being detected at the confluence of the Mohawk and Hudson Rivers just last summer. As of August, the fish has reached the first lock, C1, in the Champlain Canal. The U.S.G.S crew is netting fish and doing eDNA sampling as it searches for signs of Goby.
Read Report on Champlain Canal eDNA Field Work: https://doi.org/10.5066/P9ZCMH8S