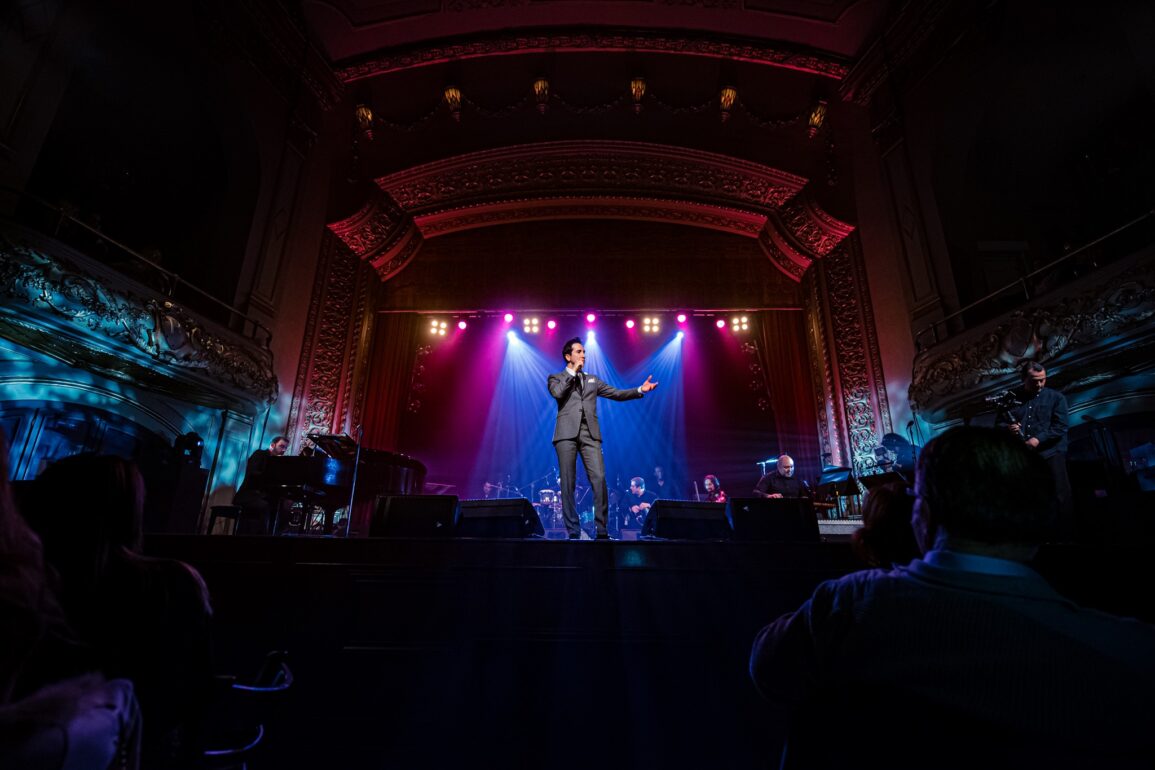 As surprising as it may sound, no crooner has ever performed in both French and English such a tribute to these two legends in a single live show.

Mardini’s motivation for doing so goes beyond the obvious. “I worship Sinatra and Aznavour. Their songs are the cornerstones of my repertoire, but there’s a more personal reason for bringing their music together,” explained Mardini.

“Aznavour and Sinatra were both children of immigrants, Armenian and Italian respectively. For an immigrant artist like myself, there is no bigger inspiration. It is an honour to keep their memory and songs alive.”

Matt Mardini Sings Sinatra and Aznavour will be his second concert at the Rialto in collaboration with the Syrian Cultural Center in Montreal.

Supported by a fifteen-piece band and backup singers, led by the accomplished musical director Arden Arapyan, the evening will showcase Mardini’s own arrangements of his favourite Sinatra and Aznavour hits.

Matt Mardini enjoys the reputation of being both a Syrian refugee turned accomplished Canadian artist, Crooner, and Entrepreneur.

Whether singing Jazz, Blues, Standards, Rock & Roll or Classics from the 40s up to the latest hits, this versatile musicman charm crowds in various languages including English, French, Spanish, Italian, Armenian, Russian and Arabic.

Across his musical journey, the crooner has performed countless live shows and touched audiences with his remarkable voice, energy and his interpretations of the most romantic songs of all-time, in Canada, the USA, Europe and the Middle East.

This Wednesday September 14th , Mardini is making the “improssible dream” a reality at the Rialto theatre.

He also highly encourages all audience members to find joy in the music and sing along in both languages.

“This is a show where everyone’s memories will come alive and everyone will find joy.” he explains …