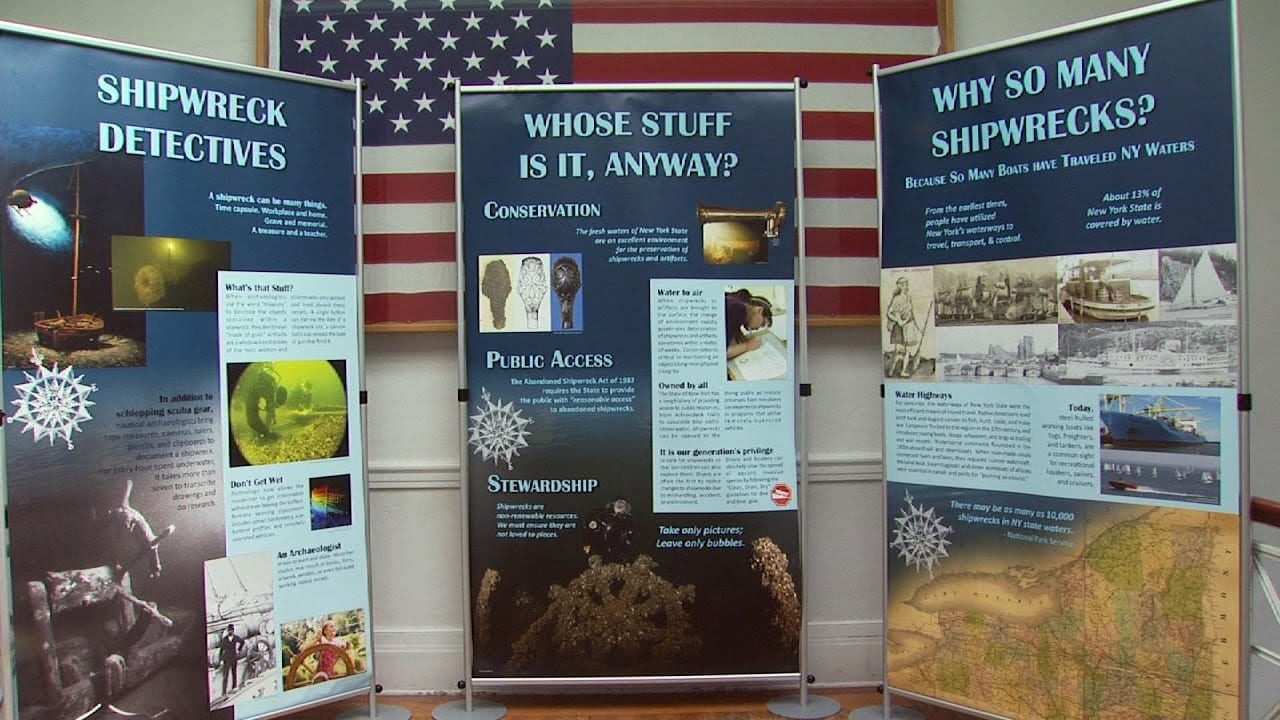 A new exhibit on display through April 28th at Plattsburgh City Hall tells the history of some of the most famous shipwrecks in the Great Lakes & waterways of New York. “The Great Shipwrecks of New York’s Great Lakes showcases a dozen shipwrecks spanning more than two centuries. From the oldest intact war ship in North America, in Lake George, to Benedict Arnold’s gunboat from the Revolutionary War that sits, nearly perfectly preserved, on the bottom of Lake Champlain. The exhibit is free and open weekdays from 8-to-4, in the 2nd floor atrium of Plattsburgh City Hall. It will be up the entire month running through Friday, April 28th.
Dave White from New York Sea Grant and Mark Malchoff from Lake Champlain Sea Grant join us to talk about these shipwrecks and efforts to preserve them. They also discuss other Sea Grant projects to protect New York’s lakes and waterways from invasive species.
Watch our extended interview to hear more about other Sea Grant projects, including stopping the flow of micro-plastics which may be threatening fish in Lake Champlain. Also, learn about efforts to protect historic shipwrecks by creating underwater sanctuaries and preserves.
To learn more: www.seagrant.sunysb.edu