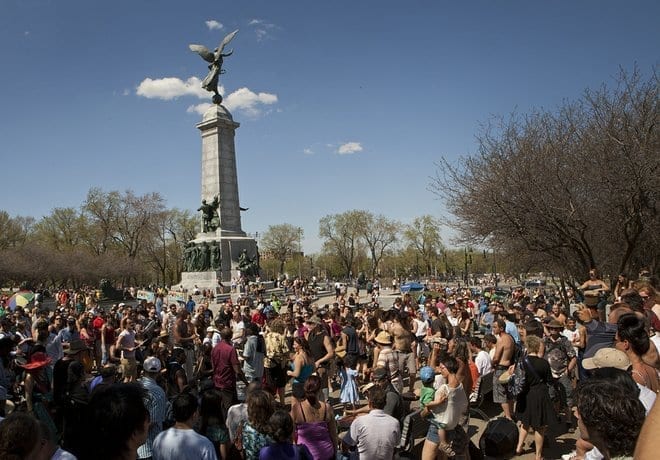 Here is a list of some of the top activities to do and participate in around Montreal this summer !

The city of Montreal is brimming with numerous festivals and activities to see and do. There’s more to summer than just the major events taking place around  Le “Quartier des Festivals”.

Below is a joint list compiled by Michael D’Alimonte (from MTL Blog) and myself of various fun and non mainstream events for young and old to participate in!

Have a great summer and please feel free to add events and activities below in the comment section !

24th edition of the Montreal Fringe Festival:  2- 22nd of June

Montreal Champagne – Race for the Weekend: at the beautiful Théâtre St-James: June 6th

Parc Exalto: Montreal’s acrobatic park is now open for you to enjoy

Aires Libres in the Village: now until September 1st

Shakespeare In the Park’s production of Harry the King: July 4th to August 2nd (multiple locations)

Walking with Dinosaurs :  August 13th to the 17th at Bell Center

Tall Ships On The Quays: September 12th to 14th

With so much going on ….What will you be doing this summer?