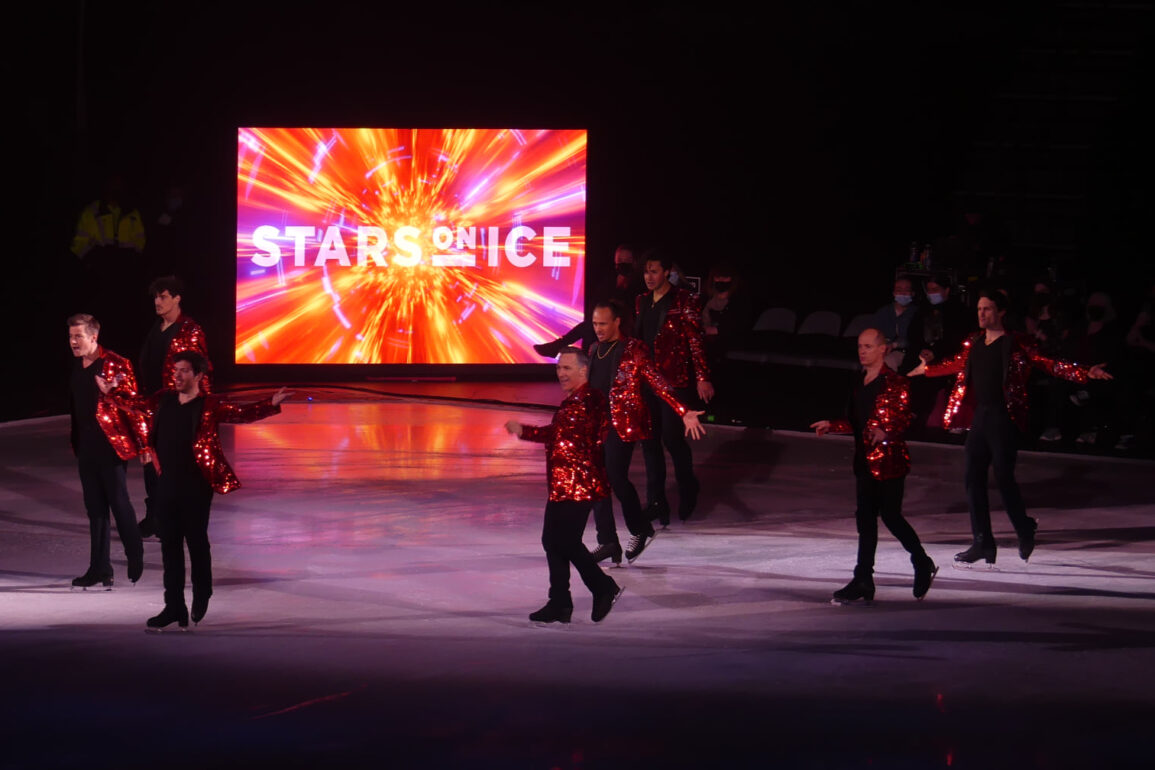 After missing two seasons due to the pandemic, the Stars on Ice tour is bringing figure skating back to its loyal fans across Canada!

Last night in Place Bell Laval , hundreds of fans came to show their love and support to the ice athletes, many of those who just earned national titles and represented Canada at the 2022 Winter Olympics in Beijing.

Attendees were treated to four spectacular group ensemble numbers, where the entire cast skated together. World Champion and three-time Canadian Champion Jeffrey Buttle
choregraphed each of these numbers !

Another highlight of the evening was a short explanative lesson on how to rate different levels of spins according to difficulty.

Also, all in attendance were encouraged to donate to World Vision using a QR code that was displayed on one of the two giant screens on ice :

The show finale was a catchy Elton John medley, featuring the entire cast adorned in a jaw-dropping collection of costumes fashioned after iconic looks from the career of Sir Elton.
All the group number costumes were created by Canadian designer Mathieu Caron,
who is from just outside Montreal.

Next performance in Canada will be held: