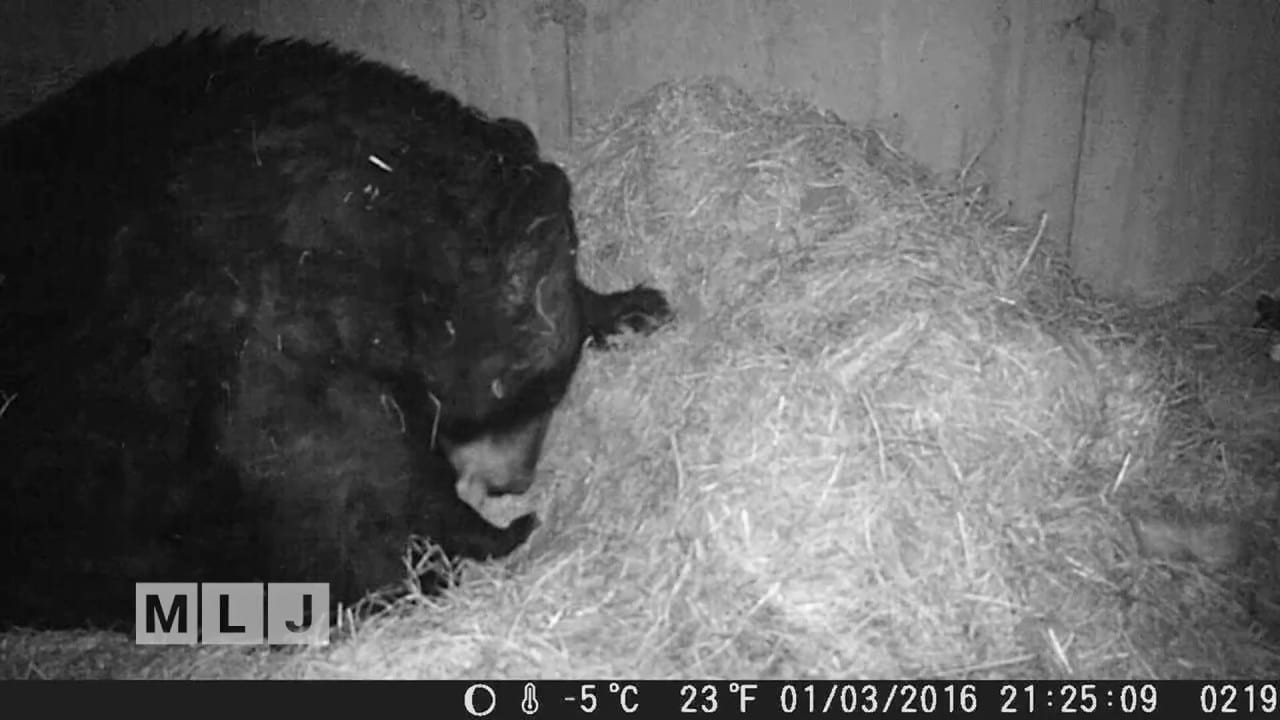 The big surprise, actually the two little surprises that arrived at the a wildlife refuge in the Adirondacks. The Adirondack Wildlife Refuge is home to many wild animals, but their primary mission is rehabilitation. This past fall, they got a call that a sick black bear was coming into people’s back yards near Schroon Lake looking for food. They brought the bear back to their rehab center in Wilmington and began sharing the story of the bear’s recovery on Facebook, and even named him Barnaby. Hundreds of people donated food and supplies for the bear’s recovery. In a few short months the bear gained 100 pounds and began hibernating. It was during the winter that the staff was surprised to discover that Barnaby was actually a she. They were even more surprised when the bear gave birth to twin cubs a few weeks ago. Though the bear’s story has been shared online through videos and photos, the refuge says it can’t allow any visitors to see them in person. They are planning on releasing her and her cubs back into the wild in just a few months. You can follow them on the Adirondack Wildlife Refuge’s Facebook page. www.facebook.com/AdirondackWildlifeRefuge