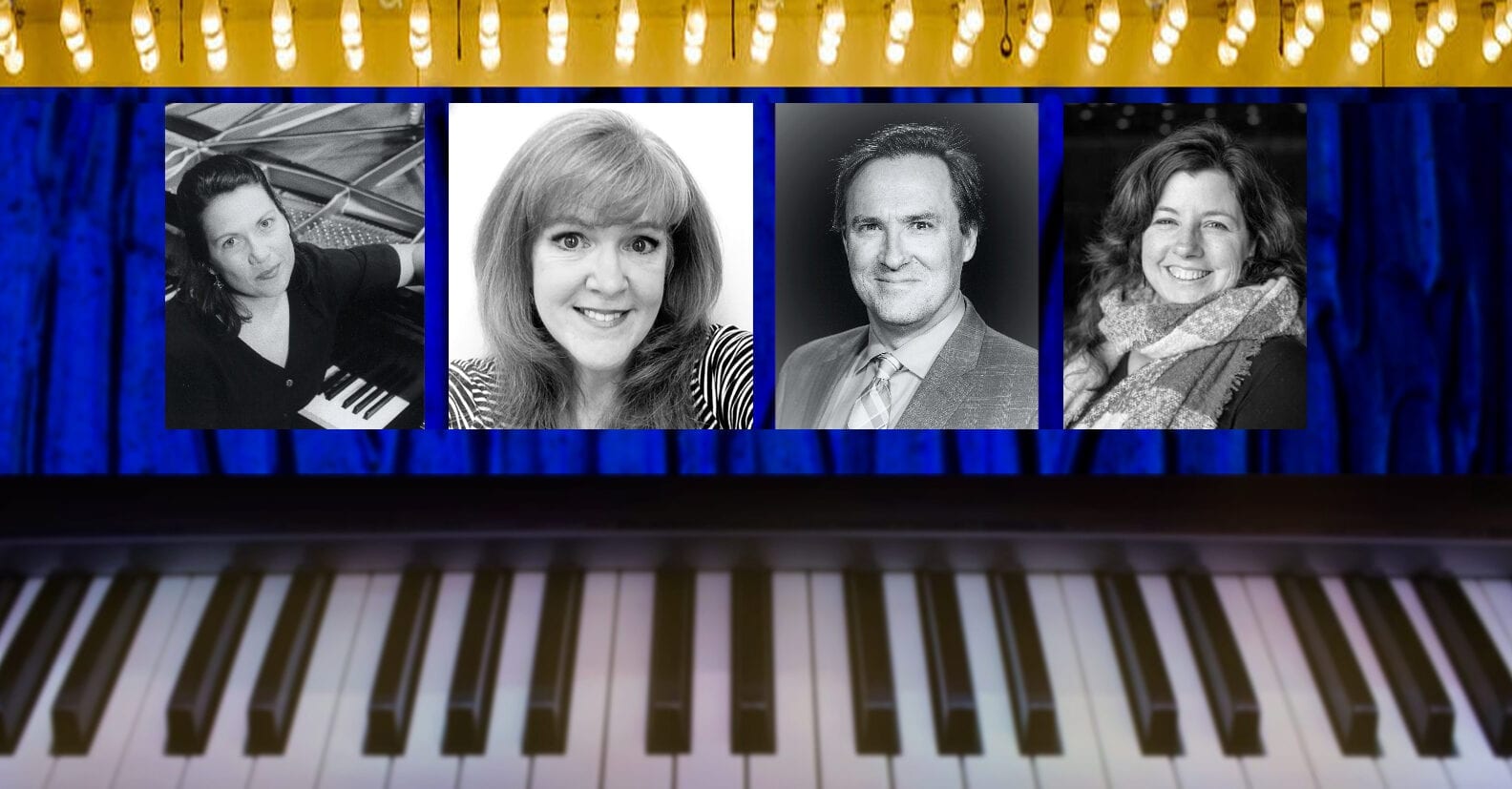 Vocalists and pianists offer you an enchanted Harborside evening

Husband-and-wife duo Bill and Brenda McColgan, singing sensations whose talents have been widely praised in professional venues in Boston and across the Northeast, are now treasured performers throughout the North Country’s musical theatre scene, including leading roles at Westport’s Depot Theatre, the Essex Community Theatre, and Plattsburgh’s Strand Theatre. When Mr. McColgan isn’t belting out Broadway tunes, he’s working as the CEO of Mountain Lake PBS!

This Saturday, the singers will present a litany of Broadway’s best solos and duets, as they join forces with piano pros Jennifer Moore and Rose Chancler. The music includes the wickedly funny “A Little Priest” from Sweeney Todd, and the hauntingly emotional “All I Ask of You” from The Phantom of the Opera.

In addition to the best of Broadway, the program will also include classical pieces beloved by children and the young at heart around the world, two favorite works arranged for four-hands piano and narrator:  Sergei Prokofiev’s Peter and the Wolf and Camille Saint-Sean’s Carnival of the Animals. The McColgans and concert organizer Benjamin Pomerance will narrate these timeless treasures.

The musicians will perform on the stage of the city’s portable bandshell, stationed in the parking lot near Dock Street, close to the Plattsburgh City Marina.

Tickets for this Curbside at Harborside show are available (cash only) Saturday evening at the Harborside Lot entrance. Vehicles will be parked first-come, first-served by the volunteer parking attendants on site. All attendees must bring with them a face mask to wear whenever they exit their vehicles. No alcohol and no pets will be allowed on site. Refreshments will be available for sale before and during the concert.

9/12  Battle of Plattsburgh Concert with Stan Ransom, The Too Tall String Band, Peter Cadieux and The Jolly Rogues

Add Your Voice to the American Portrait!