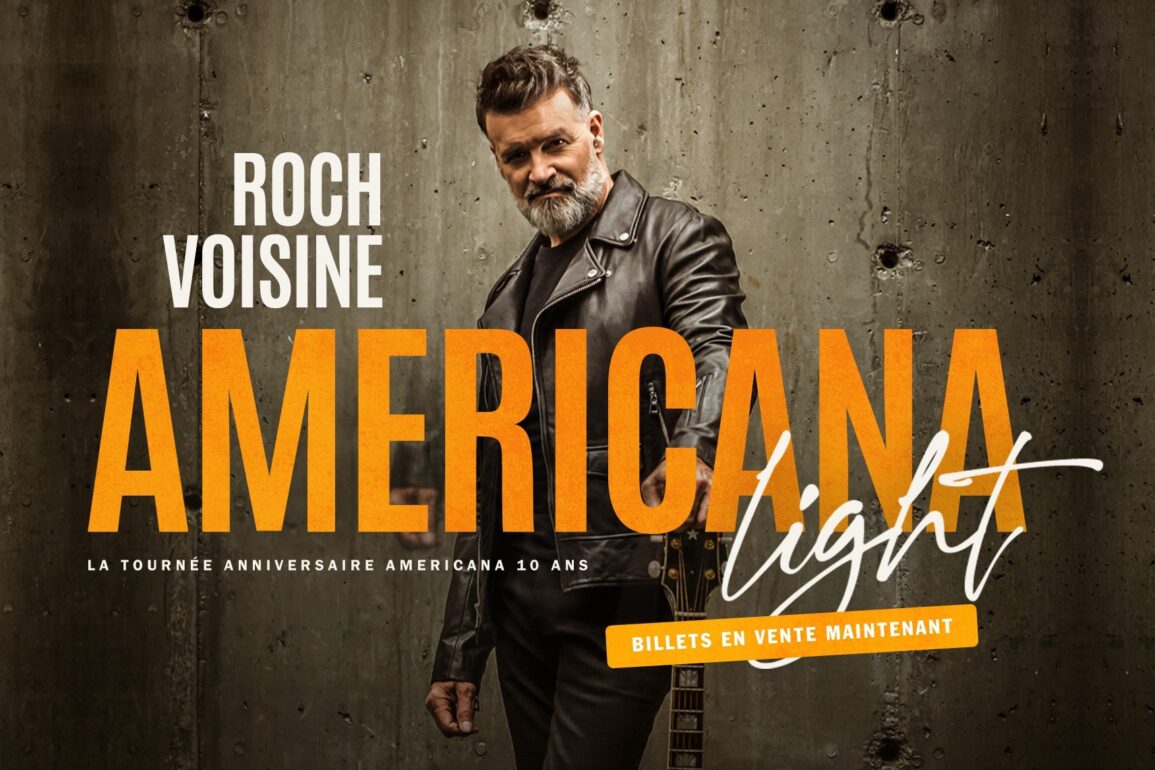 From the 18th to the 20th of January come to the Cabaret of the Montreal Casino to enjoy an energy infused show by one of Quebec’s greatest singer-songwriters !

Surrounded by 4 amazing live musicians, Quebecer Roch Voisine is back on the road with his show Americana Light.

This public will get the chance to hear some unreleased songs that celebrate the 10th anniversary of the Americana phenomenon!

Expect a night of great American country-folk-rock hits from the 50s, 60s and 70s that pay tribute to the giants of the genre such as Willie Nelson, Elvis, Roy Orbison, Neil Young, Willie Lamothe, Johnny Cash and so many others.

“Crazy”, “Suspicious Minds”, “Mille après mille”, “Take it easy”, “Always on my mind”, “Ring Of Fire”, “City of New Orleans / Hi lovers”, “Pretty Woman”, “Sundown” or even “Heart Of Gold” are some if the titles on the program that are sure to make you sing along all evening long.

Roch and his crew are taking this show on tour throughout Quebec and Europe from March 2023!

Canadian singer-songwriter Roch Voisine produces both English- and French-language works. In 1994, he took home the Male Vocalist of the Year Juno Award. He also received the title of Officer of the Order of Canada in 1997.

This multi-talented artist has also gained recognition as an actor and radio and television broadcaster both here and overseas and he currently divides his time between Montreal and Paris.

The Cabaret du Casino de Montreal is a 604-seat, multi-functional hall that hosts banquets, dinner shows & other live entertainment to patrons 18 years of age and older.

On-site parking is free and there is a full service bar available.

Admission restricted to patrons 18 and over.