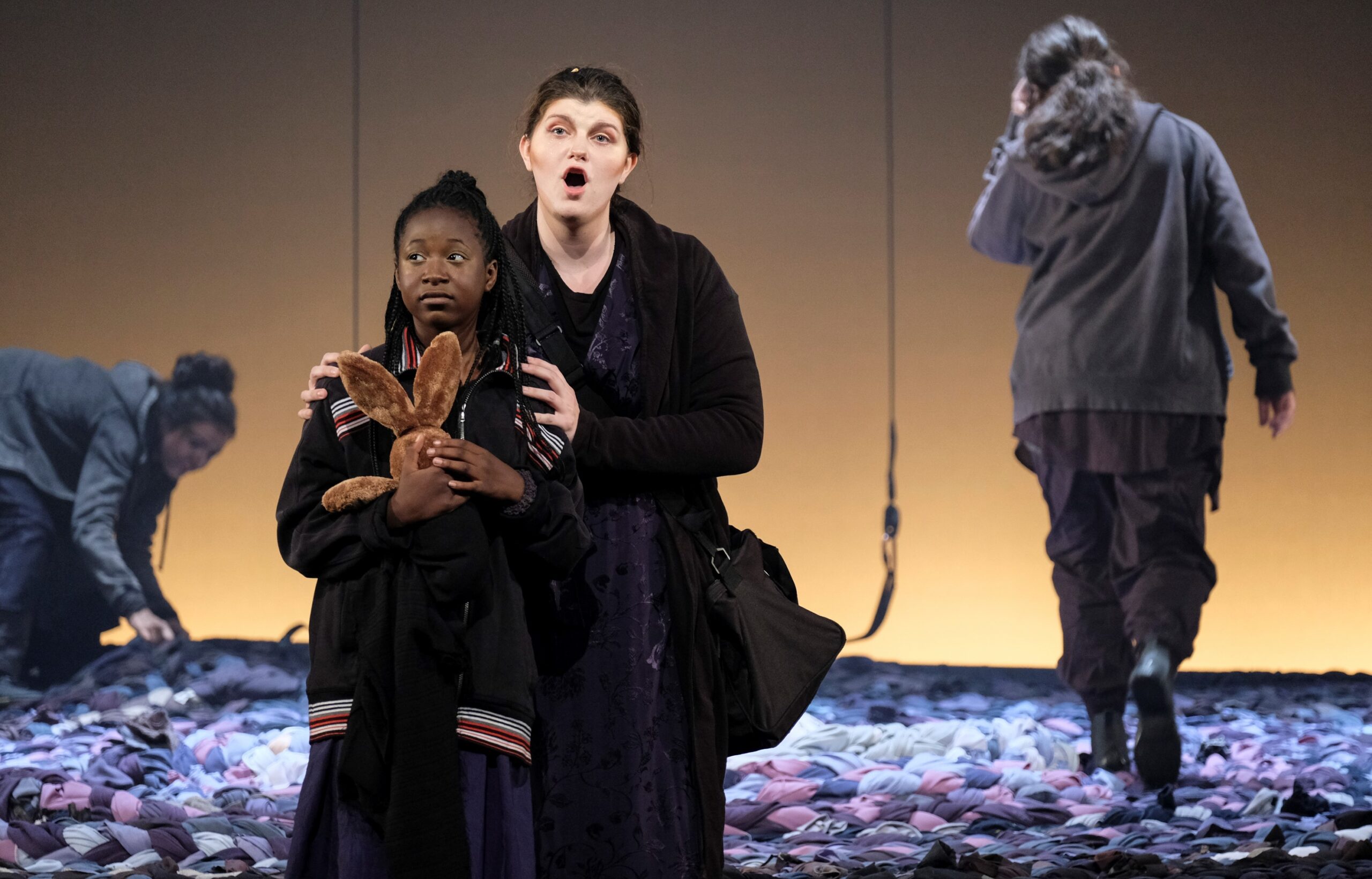 Mortality is a sure eventuality of any human life.

Since one doesn’t know the exact hour or circumstances of our demise, it becomes important to treasure the time we do have.

One way humans have always expressed our emotions is through songs and music and Gen’s Delights is happy to say the art of beautiful singing is alive in the heart of Montreal!

Ballet-Opéra-Pantomime (BOP) and Montréal‘s I Musici chamber orchestra are joining forces with the Opéra de Montréal ‘s Atelier Lyrique for a powerful double bill in which the sea has a starring role. The sea that feeds us… but that also robs us of life.

Enjoy Riders to the Sea, as well as a new French creation: Le Flambeau de la nuit that mirrors the same themes of motherly love, loss and despair as both operas weaves together a unified dramatic structure that looks both to the present and back to the past.

RIDERS to the SEA

Riders to the Sea is a short one-act opera by Ralph Vaughan Williams, based on the same titled play by John Millington Synge. The opera was premiered on December 1st 1937, at the Royal College of Music in London and has remained mostly a student and amateur piece until it entered the repertoire of Sadler Wells in 1953.

We are transported to a coastal home in Nothern Ireland. The matriarch Maurya has lost all her sons to the cold depth of the sea. Her daughters Cathleen and Nora are distraught because a priest has brought clothing remains of their brother Micheal whose body has been washed ashore. Bartley -Maurya’s one remaining son announces his departure for the horse market in Connemara much to the despair of his mother who laments that she will be left with no more sons.

Fatality strikes and Bartley drowns when his pony throws him overboard into the sea. Hearing that all her sons have been taken from her Maurya declares that the sea no longer has a hold on her and that she can again be at one with her surroundings.

No man can live forever- and one must be satisfied.

This one act opera is introduced through a transition that includes the lowering of a giant weaved cloak and the angelic singing of a choir composed of 25 young musicians, all from joseph-françois-perrault school, in the Saint-Michel district.

On another bustling shore, a crowd of refugees has gathered.

Recently fled from their burning city, a single mother tries to to barter safe passage for her and her child aboard a boat with a stern ferrywoman. They are initially refused as the boat can only hold so many, but the other passengers take pity on them and the ferrywoman agrees to take them on board.

The child becomes a sort of “guiding light” with piercing premonition that detect passing coast guards and guides the passengers through the darkness of night. However the winds start rising and the boat is slowly filled with water with no solid ground in sight…

A mightly storm hits the boat with full force and the child is swept away . Left alone and in despair, the mother arrives on the destination shore that would never have been ready and proper for her child.

Sung in English and French with overhead surtitles.