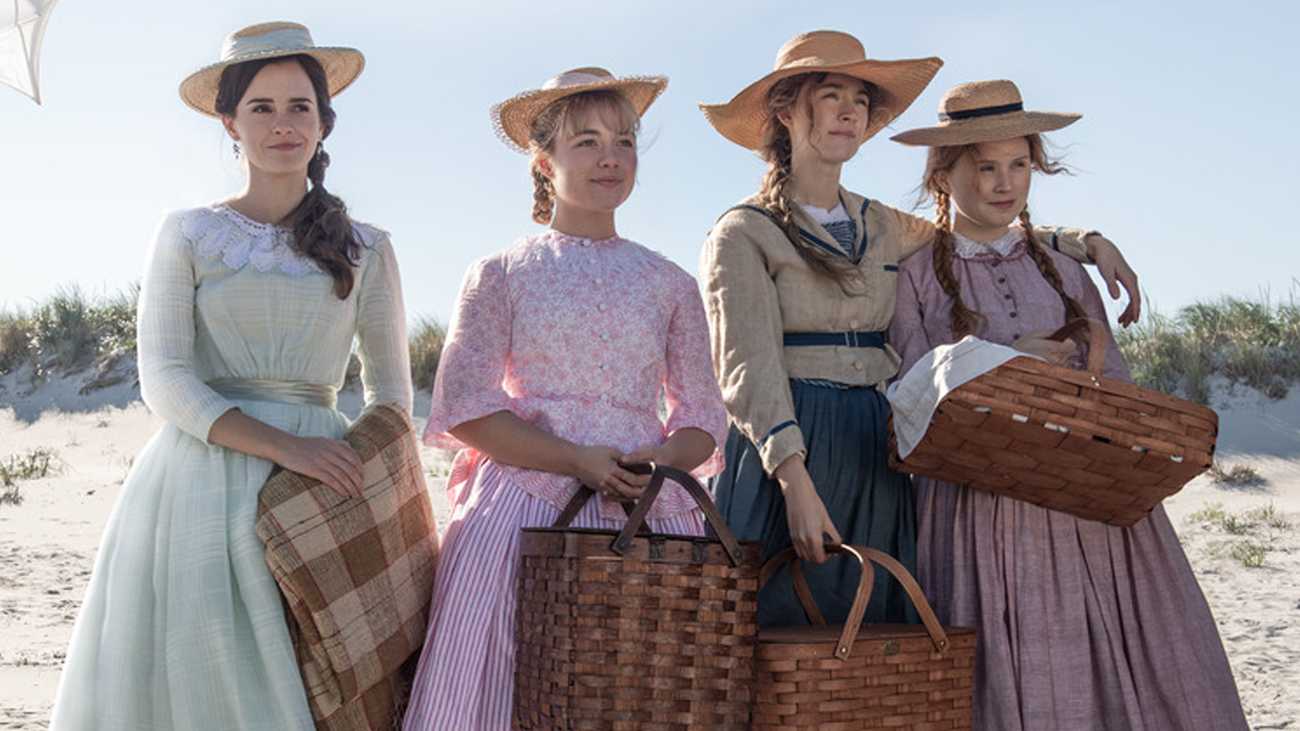 With the Holidays just around the bend, it is the perfect time to see up on the silver screen the family friendly retelling of Little Women; the latest film adaptation of Louisa May Alcott’s (1832–1888) popular young adult novel of the same name, that depicts the convivial passage from childhood to womanhood of the four March sisters: domestic Meg, spirited Jo, homely Beth and artistic Amy.

Set during the Civil War-era in Massachusetts, this 2019 period drama adaptation is directed and written by Greta Gerwig who is at the helm of this project following the impressive success of her directorial debut Lady Bird and features a star studded cast with Saoirse Ronan (nominated for 5 Oscar) as the boyish and fiercely independent Jo March, Emma Watson as her elder and more traditional sister Meg , Meryl Streep as the aged but wise great-aunt March and Timothée Chalamet  (Lady Bird) as the charming ‘boy next door’ Laurie, in this stirring tribute to sisterhood, family values and making one’s path in the world.

The original novel was loosely autobiographical and depicted the author and her three sisters’ lives during a time when women’s roles were limited and defined as generally inferior to their male counterparts.  With Meg getting married young and prizing virtue over wealth she becomes the mascot of domesticity in stark contrast to the feisty character of Jo , to whom Alcott showed a distinguished preference by making her both the de facto protagonist of the book and the feminist “ ideal women” stand-in for the author.

I really enjoyed the fact that Gerwig stuck to the original source material of the novel but brought to the film a warm and re-contextualized depiction of all the characters by telling their stories and the individual mishaps they faced through a non-linear narrative.

The opening sequence shows the March girls in young adulthood with Jo visiting a New York publisher with the hopes of starting a literary career. Subsequently, the narrative fluctuates back and forth between memories of their rosy and joyous childhood and then showing in a somewhat more stark and grayer contrast their current adulthood status and the harsher realities of life they have to face: ( getting a job, illness, facing financial difficulties and navigating tricky romantic relationships).

All the “little women” are good role models for children of today: They give up their Christmas breakfast to help out a poor, starving family, they care for the sick and elderly and stay by the sickbed of their own family members, they put aside vanity and pride to sacrifice for their loved ones and they pursue romantic relationships based on pure emotion rather than just for gain – The film promotes core values that parents can approve of in this day and age.

With Little Women, Gerwig delivers a warm heartening screen adaptation of a beloved classic, just in time for the Holidays!

Little Women, written and directed by Greta Gerwig, is the eighth film adaptation of this novel and set for release by Columbia Pictures on December 25th, 2019.

For more information on the film and cast please visit the official film website :