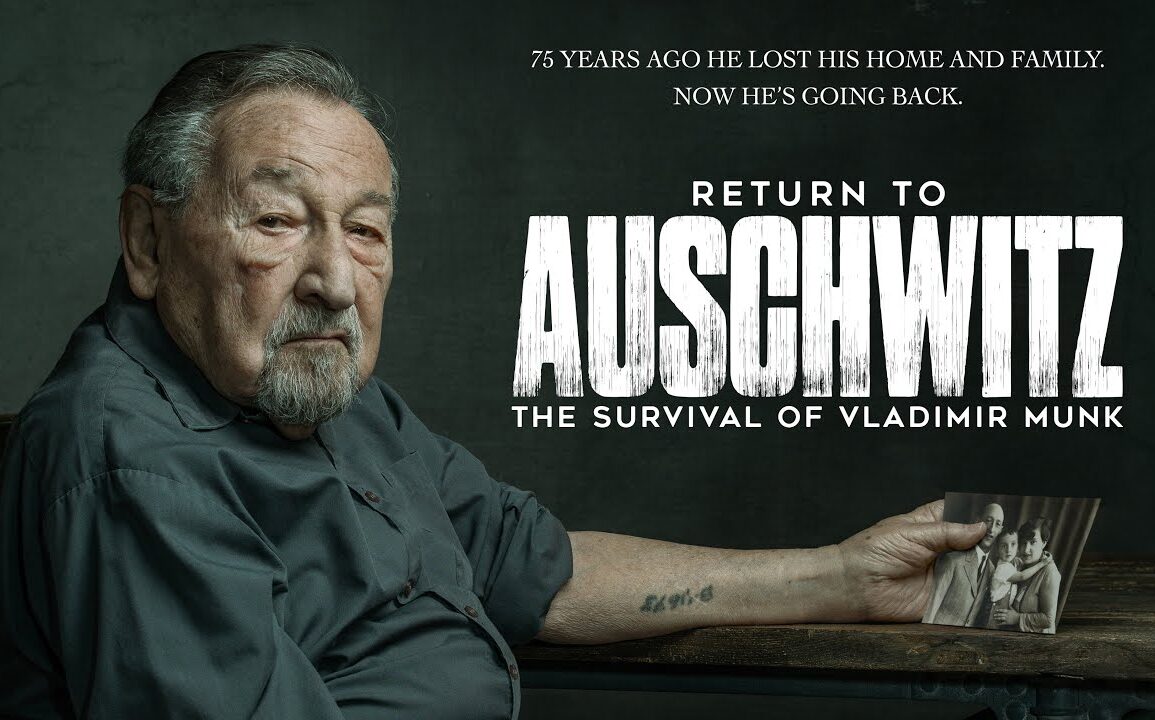 For next week’s Watch & Wonder Highlight, we’re thrilled to feature the film Return to Auschwitz: The Survival of Vladimir Munk. After watching, dive deeper with resources about the life of Czech Holocaust survivor Vladimir Munk on PBS LearningMedia.

On the 75th anniversary of the liberation of Auschwitz, we follow the unique and personal narrative of Vladimir Munk, a survivor of the Holocaust. Return to Auschwitz: The Survival of Vladimir Munk introduces us to Dr. Munk, a retired professor at the State University of New York (SUNY) Plattsburgh, as he shares his experience of surviving the Holocaust and his emotional return 75 years later, to the place where most of his family was murdered. Now in his 90s, it is a stark reminder that so many survivors of the Holocaust are no longer with us.

Grades 6-12
Examine the role antisemitism and the Nazi culture of hate played in the life of Czech Holocaust survivor Vladimir Munk. Students follow Munk from his childhood in post-WWI Czechoslovakia through his deportation first to the Theresienstadt camp-ghetto and then to Auschwitz-Birkenau, where his parents were murdered. Finally, students see Munk’s return to Auschwitz at the age of 95, where he grappled with the legacy of the Holocaust and his own survival.

In school or at home, take advantage of the Watch & Wonder broadcast schedule. Running each weekday from 1-3 PM, Watch & Wonder is great for classroom viewing, distance instruction, and families looking to spend some extra, quality time together. Featured programs are ideal for kids in grades 6-12, encouraging creativity with the arts, kick starting innovation through STEM, and expanding their horizons with stories from across the globe!

Each week, we’ll highlight a show from our Watch & Wonder block, and share a PBS LearningMedia resource — suitable for middle and high school students. Follow along on the Watch & Wonder Schedule page, or subscribe to our newsletter!