Poutine Week is here for its third edition in Montreal

Have a food craving that just needs to be satisfied?

You haven’t had a real taste of Montreal until you’ve sunk your teeth into a delicious, greasy, curd-cheese filled epic delight known as POUTINE!

Worshipped by both tourists and locals alike, the fries topped with hot, light-brown gravy and curd cheese meal is commonly hailed as THE DISH to try here in Montreal.

Poutine’s origins are rather humble: local lore goes that restaurant owner Fernand Lachance exclaimed; “ça va faire une maudite poutine” (“it will make a damn mess”) when asked by one of his regular customers Eddy Lainesse, to put a handful of curd cheese on some French fries. Hot sauce was added later to “keep the fries warm”.  With time this fast food dish quickly became an institution in Quebec and spread in popularity across Canada with several restaurants, bars and ski resorts incorporating the dish into their regular menus.

Here in Montreal, several specialized poutine restaurants have been opened across the city including a local favorite La Banquise that is open 24 hours!

For those who want to try variants of the original recipe, La Poutine Week is back again in Montreal for its delicious 3rd installment and is running from February 1st to the 7th.

Created by local entrepreneurs Na’eem Adam and Thierry Rassam (who also run Le Burger Week in September), La Poutine Week is a fun contest in which 40 participating restaurants must create a special poutine especially for La Poutine Week. Participating restaurants will be putting forth their best creations for public consideration in Montreal, Quebec City, Toronto, Ottawa, Sherbrooke and even New York City!

Poutine lovers are encouraged to taste and then vote for these never-before-seen poutines on the website www.LaPoutineWeek.com.

Several winning poutine titles such as the Judges’ Choice, Most Popular, Healthiest and the “Imposter” (i.e. not a real poutine!) are also up for grabs!

I am personally looking forward to trying the Russian-inspired poutine created by restaurant Lola Rosa that has made their 2015 entry vegetarian and gluten free. It is tantalizingly topped with a Romanoff sauce made from raspberries and vodka and garnished with caramelized onions!

Overall poutine week is a wonderful and fun opportunity for food lovers or first timers alike to enjoy the wide range of poutine that is available!

For those who want to attempt trying all 40 varieties over the next 7 days (and achieve everlasting Internet glory)…there is even a special prize category for the top poutine eaters!

Calories do not have to matter as prizes include gym passes and other neat, health related goodies! 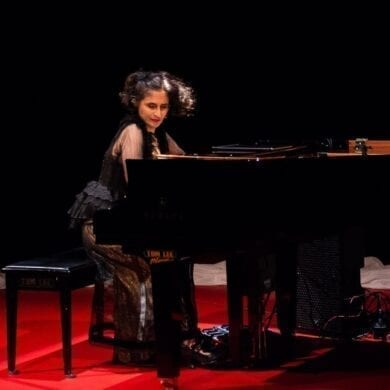