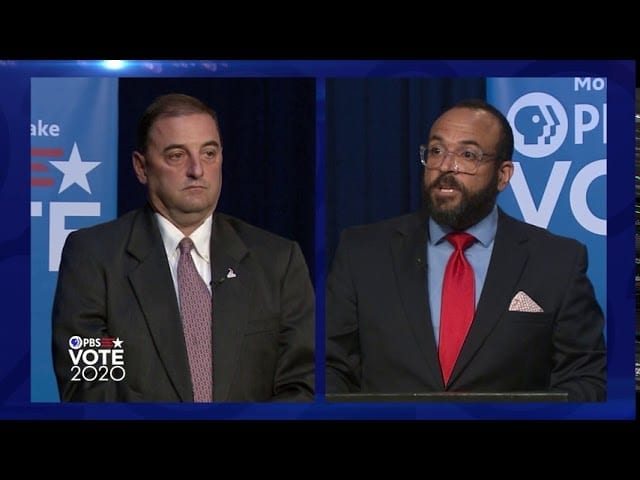 This week we host a one-hour debate between the two candidates running to be mayor in the city of Plattsburgh.

Chris Rosenquest is currently a Clinton County Legislator for Area 9. He is running on the Democratic and Working Families Party lines.

Scott Beebie is a former police lieutenant. He retired in 2017 from the city police force after 28 years of service. He is running on the Republican, Conservative and Independence Party lines.

Joe LoTemplio, Editor-in-Chief with the Plattsburgh Press Republican and Pat Bradley, North Country Bureau Chief with WAMC Northeast Public Radio were our panelists. They asked the candidates questions about the city’s downtown development project, budget cuts due to the COVID-19 pandemic, racism, affordable housing, and transparency in government.

Chris Rosenquest defeated the current Mayor, Colin Read, in a Democratic primary in June. Mayor Read is serving through the end of the year.

Mayors serve 4-year terms in the City of Plattsburgh.