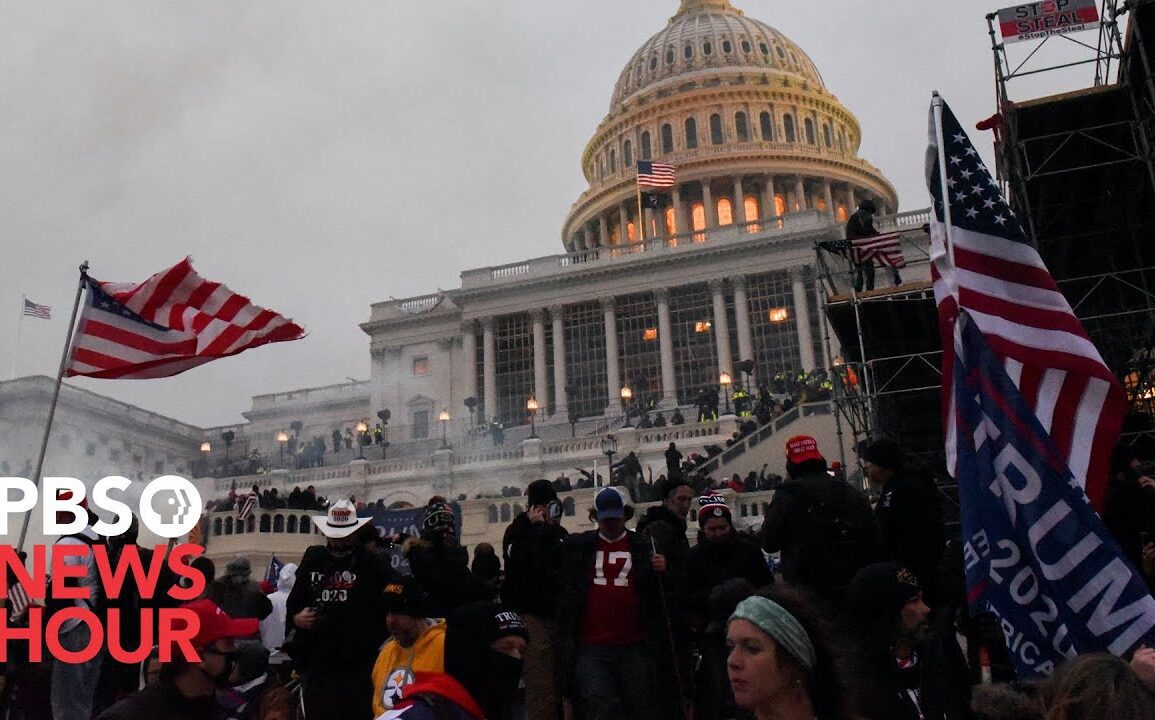 Warning: Video and audio played during this hearing may contain violence and explicit language.

The House select committee appointed to investigate the violent insurrection that occurred Jan. 6 at the U.S. Capitol begins its hearings on Tuesday, July 27. Members of the Metropolitan Police Department and U.S. Capitol Police are expected to testify about the violence and fear they experienced that day, and how the attack has continued to affect them long after.

The storming of the Capitol, which killed at least five people, took place as Congress was in the process of certifying the Electoral College results of the 2020 election for President Joe Biden. Earlier that day, at a rally on the National Mall, then-President Donald Trump repeated false claims of voter fraud and a stolen election as he urged crowds protesting the results of the election to walk down to the Capitol to take a stand against “this egregious assault on our democracy,” also calling on then-Vice President Mike Pence to reject the election results. Speaker of the House Nancy Pelosi has promised the committee, led by Mississippi Democrat Rep. Bennie Thompson, will “get to the truth” of what happened that day. Republicans, who have been wary of crossing Trump, have criticized the process. House Minority Leader Kevin McCarthy recently withdrew the names of five GOP appointees after Pelosi rejected the participation of two of them.