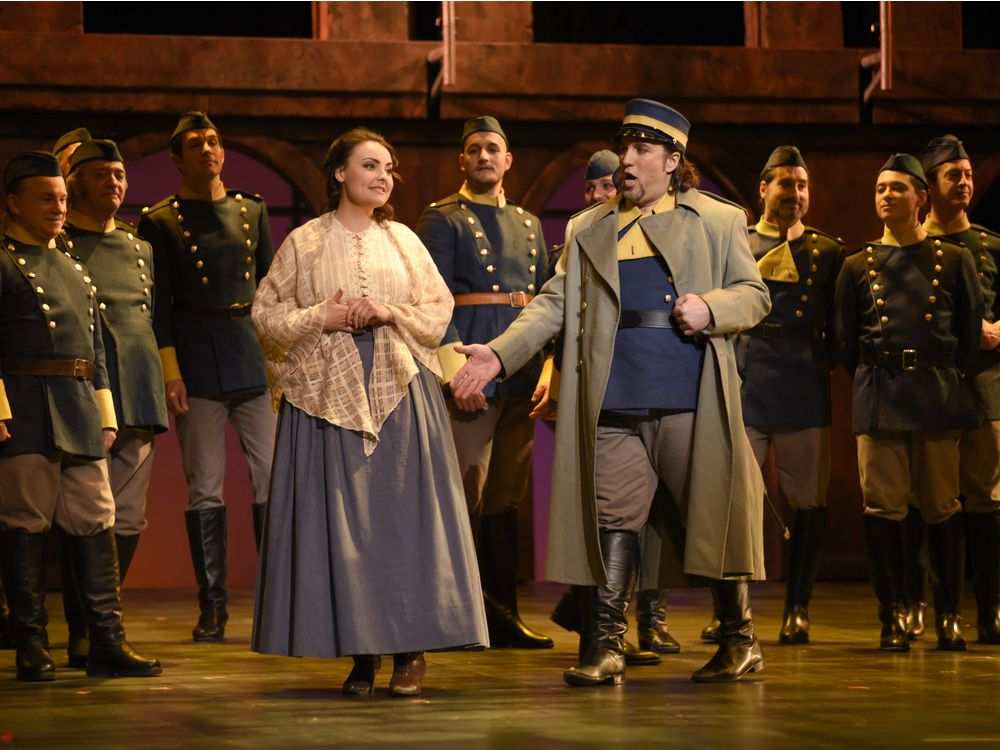 Opera to Rock…Music to be enjoyed by all !

Carmen – An operatic classic returns to the city after 14 years!

“Free she was born, and free she shall die.”

This past Saturday, l’Opéra de Montréal opened the curtains on a “made in Quebec “  version of Georges Bizet’s Carmen – directed by renowned filmmaker Charles Binamé, a film director best known for his work in television and cinema.

The opening performance on May 4th in Place des Arts was the first by Opéra de Montréal in 14 years!

Binamé directs a talented young cast of Canadian artists for this four act opera – a beloved classic of opera repertoire by French composer Georges Bizet that whisks audience members to the heart of a tobacco factory in Seville.  Darkly shaded sets by Olivier Landreville and a subdued wardrobe conceived by Dominique Guindon, set the mood for this period piece.

The run is SOLD out for Binamé’s Carmen that will be repeated May 7, 9, 11 and 13 at Salle Wilfrid-Pelletier of Place des Arts.

** Thanks to Monica Wong for her coverage of the show.

He is a Blues legend of the Montreal nightlife since the early 80’s – Tonight, harmonica in hand, Jim Zeller will launch his latest album:  “Blues from Another Planet” at Rosewood in Old Montreal (60 St- Jacques Street) – Best of all, the concert is FREE and open to the public!

This virtuosic harmonica wizard, best known for his regular performances on St. Denis street,  is about to release his 6th album which includes nine original compositions as well as a version of the Ennio Morricone’s classic, The Man with the Harmonica.  The album is psychedelic Blues at its best, declared Zeller with a smile.

Age is not a factor for Zeller who is celebrating his 65th birthday this year.  The artist is planning numerous concerts and working constantly on new pieces.

The new album is coproduced by Zeller along with engineer/musician Olivier St.Pierre at Tonebender Studio. Some of Montreal’s finest musicians collaborated on the album including the brilliant Jimmy James, Carl Dutremble on guitars, Bingo Deslauriers on drums and the legendary Marc Deschenes on bass. Larry Cohen also performs on the piano on a couple of songs.

For an energetic evening with amazing musicians, come down to Rosewood this evening and see why Zeller is setting the Rock Blues world on FIRE!

Open to the public