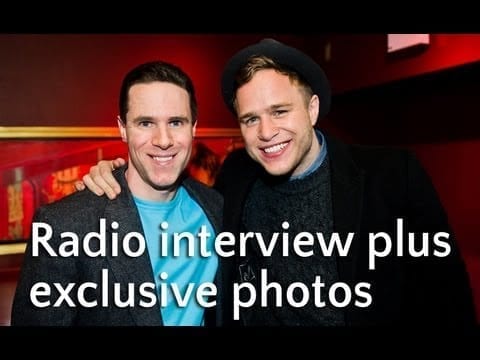 RADIO INTERVIEW – NEW YORK, IRVING PLAZA. – After four number one singles in the U.K. and three successful albums, British popstar Olly Murs aims for success in America. He chats with Paul Larson about performing concerts for his U.S. fans, singing with the Muppets, and going on tour with Robbie Williams. This interview was originally broadcast on 93.3 WSLP FM in Lake Placid, New York, B-100.7 in Plattsburgh, New York, as part of a British music celebration on February 20, 2013.

Larson wrote about his interview with Murs in the magazine Dress to Kill. The written article is here: http://dresstokillmagazine.com/american-dream/