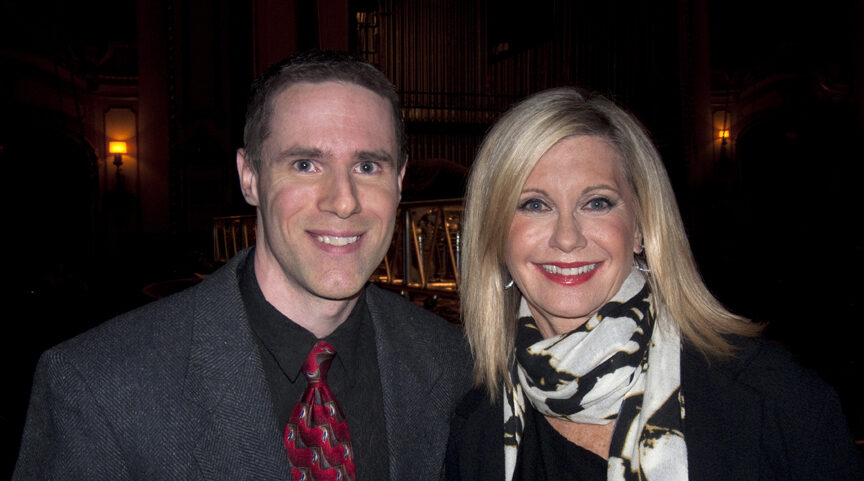 Olivia will be missed even as her star shines on

Dame Olivia Newton-John will live on in classic recordings and unforgettable films.  As a kid, I was enraptured by her portrayal of a muse in the movie Xanadu.  According to Greek mythology, the muses are nine sister goddesses who inspire arts and creative ventures. I’ve been chasing after muses ever since.  Even caught a few.

I was pondering the anniversary of the release of Xanadu (August 8, 1980) when the somber news of Olivia’s passing broke.  Of course I am sad, but I am also grateful for the many ways in which she left this world a better place.  During her 73 years Olivia raised awareness and millions of dollars for cancer research and treatment.  Her philanthropy included animal welfare and the environment.

She also left behind a brilliant legacy of creativity and talent.  Through my car stereo this morning, I was listening to Olivia duet with another immortal, Gene Kelly, singing the lyric “I only have to close my eyes, dear, and suddenly I’m where you are.”  As I listened, I realized her voice sounds as beautiful and lively as ever.  So long as recordings and motion pictures exist, we’ll always have access to the incomparable Olivia Newton-John.  She will not cease to entertain, and like the muse that she is, she will continue to inspire.

In 2007, Olivia Newton-John’s “Live at the Sydney Opera House” special aired on PBS stations across the country.

Article about the passing of Olivia Newton-John from PBS.org