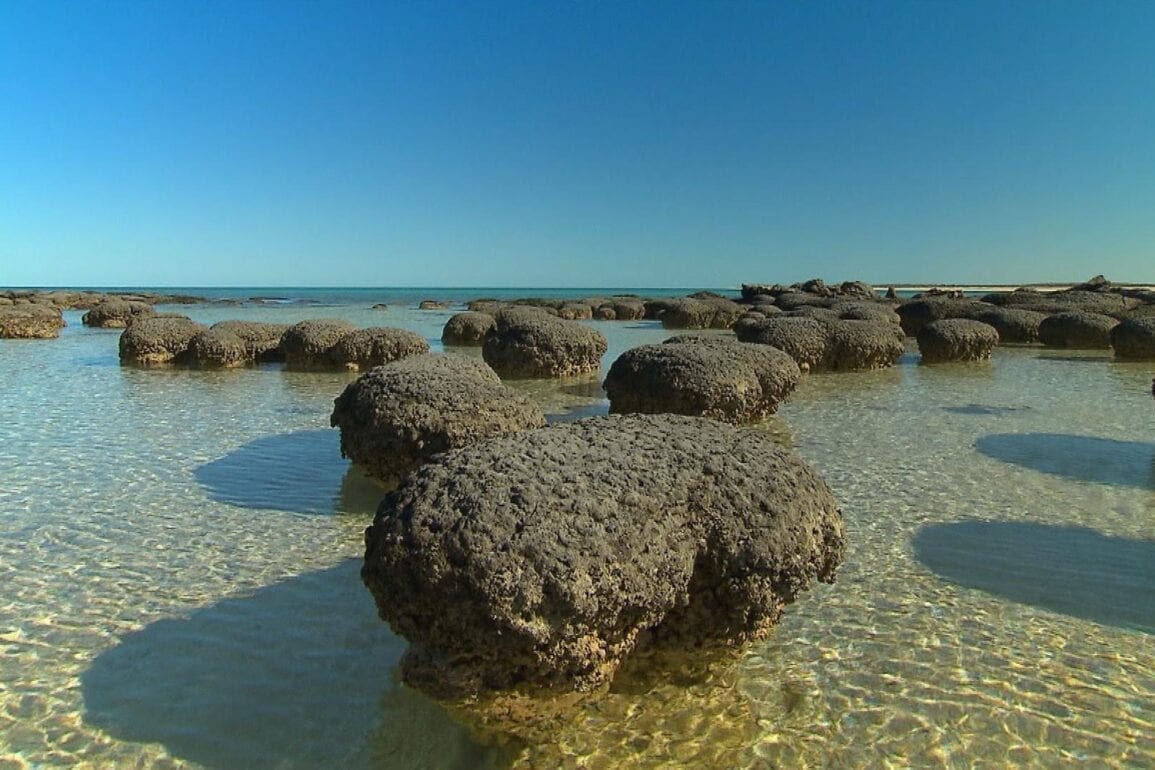 For this week’s Summer Spark we’re thrilled to highlight this episode of NOVA: Australia’s First 4 Billion Years. Take a look and then dive deeper with resources about megafauna fossils, the evolutionary history of the kangaroo, and more on PBS LearningMedia.

What can Australia reveal about how Earth was born and how life took hold? Join NOVA and host Dr. Richard Smith as they journey back to the very beginning of the Australian story in “Awakening.” The first stop is Western Australia, around four and a half billion years ago, where we encounter an Earth shortly after its fiery birth. Hidden in the red hills of Australia are clues to the mysteries of when the Earth was born, how life first arose, and how it transformed the planet. Experts unveil how the earliest forms of life—an odd assortment of bacterial slime—flooded the atmosphere with oxygen, sparking the biological revolution that made animal life possible. It is the beginning of the great drama of life on Earth.

Grades 6-12
Find out about some of the giant prehistoric animals that existed during the last ice age in Australia in this video excerpt from NOVA. Host and scientist Richard Smith visits Victoria Fossil Cave to learn about the large collection of Australian megafauna fossils that were discovered there. Computer-generated imagery shows what creatures, such as Diprotodon (the largest marsupial ever to have lived), Procoptodon goliah (the giant short-faced kangaroo), and Thylacoleo (a large carnivorous marsupial) may have looked like. Early humans likely arrived in Australia 50 to 60 thousand years ago and coexisted with the giant animals.

School is out for summer, but that doesn’t mean curiosity stops! Mountain Lake PBS’ Summer Spark block runs each weekday from 1-3 PM, with programs ideal for kids in grades 6-12. Encourage creativity with the arts, kick start your imagination with STEM, and expand your horizons with stories from across the globe!

Each week, we’ll highlight a show from our Summer Spark block, and share a PBS LearningMedia resource — great for middle and high school students and families looking to spark curiosity this summer. Follow along on the Learn & Play Blog, or subscribe to our newsletter!