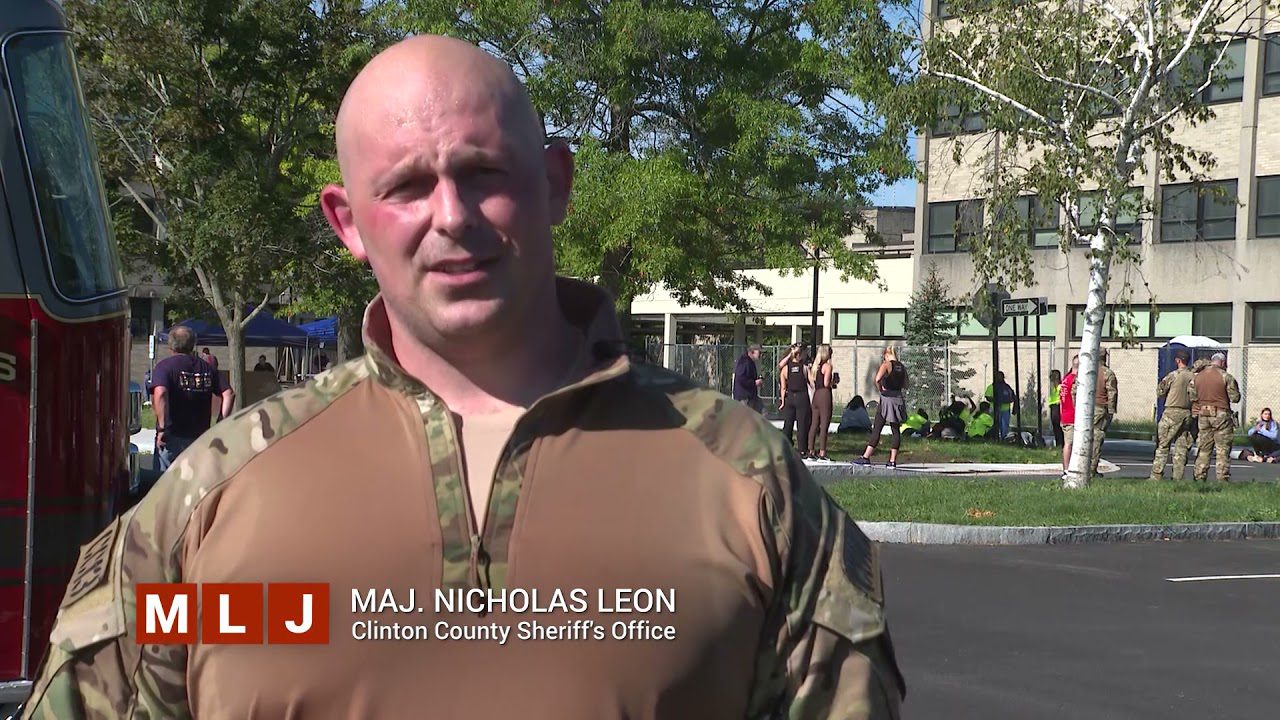 A memorial held on the campus of SUNY Plattsburgh honored the 343 NYC firefighters and first responders who died on September 11th, 2001, while trying to rescue people trapped in the World Trade Center. Firefighters rushed to the stairwells of the Twin Towers and climbed toward the cries for help above them. Every year since, on the anniversary of 9-11, firefighters and first responders now follow in the footsteps of those hundreds of dedicated and courageous heroes the first responders who made the ultimate sacrifice on that day, 20-years ago. Proceeds from the memorial held at SUNY Plattsburgh go to the Tunnel to Towers Foundation which helps the families of 9/11 victims. More info: www.tunnel2towers.org