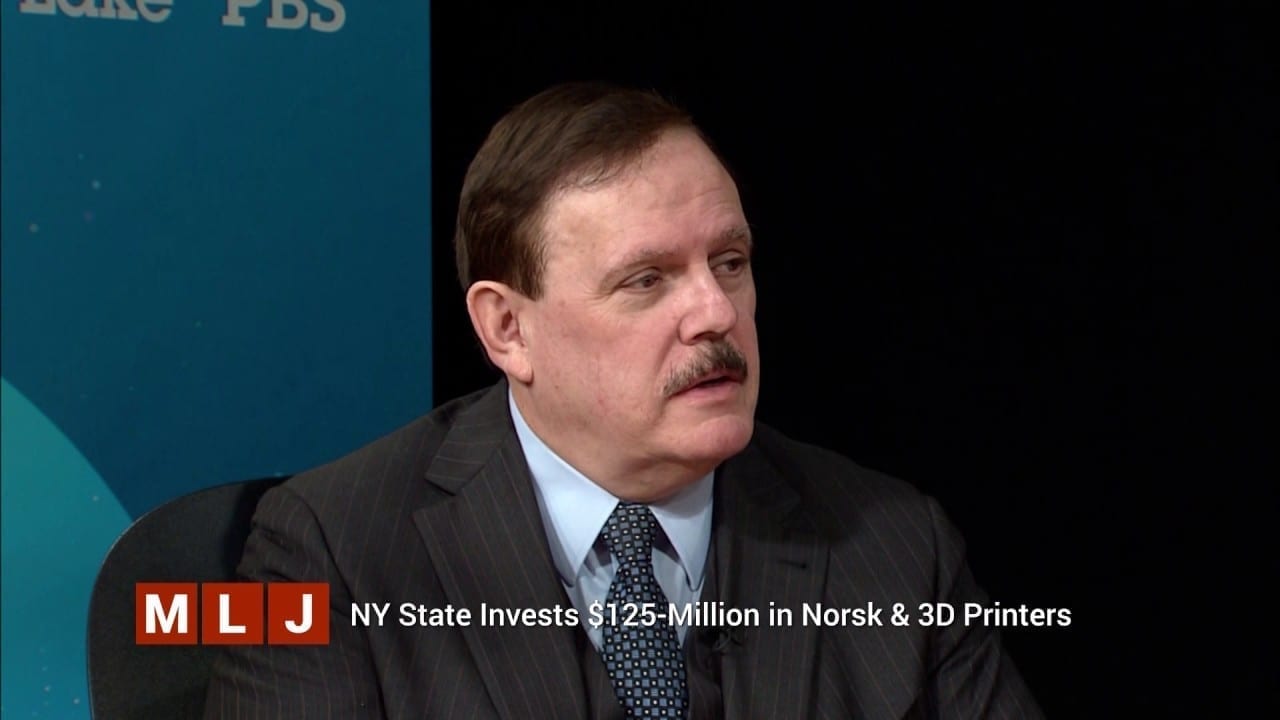 Norsk Titanium, a new manufacturing facility that is up & running in the North Country, is using cutting-edge technology that’s being heralded as the next industrial revolution.

New York State has invested 125-million dollars to buy 40 of Norsk Titanium’s industrial-scale 3D printers, and build the company a state of the art factory at the site of the former Clinton County Airport in Plattsburgh. The company, which has already started producing titanium parts for aircraft manufacturers Airbus and Boeing, is planning to hire as many as 400 workers over the next few years.

Norsk Titanium CEO and President Warren Boley joins us along with North Country Chamber of Commerce President and CEO Garry Douglas to talk about the company’s plans for Plattsburgh that include hiring local workers trained at the new Institute for Advanced Manufacturing that is scheduled to open this fall at Clinton Community College, and its partnership with New York State.