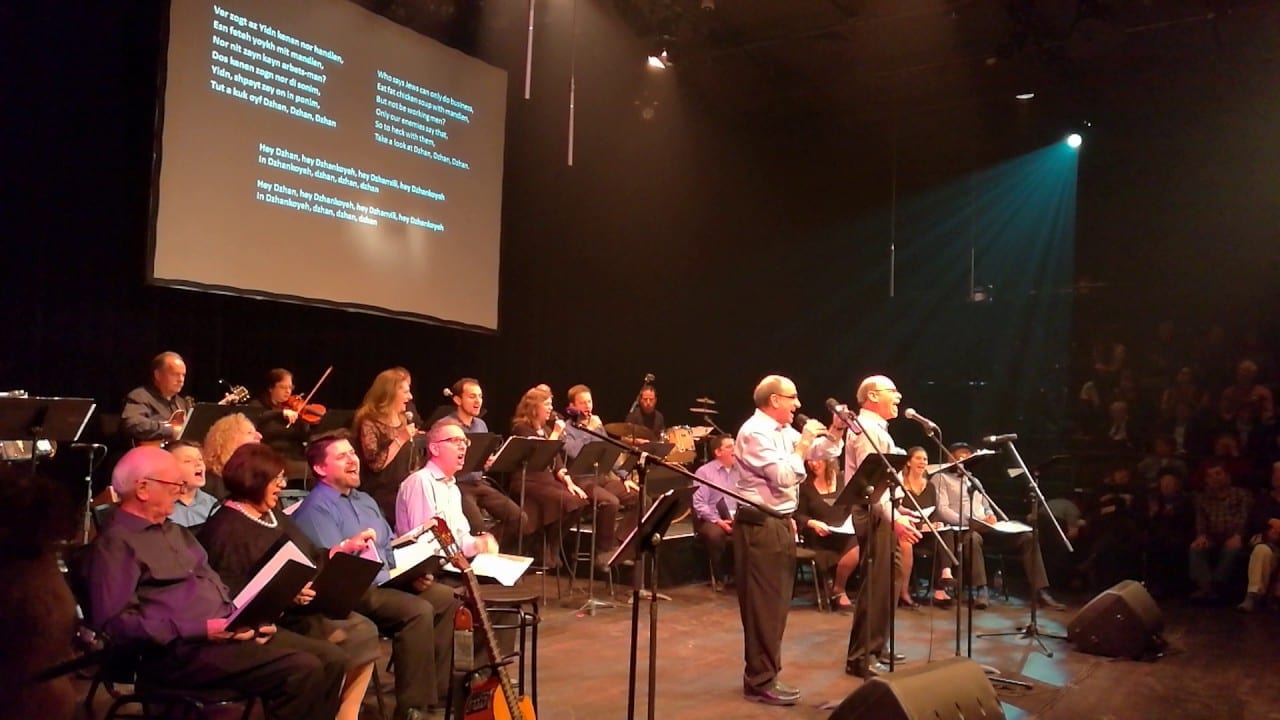 Dora Wasserman Yiddish Theatre and The Segal Centre for Performing Arts are proud to present their annual Chanukah Sing-Along!

Guests from all religious denominations are invited to participate in this musical and very festive concert celebrating the Festival of Lights with an interactive sing-along led by DWYT singers and performers.

Moving for the first time to the Segal Centre’s mainstage, Lyrics & Latkes invites audiences of all ages to join together and raise their collective voices in song—and indulge in the delicious traditional fried Latkes served in heaps with apple sauce after the show!

Attendees can expect a roster of traditional Chanukah songs with English supertitles in Yiddish, Hebrew, English, and even Ladino, this year’s sing-along will feature a special “DWYT Hit Parade”, a chance to relive some of the most popular songs from the Dora Wasserman Yiddish Theatre’s musicals from over the past 61 years.

In addition to the musical and gastronomic activities , the DWYT will link Montreal to the Worldwide Honoring of the Holocaust Survivors on the First Night of Chanukah with the lighting of the menorah by actual Holocaust survivors.

The official menorah lighting ceremony held at the Western Wall (Kotel) in Israel will be dedicated to Holocaust survivors worldwide in honor of their re-emergence from darkness into light.

Montreal will be joining other major capitals, including New York City, Jerusalem, Munich, Paris, London, and Moscow in this tribute.