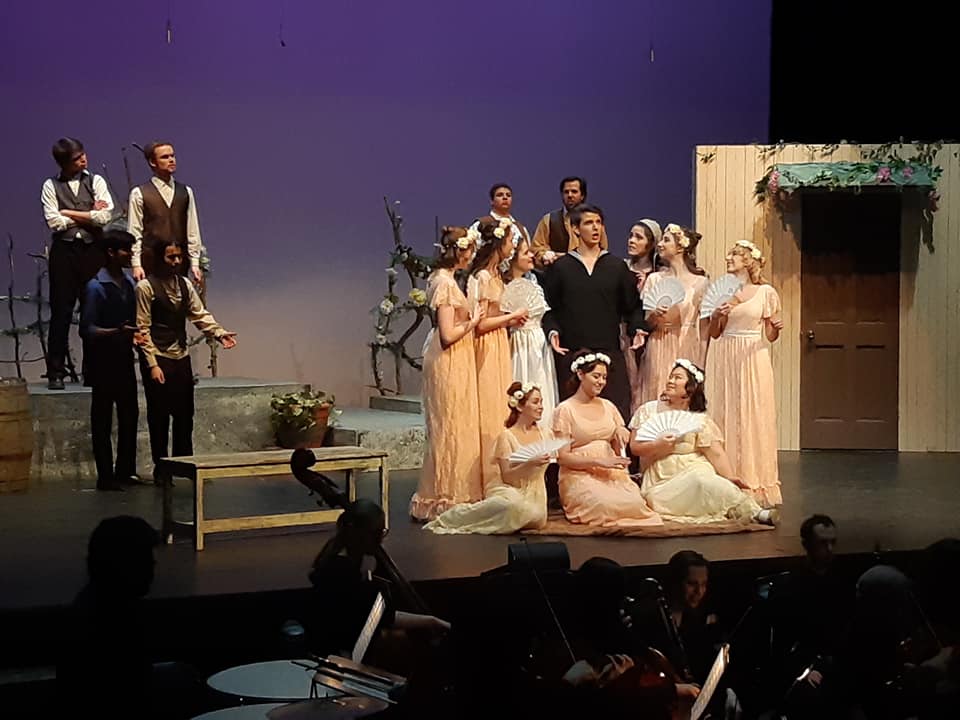 Music in the City ready to STEAL your Heart!

Music in the City to STEAL your Heart!

While Shakespeare penned this expression in Twelfth Night, Montreal is fully embracing it with a stunning line up of musical concerts with LOVE as a main theme:  Don’t worry, Gen’s Delights got you covered!

Win a pair of tickets for RUDDIGORE presented by the McGill Savoy Society. Details at the end of the article.

Get ready to fall in love and be swayed by the melodious works of Strauss and Wagner as young and talented Quebec violinist, Alexandre Da Costa (accompanied by the McGill Chamber orchestra), shares his contagious love for the Romantic opera repertoire with you, just in time for Valentine’s Day!

Da Costa has gained international acclaim with over 2000 performances across four continents and is currently one of the top and most sought after violinists and soloists in the world.

He currently performs on his 1701 “Deveault” Stradivarius violin – a long-term loan by the “Château du Lac Sacacomie” which according to the artists “becomes an extension of his soul”.

Come see and hear this virtuosic musician in action this Saturday, February 9th 2019 at 7:30pm at

This February 14th at 12:10 pm , as part of the Melodines series ,come to Place des Arts to enjoy the beautiful voices of seven young singers from L’Atelier Lyrique de l’Opera de Montreal , who will lead you on a happy journey on the path of love.

On the program are pieces by renowned composers such as Mozart, Gounod, Johannes Brahms, Bizet and many others !

L’ATELIER LYRIQUE DE L’OPÉRA DE MONTRÉAL is an artist-in-residence program for emerging Canadian opera singers, pianists-vocal coaches, and stage directors. Students graduate from the program as complete artists with a greater understanding of the music industry and armed with practical knowledge and skills to help them continue their path towards a professional career on the national and international scenes.

For more information on this concert, the Melodines series and to purchase tickets, please visit :

*** CONTEST BELOW : Win a pair of tickets for the run of the show

An ancestral curse looms over the latest baronet of Ruddigore: Sir Ruthven Murgatroyd, (currently living under the name Robin Oakapple in a small village), must commit a daily crime – on pain of death!

This curse is a major hindrance to his courtship of the very proper Rose Maybud. To complicate matters further, she has just captured the heart of Robin’s foster-brother, freshly returned from his life at sea…

Will Robin manage to hide his true identity and how long can he defy the ancestral curse?

Throw into the mix, a bevy of curse – enforcing ancestors, a wild mad woman, a faithful retainer as well as, detailed sets and costumes, epic pastoral choruses, mock-Wagnerian orchestrations, and frenzied patter songs and you get Gilbert and Sullivan’s wry send-up of gothic melodrama that ultimately reveals that Love conquers all!

The McGill Savoy society was founded in 1964 and is a community theatre that is devoted to the production of Gilbert and Sullivan’s great works, known as the Savoy Operas.

They function as a non-profit, high-profile student theatre group, supported by a large and active patron base, the SSMU, sponsors from the Montreal community, and its audience. Their annual show is held within the halls of beautiful Moyse Hall (McGill Arts Building) with a cast of skilled performers and musicians from different walks of life.  Casting for future productions is usually held in the fall.


For more information and tickets, visit their website at https://www.mcgillsavoy.ca/

*** CONTEST at end of article

Get ready to be swayed by the great opera classics of Gioachino Rossini when soprano Francesca Carli sings along with her partner, tenor Enrico Giovagnoli, on the stage of Theatre Desjardins (Cegep Andre-Laurendeau) this Sunday the 10th of February at 3 pm .

After the performance, this passionate singer, who is eager to share her love of music with her audience, invites participants to discover Italian delicacies at the after show ‘culinary tasting’ with regional wines from the Manche region and tasty morsels by Rossini & Raffaello,  presented by Otello Renzi .

A wonderful evening of music and sweet tastings not to be missed!

*** CONTEST: Win a pair of tickets for RUDDIGORE presented by the MCGILL Savoy Society