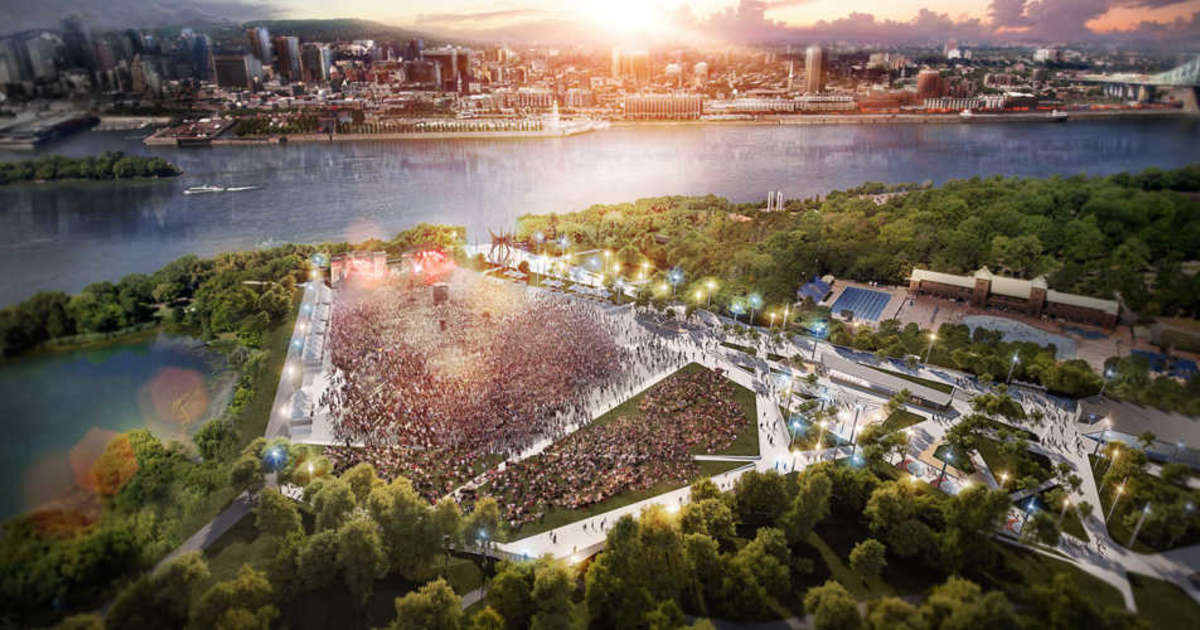 Music and Talent to enjoy this week in the city:

Music and Talent to enjoy this week in the city:

June 21st is recognized worldwide as Music Day, Make Music Day or World Music Day, an annual musical celebration where citizens of a city or country are allowed and urged to play music outside in their neighborhoods or in public spaces and parks.

Here in Montreal, we are blessed to enjoy a wide diversity of concerts and performances year round.

Whether you are a fan of Classical, Folk, Musicals or even Pop, here are some of my top suggestions for musical outings this week:

Every year, Marco Calliari’s company Casa Nostra Production, invites Italian artists to perform in various theaters in our province. This year, from June 16 to July 7, thanks to the support of the Italian Cultural Institute of Montreal, three members of the Radio Lausberg band will perform throughout Quebec .

For World Music Day will give a free performance tonight at the Casa d’Italia Montreal this Friday, June 21st at 7 pm .

The Music Festival will kick off the Canadian summer tour of Radio Lausberg  , a musical project stemming from the Lucan- Calabrian- area called “Area Lausberg” in 1939 after the renowned German linguist Heinrich Lausberg (1912-1992) that will whisk audience members on a musical journey through the beauties of the village of Viggianello, a pearl of Basilicata.

The project is supported by the Italian Cultural Institute of Montreal, the Consulate General of Italy in Montreal and the Municipality of Volterra.

Land InSights invites you this Friday, June 21st to join in the celebration of National Indigenous Peoples Day.

A gathering will start this morning in front of de la Commune Street where a procession will march in tempo with beating drums towards the Old Port to hold a Ceremony inside the Lune Rouge pyramid where a spectacular multimedia show will be performed by young Attikamekw artist Catherine Boivin with the full tech support of the PY1 pyramid team.

Mayor Valérie Plante and Ghislain Picard APNQL Chief are expected to be in attendance alongside First Nations’ artists and leaders.

This is your chance to honor indigenous culture, listen to a Buffalo Hat Singers honorary song, see a Tobacco Ceremony and watch Traditional Dances and Songs by Deer Family Dancers and Singers.

Back by popular demand: The Dora Wasserman Yiddish Theatre Production, invites you to take a musical journey spanning a hundred years to soak in and learn about Jewish culture and life in Montreal!

Created back in 2017 for the centenary of the CJA federation that supports the local Jewish community, The 2019 revival, directed by Audrey Finkelstein, features new testimonies and songs that are performed brilliantly by a cast of 39 talented singers/ dancers and six musicians led by musical director Nick Burgess.

There is never a dull moment in this 90 minutes intermission-free production as the musical seamlessly interweaves historical narration with well executed song numbers that whisks audience members through the marking moments of the Montreal’s Jewish community as they flee from oppressors, fight for their rights, get married, find a place to call home or simple recall their personal interactions with the energetic Mrs. Dora Wasserman herself ( She regularly bought French Fries !)

Four large screens pan across the stage as main décor that displays a panoply of images from WWII, the March for the Living, Expo 67 and many more significant historical events that move the story along.

The richness and variety of the Jewish community is well represented in the added solo performances of Ethiopian Jew, Armias Azariya, performing his Amharic song, Abebayehosh or in the colorful and joyous Spanish/ Moroccan Sephardic wedding scene.

Although the recent history of the Jewish people is marred by severe dark moments, overall the play manages to keep a good balance of sad and up-lifting scenes.

The take away message of the play is “united we stand” in the face of anti-Semitism and hatred.

A Century Songbook runs up until 30 at the Segal Centre, 5170 Côte-Ste-Catherine Rd.

To Mark the inauguration of Espace 67, Parc Jean-Drapeau cordially invites Montrealers to attend a free concert of classical music next June 27th , performed by the 77 musicians of the Orchestre Métropolitain led by renowned maestro Yannick Nézet-Séguin.

Come and enjoy a melodious time in a completely redesigned environment that is more majestic and welcoming than ever!

The general public will discover a musical program that draws on the history of Sainte-Hélène and Notre-Dame islands, including a specially created work by composer Alejandra Odgers, a native of Mexico who now resides in the Montréal area.

In addition to the original composition by Alejandra Odgers, the Orchestre Métropolitain will perform many major works, including Maurice Ravel’s Boléro and Carmen, Suite No. 2 by Georges Bizet.

Meet Ari Skye, This amazingly talented and versatile 15 years old Canadian singer of Portuguese and Italian descent was crowned in 2017, the Junior winner of the Super Fantastico contest and in 2018, the winner of the singing competition Anjou STAR where she soon introduced her first hit single “Look Into My Eyes”.

Ariana sings in English, French and Italian. She keeps in touch with the Montreal community by participating regularly in fundraisers for various illnesses such as performing for 3 consecutive years during the Music Heals Benefit Concert benefitting the PKD Foundation of Canada Montreal Chapter.

Ari’s natural talent and warmth towards people, led to her being selected in November 2018 to represent the Shriners Hospitals for Children — Canada as a patient ambassador at The PGA Tour that was held in Las Vegas, Nevada.

Ari Skye records and perform her own original music. She recently released a new single entitled WARRIORS that speaks out against bullying and pays tribute to those who become warriors when facing Cancer, Alzheimer’s, Dementia, MS, Depression, Kidney Failure, Diabetes, PTSD, and other traumatic diseases.

The future looks bright for this young artist as her writing skills have allowed her to join SOCAN (Society of Composers, Authors, and Music Publishers).

As the artists says :  “I hope you enjoy this song and that it inspires you as much as it inspires me…to be strong and to never let anything or anyone bring you down .”

Next June 27th will be the official Video Launch for WARRIORS. The launch and Meet and Greet will be held at Melrose Resto ( 6548 St Laurent Blvd ) from 7 to 9 pm .