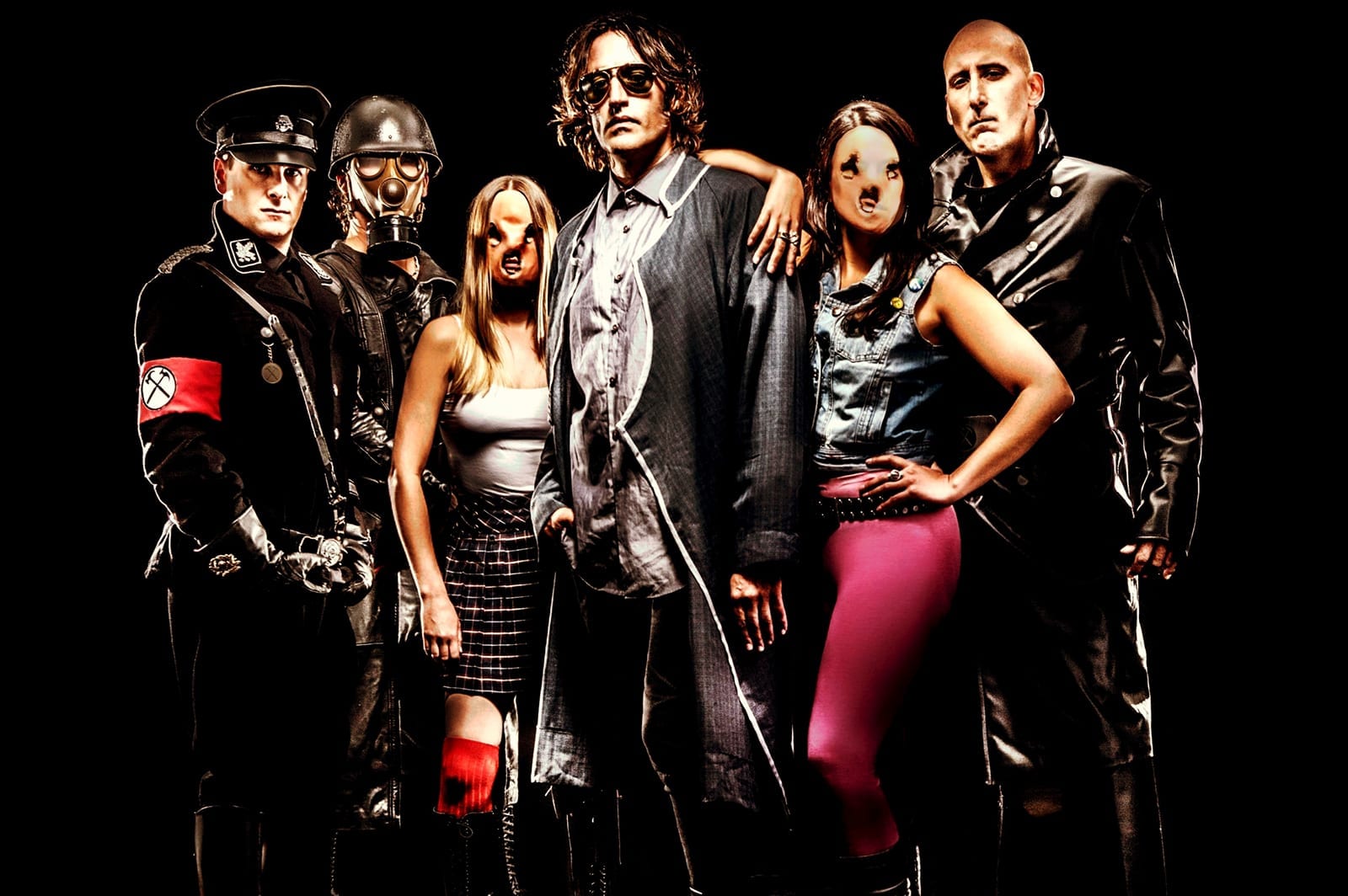 Music and Awesome Cultural Activities happening in the city ! 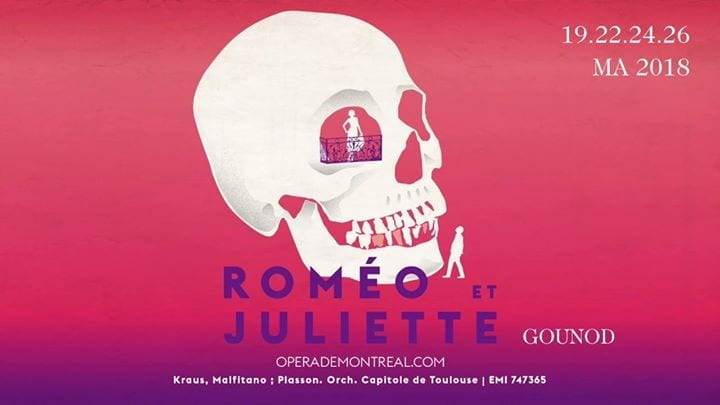 Based on the well-loved tragedy penned by William Shakespear, Romeo & Juliette is a dramatic opera in five acts by French composer Charles Gounod to a French libretto by Jules Barbier and Michel Carré.

The opera is presented by Opéra de Montréal and directed by #TomDiamond with Italian conductor Giuliano Carella at the baton.

Elaborate period costumes and décor by Claude Girard whisks the audience members to Verona, Italy where they follow the misfortunes of the dashing Romeo (Spanish Tenor Ismael Jordi) who falls hopelessly in love with the youthful and spirited Juliette (Canadian soprano Marie Ève Munger) at a masquerade .

Unfortunately for the two star crossed young lovers, both their families are sworn enemies whose history is bathed in bloodshed and tears.

The opera is noted for the series of four duets for the main characters as well as for the beloved waltz aria “ Je Veux Vivre” performed with stellar clarity and rigor by Munger.

This tale of Forbidden Love, Hope and Lost Dreams will surely delight all those who have a touch of Romance in their hearts.

Romeo and Juliette runs until the 26th of May ( SOLD OUT ) at Salle Wilfrid-Pelletier of La Place des Arts.

For more information on up-coming productions and the 2018/19 season of L’Opéra de Montréal please visit: 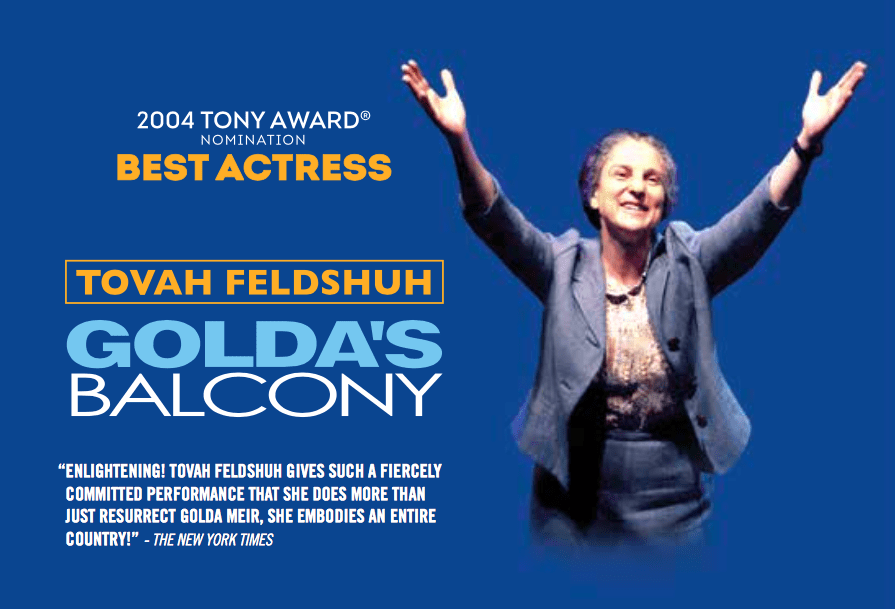 The award winning play depicts the key highlights of the life of Golda Meir and covers her journey from the pogroms of Russia to the halls of the Knesset as .

Poignant, thrilling and very moving , Meir’s story is also a historical recount of the creation of Israel as a Nation and the various hardships it’s people continues to endure throughout the centuries.

Feldshuh is a force to contend with on stage as she masterfully crafts various characters though voice modulation and personification.  She is mesmerizing to watch at all times and brilliant as she strides, broods and puffs on one of her many electronic cigarettes….

The play runs from May 22nd until June 10th at the Segal Center for Performing Arts.

Fans rejoice:  Next Thursday, May 31st at 8pm, Salle Wilfrid Pelletier will be filled with the atmosphere and sounds of a Pink Floyd concert with a lineup of tracks taken from The Wall, Final Cut, Alan Parker’s film and the original show!

After more than 100 performances across Canada and the U.S, the production team composed of Director Richard Petit and Musical Director Michel Bruno, in collaboration with Rubin Fogel, is proud to present their whole new show, The Wall Live Extravaganza that boasts new sets, costumes and awesome visual effects that will definitely whisk you away into the universe of Pink Floyd.

After its Canadian tour, The Wall Live Extravaganza will return to the U.S. in early 2019 for a seven-week tour that includes performances in Chicago, Cleveland, Philadelphia, Boston, Pittsburgh, New York, Indianapolis, Louisville and elsewhere.

For more information on the Montreal show and tour, please visit: www.thewallx.com 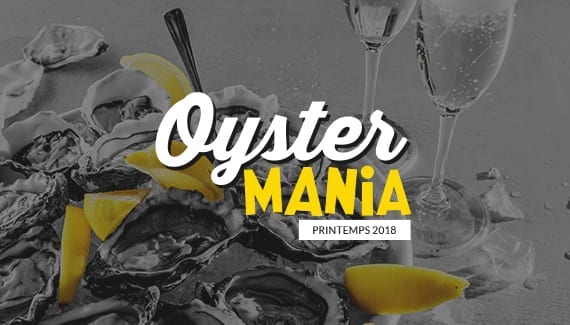 #Oystermania returns to Montreal this week !

From the 24th of May to the 3rd of June 2018 , for only 10 $ you can indulge in a dozen oysters and an alcoholic beverage at one of the over 19 participating restaurants around the city for the 17th edition of Restomania’s Oystermania –

For a complete listing of participating establishments and to get your tickets please visit :

Over the past two weeks, in tribute to Asian Heritage Month and to honor the Asian communities’ desire to strengthen their artistic presence in the Québec cultural climate, the Festival Accès Asie has presented a spectacular array of cultural events ranging from a wide variety of artistic disciplines that recognizes the long and rich history of Asian Canadian artists and their contributions to society.

The festival fully embraces performances from all Asian cultures, for example, last Friday the 18th of May, the Golestan project “meaning garden of flowers in Persian” celebrated its 5th edition at Sala Rossa by showcasing the beautiful Romani Gypsy / Syrian music of percussionist, Ziya Tabassian, accompanied by the great Syrian musicians, Omar Abou Afach on the viola, Nazih Borish on the oud and renowned gypsy accordionist of Moldavian origin, Sergiu Popa.

The evening was enhanced by invited guest– multidisciplinary dancer – Marina Salonga, who improvised to the rhythmic beats of the rapid paced gypsy fusion music.

Several activities are free of change but do require registration.

Here is a list of available event for the 4th and final week of the festival: 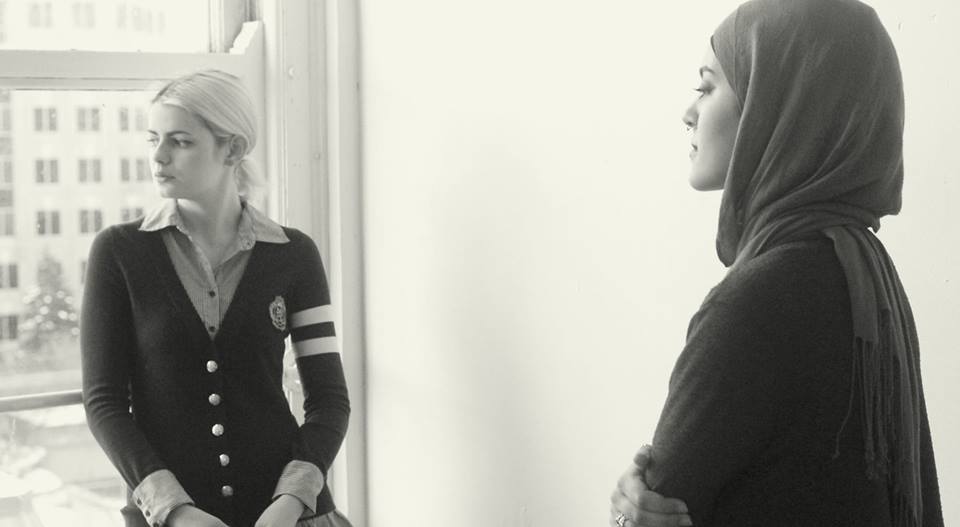 As part of the program of POP Montreal, on Saturday May 26th, director Nana Sam will present a preview screening of her latest project #HadenaStudio , before its full release on the Internet.

“Hadena Studio is a fashion agency founded by ex-model Raya, where the staff is as eccentric as the boss (expressed, among other things, by their flashy “Street Fashion/Asian trends inspired” styles”).

Come meet new people, (re) discover a sub-culture and expect an evening filled with J and K pop songs and interesting live MUSICAL PERFORMANCES by some of the cast members. 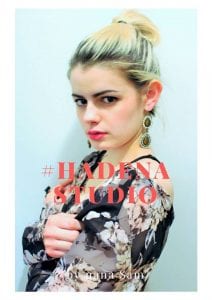 Tickets for the evening will be sold at 7$ with parts of the profits being donated to ”ACTION AGAINST HUNGER Canada that send funds to African’s countries devastated by wars and drought.

*For more information on the project, please visit the official Facebook Group: #HadenaStudio (by Nana Sam)