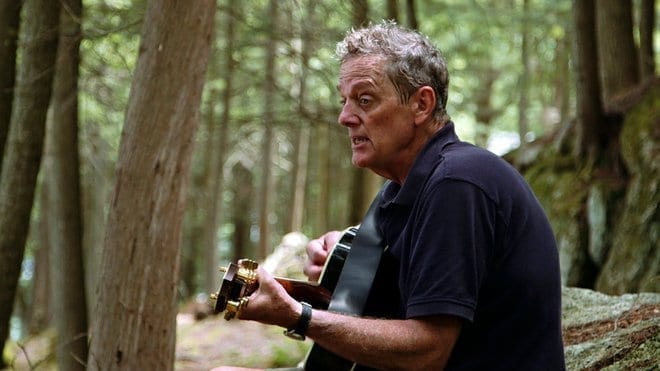 It may be an “Adirondack Thing.” That might explain why members of the talented Bacon family have collaborated with producer Paul Larson on three projects for their Adirondack station Mountain Lake PBS since 2012. The latest, featuring musician Michael Bacon, premieres on Mountain Lake PBS this week, on the program Mountain Lake Journal.  Michael Bacon wrote It’s an Adirondack Thing after the Adirondack Museum asked him to perform several songs at their summer Music Fest.  Larson and cinematographer Daniel McCullum created this feature story about the song.

You may also enjoy the music video version of It’s an Adirondack Thing.

Two summers ago, the Bacon Brothers (composer Michael and actor Kevin) arranged and performed a song for the documentary Songs to Keep:  Treasures of an Adirondack Folk Collector.  This gave them a chance to sing about the place they often return to in the summer, the Adirondacks.  The song they chose for the Songs to Keep documentary and album was entitled My Adirondack Home.

“The Bacon Brothers were extremely generous with their talents while we recorded My Adirondack Home for the documentary,” producer Larson said.  “Even though the song was decades old, it sounded contemporary. They made it their own.”

The first collaboration the Bacons did with Mountain Lake PBS occurred in the summer of 2012.  This Spotlight segment shows their interview and concert footage. 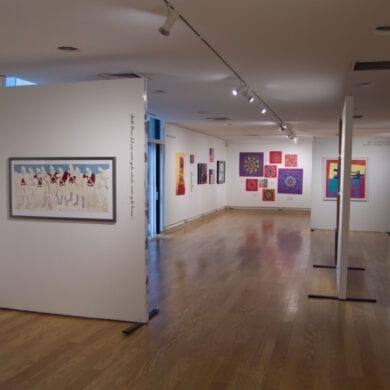 Pop for the People