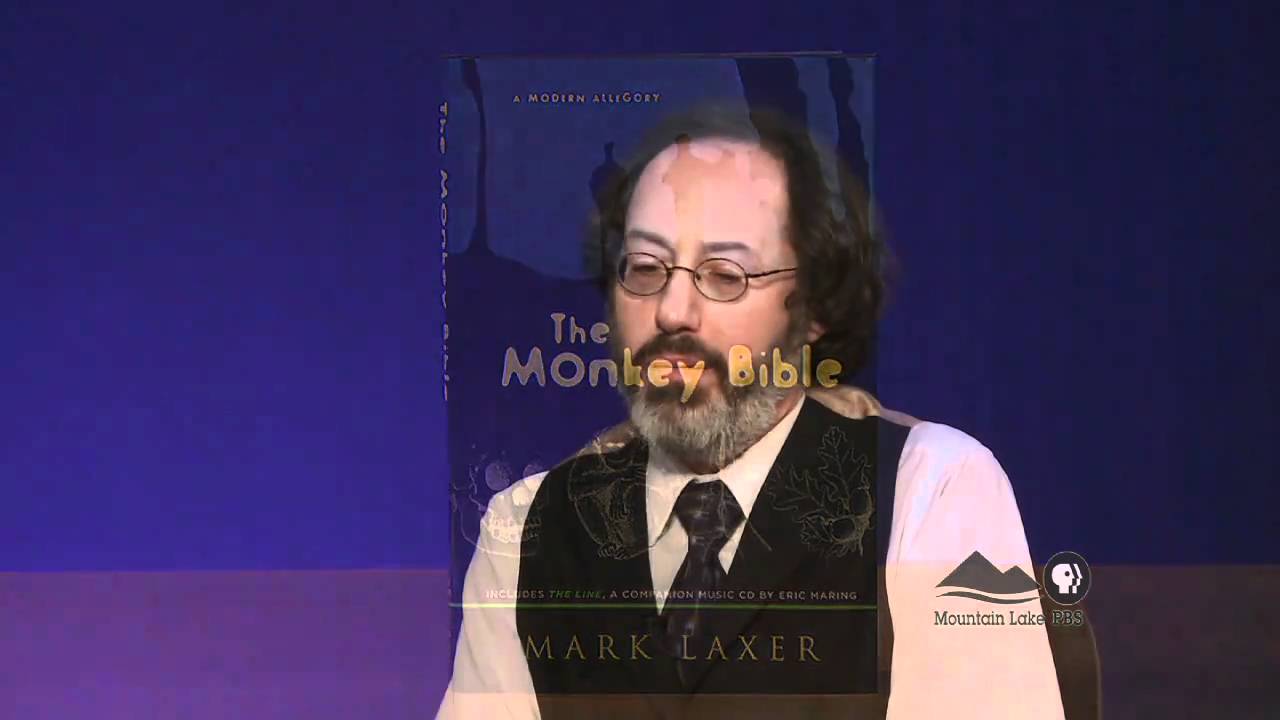 Vermont author Mark Laxer discusses his book “The Monkey Bible.” It’s a scientifically researched work that aims to bridge the gap between science and religion when it comes to theories about the origins of life. Paul Larson originally conducted this interview for Mountain Lake Journal Extra, a magazine program on Mountain Lake PBS. “Author Visits” is an online series about the inspiration, writing, production, and publishing of books.

Long ago, Mark Laxer’s quest to understand the bigger world landed him in the inner circle of a brilliant, charismatic guru gone mad. After writing Take Me For A Ride and weath­ering a $30 million lawsuit, Laxer continued the quest by writing The Monkey Bible, which asks science, religion, and mythology what it means to be human. Laxer runs a software corporation, a storytelling gathering, and a wildlife conservation organization. In 2004, he invented virtual ecotourism.

The Monkey Bible, a novel by Mark Laxer, is the story of Emmanuel, a deeply religious young man who suddenly has reason to suspect that his genetic make-up, and indeed the story of his creation, is not what he had thought it had been. Dismayed and seemingly alienated from his Church, Emmanuel journeys across America, to England, and through Africa and Asia in search of his genetic and spiritual origins, identity, and community.

The Monkey Bible is the story of Lucy, a young woman from Seattle with a love of science who guides Emmanuel on his quest and, as a gift for her confused friend, rewrites Genesis from a non-hierarchical, biologically inclusive point of view.

The Monkey Bible is the story of Evelyn, a young woman from Washington DC, whose faith in Emmanuel and in the Roman Catholic Church remains rock-solid throughout his – and her – soul-searching ventures into the realm of evolution and the natural world.

The science behind this work of fiction is accurate, up-to-date, and accessible, and the reader comes to understand evolution and life science fundamentals – the biological creation story – as the adventure unfolds. While The Monkey Bible can be seen as the latest chapter in the larger-than-life debate between Darwinists and creationists, the novel is respectful of both sides and strives to provide a gentle supportive bridge across which people who disagree can communicate. 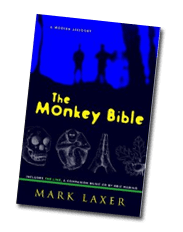 Much of the novel is based on real-world experience including virtual ecotourism (vEcotourism), and you can go on an actual vEcotour by visiting http://www.vecotourism.org