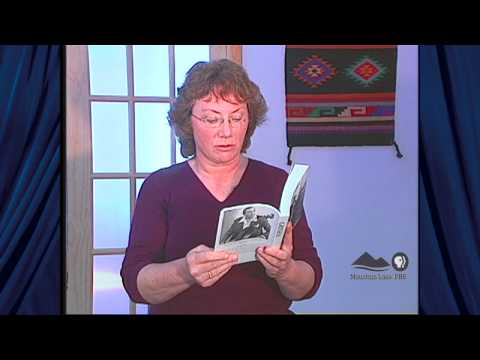 Elizabethtown, New York author Margaret Bartley discusses her musical journey, inspired by the biography she wrote on Russian cellist Gregor Piatigorsky. He had fled Russia and found a sanctuary in the Adirondack mountains. He was instrumental in the forming of Meadowmount School of Music in Westport, New York. Producer Paul Larson hosts Author Visits, an online video series about the writing and publishing of books.

Margaret Bartley is an editor, a freelance writer, and historian. She has a Master’s Degree in Creative Writing from Johns Hopkins University and lives in New York’s Adirondack Mountains. She is a regular contributor to Adirondack Life magazine and an amateur cellist.

GRISHA: The Story of Cellist Gregor Piatigorsky: This book tells the story of a struggle between father and son, both aspiring musicians. While the father fails in the musical world of Tsarist Russia, his son becomes a world-famous cellist. For Gregor Piatigorsky, success meant escaping the grip of his father, surviving the murderous Russian pogroms, fleeing from the Bolshevik Revolution and twice escaping the Nazi Holocaust. It also meant falling in love with the daughter of the Baron de Rothschild, the wealthiest family in Europe. While Piatigorsky found fame and fortune as a musical artist and entertained presidents, kings, and emperors, he was still a man without a country. As World War II destroyed everything he had ever known, Piatigorsky found sanctuary at Windy Cliff, an abandoned castle in Adirondack Mountains of Northern New York. In 1942, he achieved his dream of becoming an American citizen and finally stopped running.