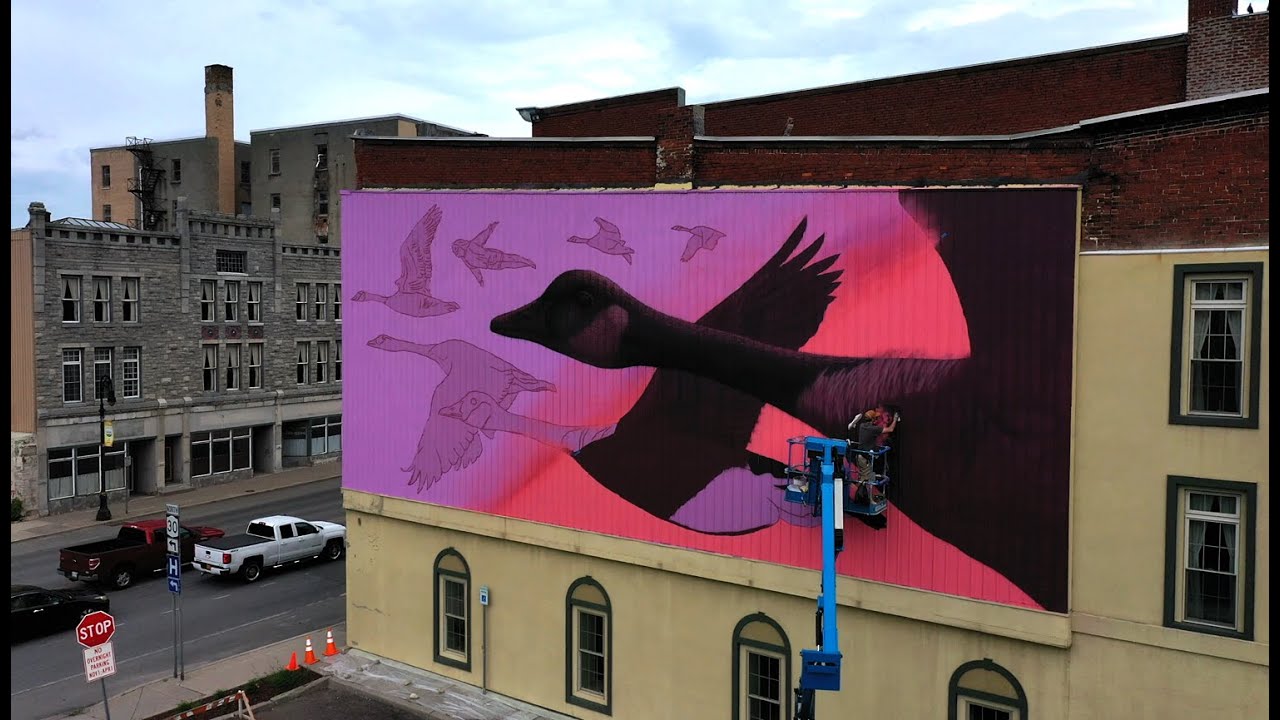 Canada geese are flying in Malone all year-round now, thanks to a new mural painted by Plattsburgh native Brendon Palmer Angell.

The renowned artist painted the “Teach Me” mural in the downtown area, and its vision originated with Malone artist Michael Hart.

Hart says he felt a lifelong sense of inspiration while viewing the collective and individual movement of geese, “as if they were teaching me some timeless lesson.”

Malone is known for being a major stop over for these migratory wonders.

The two artists were previously acquainted through an exhibition Palmer-Angell held at Hart’s gallery, Pouring Light Studios. They have kept in touch for over a decade and that has paid off in the formation of this collaboration.

You will find the mural at 410 East Main Street in Malone.

The mural was funded by ADK for Kids and administered through Foothills Art Society, Citizen Advocates, Dr. and Mrs. Dean Chapman, Benardot Pediatrics, Flemings Fine Furniture and the Decentralization Program, a regrant program of the New York  State Council on the Arts with the support of Governor Andrew M. Cuomo and the New York State Legislature and administered by the Adirondack Lakes Center for the Arts.  With gratitude to Marc T. Lashomb for the use of his building.