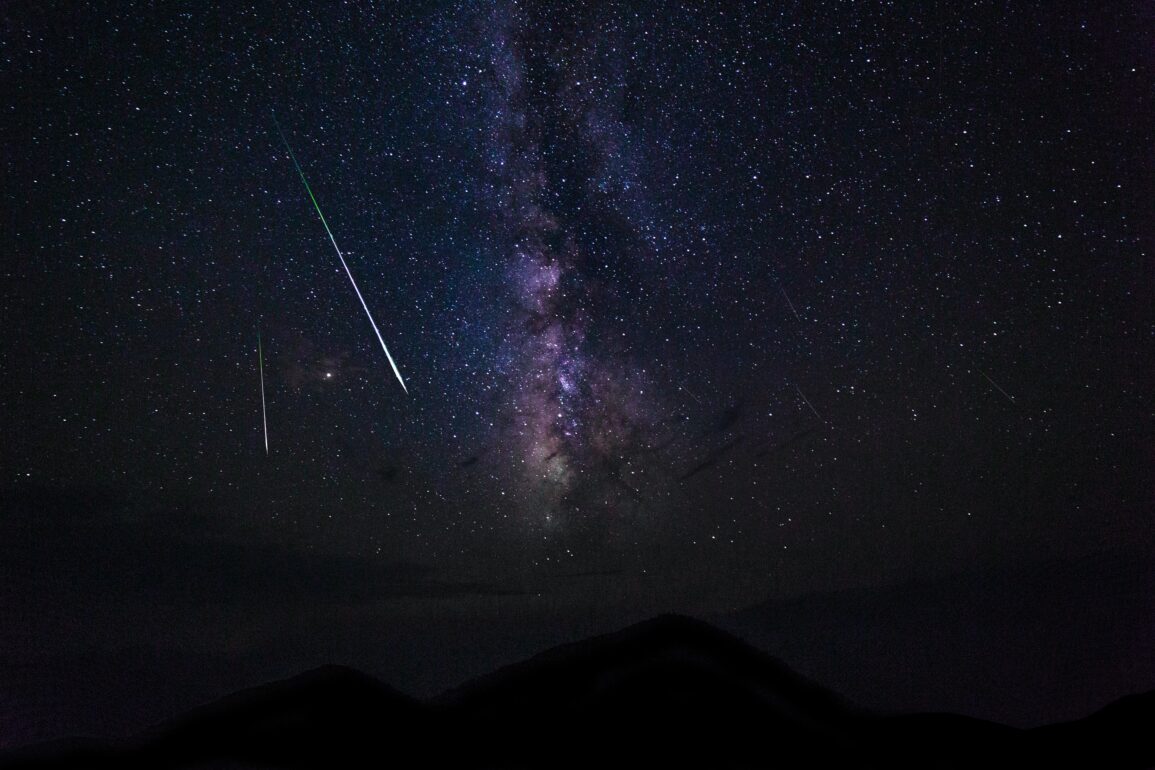 On June 30th, set your sights on the night sky for National Meteor Watch Day.

Meteors, also known as shooting stars, are one of the many wonders of space. Just as astronomers throughout time have observed the night sky looking for answers to how the universe formed, you and your family can be stargazers on the lookout for fun!

Combine quality time with everyday learning as you stare off into space. From the stories behind some of our most famous constellations to how humans might one day live on Mars, there’s plenty to spark our kids’ imaginations (and our own).

What’s the difference between a meteoroid, meteor, and meteorite?

Meteoroids are objects in space that have broken off of larger comets, asteroids, or even other planets. They can be up to a meter large or as small as a speck of dust!

Meteors are the bright light we see when meteoroids burn up as they enter the atmosphere of any planet. A meteor is also known as a shooting star! A group of meteors is called a meteor shower.

Meteorites are meteoroids that make it all the way through a planet’s atmosphere to hit the ground. Meteorites, made up of material formed in the early days of our solar system, are important because they can give scientists a snapshot of what the universe was like nearly 4.6 billion years ago.

Explore astronomy and our place among the stars with the videos and activities below. Learn about what asteroids and meteors are made of, how kinetic energy plays a huge part in how fast even the smallest of meteoroids move, and what new technologies scientists are exploring to keep the Earth safe from space debris impact.

Grades K-2
What are the differences between asteroids, meteors, and meteorites? In this clip from Ready Jet Go!, Jet and the gang travel through the breathtaking Asteroid Belt (with the help of Mrs. Propulsion!). Sean learns that not all asteroids stay in the Belt, and that some actually make their way to Earth. Most of them burn up in the Earth’s atmosphere and turn into meteors in the sky.

What is a Meteor Shower? | Ready Jet Go!

Grades K-2
In this clip from Ready Jet Go!, Mindy learns that meteors take showers! Well, not exactly. A meteor shower is when a comet passes by the Earth, and the trail of dust and rocks rub against the Earth’s atmosphere. This causes them to burn up, creating a meteor shower.

Grades K-5
Nature Cat, Daisy, Squeeks, and Hal are so excited for tonight, they are going to be star-gazing, hoping to see some shooting stars!

Grades 6-12
Learn how our Sun, the planets, and other solar system bodies came to be with these videos and an infographic from NASA. Use this resource to visualize how the solar system formed and to model and describe the process.

Grades 6-12
Explore how scientists are researching methods to prevent asteroids or comets from hitting Earth in this video excerpt from NOVA. In the movies, a threatening near-Earth object is typically blown to pieces. However, a kinetic impactor that changes the course of the object may be a more effective solution in the real world. Hear from a scientist who studies strategies to destroy or deflect an asteroid and watch as he and his team simulate collisions using a model asteroid made of resin and high-speed projectiles.

Grades 9-12
Meteors are small bits of interplanetary debris broken off from asteroids or comets. When the Earth plows through the stream emitted by a comet, we get a meteor shower. Meteors burn up about 100 km above the Earth, but some survive to hit the ground. Most of these meteorites that reach Earth are rocky, some are metallic, and a few are a mix of the two. Very big meteorites can be a very big problem, but there are plans in the works to prevent us from going the way of the dinosaurs.

Grades PreK-3
Almost every child has questions about space. What happens to the sun at night? Why does the moon change shape? What are shooting stars? How do astronauts live in space? Is there life out there? Here are ten books that can help answer their questions… and perhaps inspire new ones!

Stargazing and Other Astronomy Activities You Can Do With Your Kids

Grades PreK-5
Space is a fascinating and sometimes confusing topic for kids. Stargazing provides a great opportunity to start exploring the cosmos! Take your child’s curiosity further with a few simple ways to learn about the wonders of astronomy together.