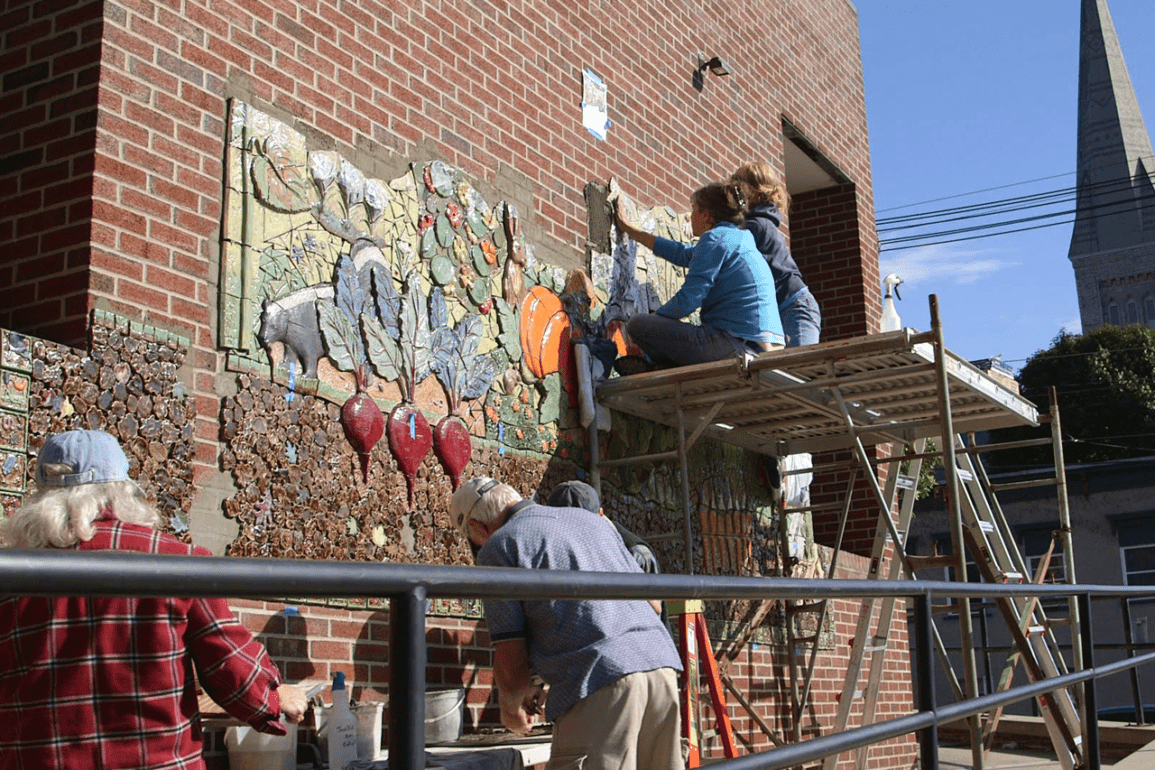 Your eyes and hands are welcome to explore the three-dimensional ceramic mural at the Plattsburgh Public Library.  The project is complete after a few technical glitches had left it unfinished on the wall for three years and eight months.

In 2017, hundreds of artists and art enthusiasts from Plattsburgh and the Adirondack regioncame together to contribute to the Read and Grow! Dream Garden Mural, which stands as a celebration of community and culture in the Plattsburgh area. The mural, designed by artist Sue Burdick-Young, depicts a garden full of vegetation and wildlife, and the roots and creatures thriving below the ground.

Enjoy Spotlight producer Paul Larson’s conversation with Sue Burdick Young plus a look at the volunteers who helped create the mural.

The mural design honors a book by local author Kate Messner, titled Up in the Garden and Down in the Dirt.

The mural is a project of Outside Art: Plattsburgh Public Art Project.  It’s dedicated to an artist and teacher who contributed much of his time and talent to the work, the late Jerry Seguin, Jr.  Look for the mural along Brinkerhoff Street at the Plattsburgh Public Library.