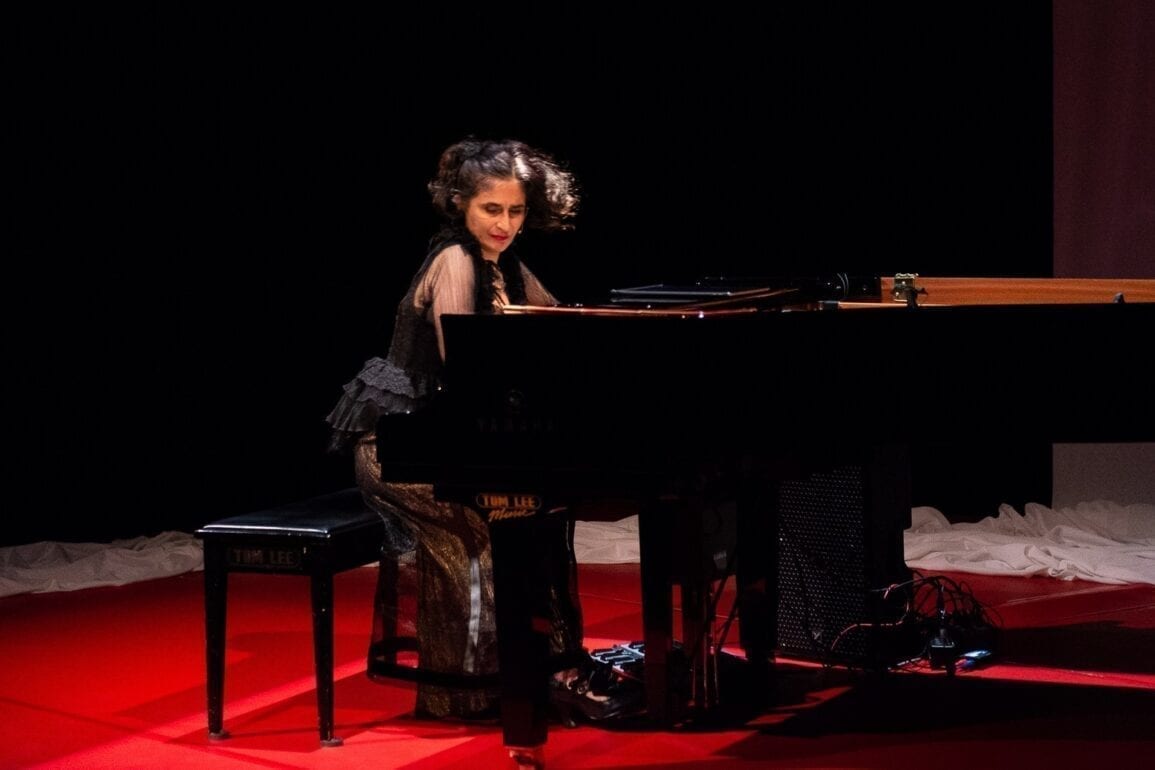 Eve Egoyan is one of the world’s most sought-after interpreters of contemporary new music and is recognized as one of the 25 greatest Canadian classical pianists of all time.

The film, Duet For Solo Piano, is available to screen online through Sunday via the Festival International du Film sur l’Art!

Duet For Solo Piano unfolds over a one-year period as Eve defies the traditional conceptions of piano and pianist on a journey to find her own voice.

Born in Victoria B.C. Canada, Eve is the daughter of Armenian artists who emigrated from Cairo. She is also the sister of renown filmmaker Atom.

The film weaves the past and present, the personal with musical moments, exploring the events that have shaped Eve and left their mark on who she is today.

Beautifully photographed and crisply edited, the film offers rare insight into the creative process and the complexity of developing new work that pushes the boundaries of art, instrument and self.

“If I don’t play the piano I get a bit lost,” says Eve Egoyan, “ I feel I am missing a core part of myself.”

“What I learned in my journey to represent another,” says Director Su Rynard, “was that to know Eve, to understand her, was to meet her in the place where she is her most intimate self. The piano is her landscape, her safe place, her true home. Paradoxically when she is inside her music, she is truly revealed.”

“I am grateful to my key collaborates,” says Rynard, ”cinematographer John Price, editor Caroline Christie and sound designer Phil Strong. “These people are incredible artists in their own right to whom I am deeply indebted.“

Tickets for the festival are $39.00 (taxes included) and give you access to all of their films until Sunday March 28.

Montreal’s Bourgie Hall is delighted by the government of Quebec’s announcement this week allowing concert halls to reopen as of March 26!

After enjoying a high attendance rate at their online extended webcast concert, Violinist Andrew Wan and pianist Charles-Richard Hamelin will open the ball in an all-Beethoven concert this Sunday, March 28th , at 2:30 p.m and Tuesday 30th at 7:00 pm

The combined virtuosity and musical expressivity of OSM concertmaster Andrew Wan and pianist Charles Richard-Hamelin is as natural as it is captivating. These two phenomenal musicians will take the stage once more to present the third and final concert of their cycle of Beethoven’s Violin Sonatas.

Bourgie Hall are happy to announce that sales are now open for all tickets for its upcoming in-person concerts!