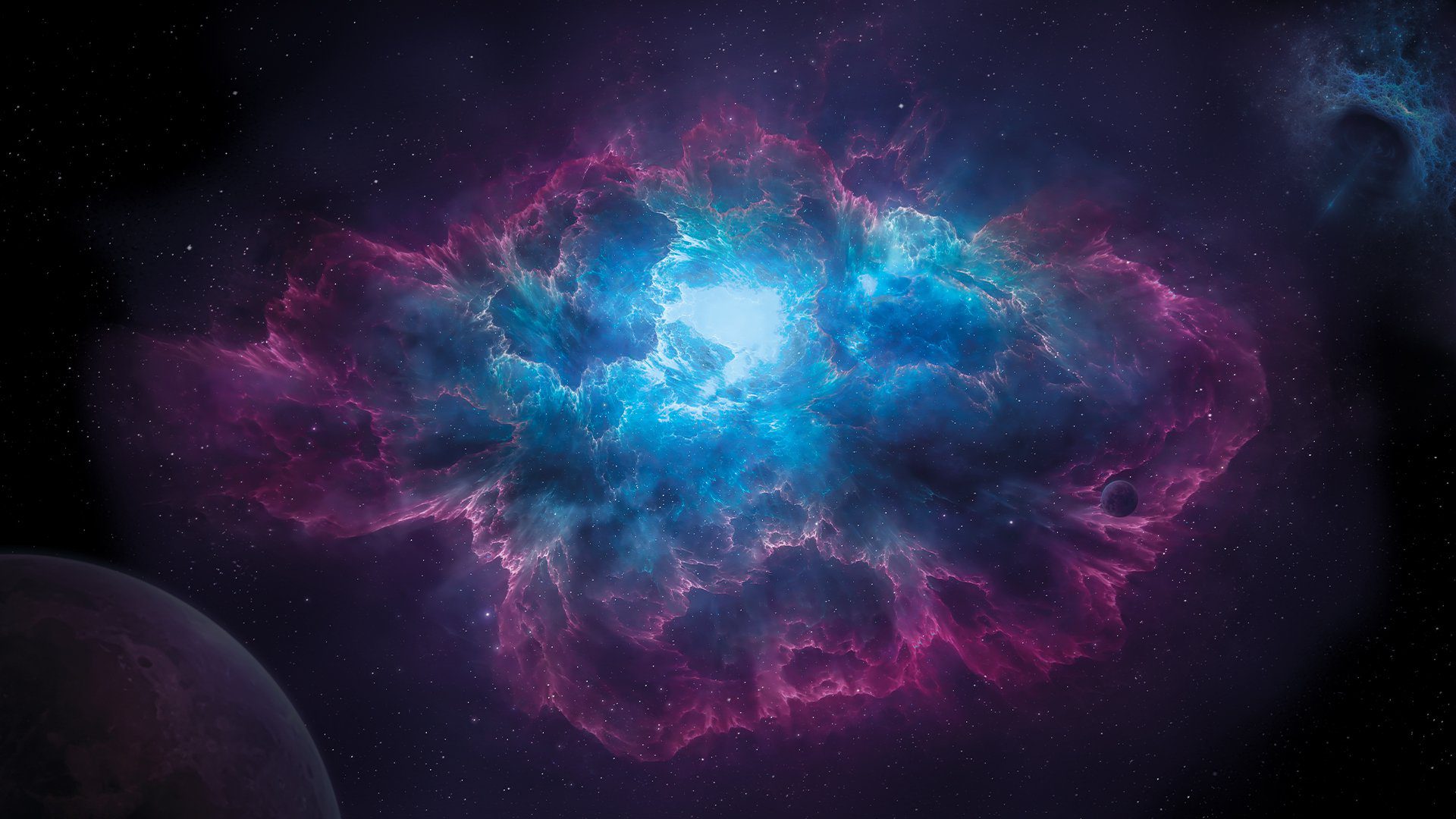 In this five-part series, NOVA delves into the vastness of space to capture moments of high drama when the universe changed forever. State-of-the-art animation gives us astonishing, photorealistic glimpses of the birth of a star in a stellar nursery, the chaos created as two galaxies collide, and the power of a supermassive black hole as it flings a star across space. In this episode, join the spectacular voyage to discover the sun’s place in a grand cycle of birth, death and renewal that makes this the age of stars.

1 PM: NATURE: Season of the Osprey

A veteran pair of ospreys return home to a Connecticut saltmarsh. Over one summer they must battle their enemies, withstand the elements, and hunt hundreds of fish, all to raise the next generation of these consummate sea hawks.

In this five-part series, NOVA delves into the vastness of space to capture moments of high drama when the universe changed forever. State-of-the-art animation gives us astonishing, photorealistic glimpses of the birth of a star in a stellar nursery, the chaos created as two galaxies collide, and the power of a supermassive black hole as it flings a star across space. In this episode, join the spectacular voyage to discover the sun’s place in a grand cycle of birth, death and renewal that makes this the age of stars.

In the documentary Raising Ms. President, filmmaker Kiley Lane Parker explores why more women don’t run for office. Through interviews with elected officials, scholars, high school students and leaders of two non-profits dedicated to raising the next generation of female leaders, the program investigates where political ambition begins and why society should encourage more women to lead.

Today, America has nearly 18 million living military veterans, from the “Greatest Generation” to men and women coming home from recent tours in Afghanistan and Iraq. They join the now-silent ranks of American veterans reaching back to our earliest conflict, the Revolutionary War. American Veteran illuminates the veteran experience with a stunning range of voices from today and across the arc of American history. In episode one, The Crossing, a veteran recalls “There is a very stark line between before boot camp and after boot camp.” As recruits take the oath to serve, they leave the civilian world to become a soldier, sailor, marine, airman or woman. This is the start of their transformation.

1 PM: Life From Above | Changing Planet

Cameras in space show just how fast our planet is changing. Cities are growing, forests are disappearing and glaciers melting but in Tanzania locals have regenerated the landscape, saving a family of chimpanzees.

New scientific investigations from across the globe help piece together the untold story of prehistoric women in this new documentary. The latest research separates fact from fiction and sheds new light on our ancient foremothers. For more than a century and a half, experts uncovered and analyzed ancient human remains to understand the story of the earliest members of the Homo sapiens species but focused primarily on the male half of the species. Through advanced science, such as microtomography – using X-rays to recreate virtual 3D models – as well as comparing the body of a modern-day female javelin-thrower to an ancient female spear-thrower, Secrets of the Dead’s revelations defy previous understanding of the power dynamics of ancient society.

From 1907 until his death more than 50 years later, ethnologist John Peabody Harrington crisscrossed the U.S., chasing the voices of the last speakers of Native America’s dying languages. Moving from one tribal community to the next, he collaborated with the last speakers to document every finite detail before their languages were lost forever. Chasing Voices chronicles Harrington’s work and traces the impact of his exhaustive research on Native communities working to restore the language of their ancestors.

The Horse Relative explores the historic art of horse regalia and how the tradition is being revived and reinterpreted by Dakota communities for a new generation. Interviewees discuss the sacred relationship between the horse and the Dakota people, and the centuries-old tradition of dressing horses for ceremonies and celebrations. The film also looks at the efforts of artists, educators and community leaders to preserve and restore the Dakota language, cultural traditions and lifeways.

At the height of their careers, painter Horace Pippin and singer-songwriter Joan Armatrading were unprecedented, seeding ground for future artists. In the United Kingdom, singer-songwriter Joan Armatrading is a national treasure. In the US she’s more of a well-kept secret, which is our loss more than hers. Horace Pippin was one of the early 20th century’s most important African American artists. A veteran of the Great War, he found healing and renown in painting and blazed a trail for those who would follow.

The Series 2 finale of Great Performances: Now Hear This takes a dramatic approach to interpreting the complex musical mind of composer Ludwig van Beethoven, who wrote nearly 800 works in 45 years. Host and violinist Scott Yoo and his team of fellow musicians visit a historic manor in the Berkshires to better understand Beethoven by performing and recording some of his most personal work, including his famous “Ghost Trio.” Unbeknownst to them, they’ve summoned the ghost of the composer, trailed by the spirit of Sigmund Freud who attempts to analyze him. Interweaving documentary, performance and theatrical storytelling, this haunting special episode explores the mind of the composer through dramatized conversations between the spirits of Beethoven and Freud.