Learn about other Cultures and Celebrate in Montreal this summer !

Canada has long been a country of immigration. Here in Montreal, thousands of new immigrants are warmly welcomed each year to a city that celebrates culture and diversity.  This is best exemplified with the numerous ethnic festivals that occur almost nonstop in summertime.

Here below, Gen Delights introduces you to a few festivals and events,  as well as introduce you to a local doll designer Aude Le Dubé from Coton Mouton, that brings members of a given community together and that also encourages learning and appreciation of other cultures.

This past weekend, the Colours of Korea Festival 2017, hosted by the Montreal Korean Language & Culture Center (MKLCC), shone a fresh light on Korean culture by hosting a variety of original activities, performances and workshops for Montrealers during a two-day event, happening both indoors and outdoors at Parc Toussaint L’Ouverture / Salle Marie Gérin-Lajoie.  (Metro Saint Laurent)

While most of the activities on site were family friendly and free, some of the evening musical shows and the various K-pop dance class workshops were accessible for a small fee.

Some of the featured activities included: 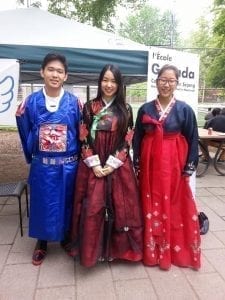 Attendees discovered the beauty of Korean culture and learned about its traditions.

For more information on the festival and for future events hosted by the Montreal Korean Language & Culture Center, please visit: 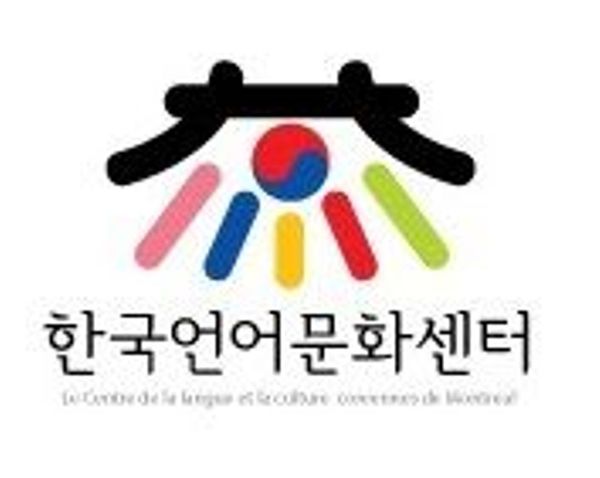 Want to practice the Korean language? Meet up with others in your area who are also interested in the Korean Culture? All ages and levels of proficiency are welcome! For the d…

Check out this Meetup Group →

For their 6th consecutive year, Little Italy invites you to share their love of Formula 1 while celebrating the return of the summer season.

From June 9th to the 11th, in honour of the Grand Prix of Canada, the entire neighborhood will be celebrating and animating boulevard St-Laurent, between Beaubien O. and Jean-Talon, to entertain the whole family.

Expect to see on their program: 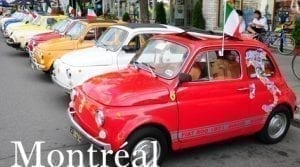 For a short visit, a day or the entire weekend, come celebrate the arrival of the summer at the Grand Prix Little Italy.

Guests are welcome to converge at 2965 Boul du Souvenir in Laval where a program of varied activities will be presented over four consecutive days:

Expect a presentation of folk dances accompanied by traditional songs by some of the Lebanese community’s best singers and artists all the while savouring favourite traditional dishes such as grilled lamb! 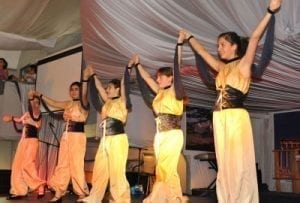 – Feasting with the mnakich at the Sajj;

– Joining the crowd for the Dabke dance!

Opening hours of the festival:

Young and old will be welcomed in great numbers over four days to celebrate the 15th anniversary of their festival and to celebrate Lebanon!

Montreal International Martial Arts Festival – Chinese tradition at its best for a good cause!

Chinese martial arts, often named under the umbrella terms Kung Fu and Wushu are among the several hundred fighting styles that have developed over the centuries in China.

On Sunday June 25th at Vanier College Auditorium from 6pm to 8pm, come and witness a dynamic, action-packed performance that celebrates these long practised art forms. 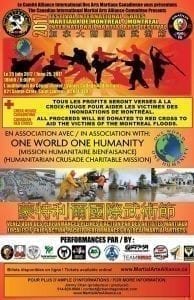 Hosted by well-respected member of the Chinese community Jimmy Chan,  in association with charitable organization ONE WORLD ONE HUMANITY, all proceed of the show will be donate to the RED CROSS to help the recent flood victims affected in various places across Montreal Quebec .

A spectacular show to support a great cause and also a golden opportunity to learn more about an ancient Chinese tradition.

The Caribbean community has been working hard to bring you the best experience for this year`s Carifiesta Montreal.

July 8th , 1pm-7pm:
#ISLANDBBQ
*Mouthwatering delicacies from the Caribbean will be served alongside refreshing island drinks and good music 😉

On July 8th and 9th, expect to see another very euphoric parade and taste the flavors of an ancient tradition in the heart of Montreal!

The Indian community of Montreal will present a 2 day event that will feature a parade on St-Laurent Street (Beginning the corner of Milton) and various tents and family activities at Jeanne-Mance Park.

The two day festivities are expected to draw close to 12,000 people and provide fun for the whole family!

Also on the weekend of July 8th and 9th will be the spectacular Pow Wow on the grounds of Kahnawake Mohawk Territory, just 10 miles south of Montreal Routes 132 & 138.

A Pow Wow is a gathering of different nations. Don’t miss this unique opportunity to discover Native dancing, music, food and arts and crafts. There will be over 75 kiosks featuring Native crafts, and more than 20 food booths serving buffalo burgers, walleye nuggets, mouth-watering Amerindian tacos and more.

Why do people collect dolls?

Some collectors love history, for others, it is a love of fashion that brings them to collect tiny mannequins that are dressed impeccably. After all, there is definitely something charming about fashion in small scale!

However, I do believe that the greatest number of collectors do so out of fond nostalgia for the love of a doll, or in memory of a person that they spent their childhood with. There is definitely scientific proof that we gravitate towards and love what is familiar to us.

For those who dream of customising a doll that is unique , Gen’s Delights presents the beautiful,  handcrafted long legged dolls of Montreal based owner and founder, Aude Le Dubé from Coton Mouton.

Aude’s career as a doll maker stemmed from the time when she wanted to gift her two year old niece with a rag doll. Since sewing was foreign to her at the time and finding an original rag doll was almost impossible in Montreal, she proceeded to buy a sewing machine and self-taught herself to sew from instructional videos on Google and YouTube. This new hobby soon turned into a life-changing passion and blossoming business.

Diversity, beauty and familiarity traits are well captured in her line of unique “Petite” dolls in which her customers can choose the colour of the skin and lips, hair texture and the shape and colour of the eyes.

Aude works in close knit collaboration with a small team of four, five skilled designers, seamstresses and tailors.  All the dolls are handmade one by one and made ethically.  The mood of the designer is often reflected in the shape of the mouth and eyes that are delicately embroidered with cotton floss. Aude only uses top quality material for her dolls:  The hair on the Petites are made of natural yarn (merino, mohair, alpaca) or a varied blend.

Through observation of her niece, Aude observed that both adults and children do not only wish to nurture the dolls, but also seek a life companion or friend.  A blond child might want a black haired doll or redhead and vice versa. Diversity thus becomes a very attractive trait to possess.

Although originally designed for children, her petites are seen as little people with warm souls and her modern, stylish, long legged dolls have quickly become the little favorites of the fashion world as Aude has been known to dress her little ladies in stunning designer outfits mirroring the works of grand fashion houses Dior, Chanel and Vivienne Westwood!

When asked why, she smiles and says:

“because I love fashion and I love dolls, so naturally I combine both.” 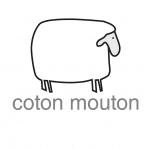 For more information on Coton Mouton and the Petites collection, please visit :