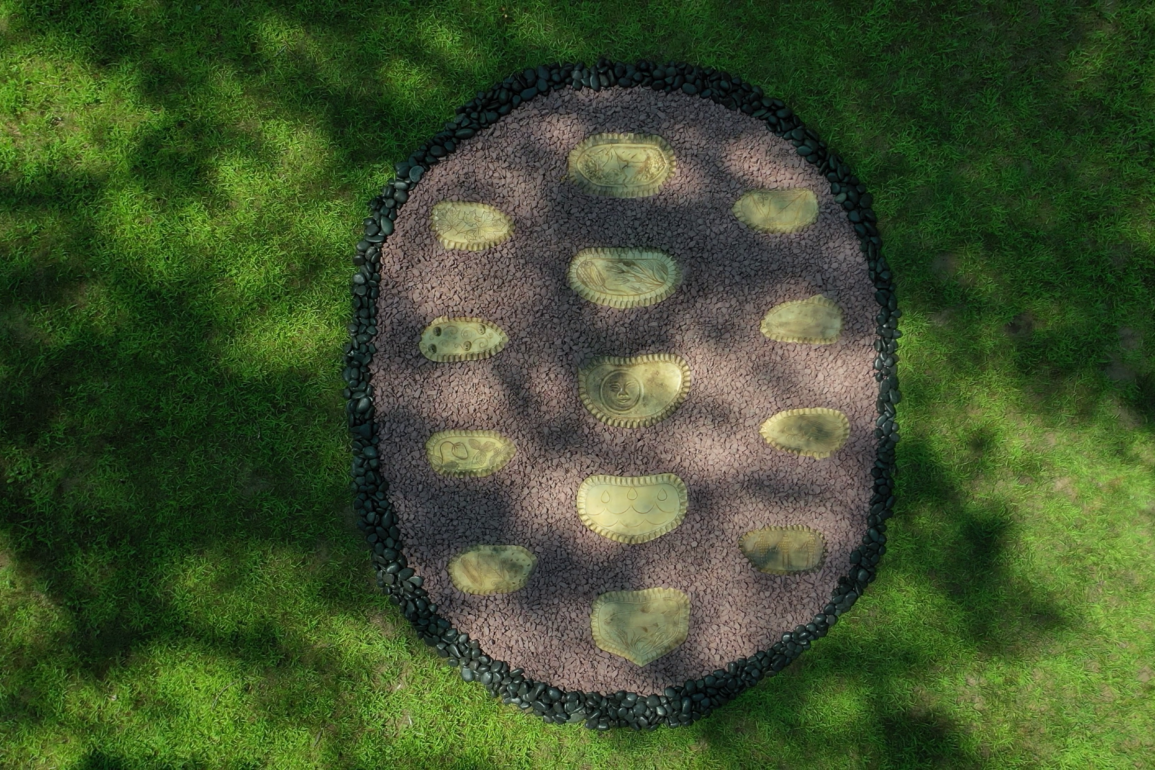 Indigenous Peoples’ Day, observed across the United States on the second Monday in October, falls on Monday, October 10th this year. The holiday offers an opportunity to celebrate and learn about the rich and diverse cultures, languages, and histories of Indigenous peoples across North America, while acknowledging the losses suffered through disease, warfare, and forced assimilation stemming from the colonization of North America by Europeans.

In that same spirit, we acknowledge and honor the Haudenosaunee peoples, specifically the Kanien’keha:ka, or Mohawk tribe, on who’s ancestral land we in the North Country live, and the local communities of Ganienkeh, Akwesasne, Kahnawake, and Kanesatake in both the US and neighboring areas of Canada.

Continue below for classroom-ready resources, books, activities, and more for children grades PreK-12 this Indigenous Peoples’ Day and beyond!

Talking About Race: The Clutes | Mohawk Family From Akwesasne

Grades PreK-3
Meet the Clutes, a traditional Mohawk family from the Akwesasne territory in northern New York State. In this video, the Clute family talks about respect, stereotypes, fairness, justice, and resilience in direct, age-appropriate, and honest ways as they celebrate their culture and community. This video is part of a growing set of resources from the Sesame Workshop Coming Together initiative which provides tools, sparks conversations and supports kids as they grow into allies and advocates.

Grades K-2
Informational text and Alaska Native culture form the basis of the groundbreaking Molly of Denali series and its educational resources. The Molly of Denali collection on PBS LearningMedia offers videos, digital games, lessons, teaching tips, and activities so that educators can utilize the series in the classroom.

Indigenous Peoples’ Day | All About the Holidays

Grades K-12
New York State and Local History and Government is a collection of resources designed to complement the New York State Social Studies Framework for 4th Grade covering disciplinary core topics from the geography of New York State to immigration and migration. Explore featured resources in the Native American Groups and the Environment section with topics like the diverse ecosystem that Henry Hudson encountered when he arrived at Mannahatta; and video of the Oknegakdagye (Along the Water) Dancers from the Akwesasne Mohawk Territory performing a traditional Mohawk hunters’ dance.

Grades 3-12
Native Knowledge 360° (NK360°) from the National Museum of the American Indian provides educators and students with new perspectives on Native American history and cultures. Most Americans have only been exposed to part of the story, as told from a single perspective through the lenses of popular media and textbooks. NK360° provides educational materials, virtual student programs, and teacher training that incorporate Native narratives, more comprehensive histories, and accurate information to enlighten and inform teaching and learning about Native America. NK360° challenges common assumptions about Native peoples and offers a view that includes not only the past but also the vibrancy of Native peoples and cultures today.

Native America in the Classroom

Grades 6-12
Explore the world created by America’s First Peoples with PBS’ Native America. The four-part series reaches back 15,000 years, revealing massive cities aligned to the stars, unique systems of science and spirituality, and 100 million people connected by social networks spanning two continents. In the Native America in the Classroom collection, you will find the program in full, along with stand-alone clips, classroom activities, and support materials bringing the value of sacred origin stories and the complexity of early Native city planning to life, culminating in hands-on activities designed to help students better understand both.

Grades 6-12
Learn about Zitkála-Šá, also known as Gertrude Simmons Bonnin, a Yankton Sioux author, composer, and indigenous rights activist in this video from Unladylike2020. Taken from her community at age 8 to attend a boarding school as part of the assimilationist policy of the U.S. government to educate Native American youth, she used her education to advocate for American Indian rights. She trained as a violinist, writing the first Native American opera, The Sun Dance Opera; published in prestigious national magazines about American Indian struggles to retain tribal identities amid pressures to assimilate into European American culture; and co-founded the National Council of American Indians to lobby for voting rights, sovereignty rights, and the preservation of Native American heritage and ways of life.

Grades 6-12
Learn about We’Wha, a Zuni Ihamana, non-binary individual, in this video from First Person: Classroom. Explore the life and lasting impact of the famous Two-Spirit Zuni cultural ambassador, negotiator, religious leader, weaver, and potter using primary sources, discussion questions, teaching tips, vocabulary, and a short activity. In the late 1800s, while the white settlers, soldiers, and government agents were invading lands west of the Mississippi River—suppressing tribal cultures, forcing Native people into schools and onto reservations, and slaughtering those who would not capitulate, We’Wha traveled to Washington, D.C. to help document Indigenous Zuni culture. We’Wha neither conformed to Native American stereotypes or to Anglo-American norms.

Grades 6-12
Susan La Flesche Picotte lived on the Nebraska frontier during a time of violent change, growing up on the Omaha Reservation against the backdrop of the Dawes Act of 1887 which sought to force indigenous tribes onto reservations and foster their assimilation into white society. As a child, La Flesche Picotte watched an Indian woman die because the white doctor never showed up: “It was only an Indian and it did not matter.” So she became a doctor herself, breaking through barriers of gender and race as the first American Indian physician and the first to found a private hospital on an American Indian reservation. Learn more about Susan La Flesche Picotte with this video from Unladylike2020.

Grades 6-12
Examine the enigmatic life and mind of National Medal of Arts-winner Navarro Scott Momaday, the Kiowa novelist, short-story writer, essayist and poet. His Pulitzer Prize-winning novel “House Made of Dawn” led to the breakthrough of Native American literature into the mainstream. Although his heritage is a central theme, Momaday’s work asks universal questions: what are our origins and how do we connect to them through our collective memories? This PBS LearningMedia collection from the American Masters film, Words from a Bear: N. Scott Momaday, illuminates how he grappled with these questions, his identity and the challenges of being a Native American artist in today’s world.

Grades PreK-3
For centuries, Indigenous Peoples have been intentionally silenced and invisibilized; their stories stolen and hidden. It is more important than ever to read books written by and about Indigenous Peoples highlighting their heritage, cultural pride, and strength. Here are eight #OwnVoices books to honor and celebrate Native heritage not only this month, but year-round!

Grades PreK-3
Molly learns the Seal Dance when she visits a new friend. The Seal Dance is a traditional song and dance performed by Unangax Alaska Native people. Explore a different Alaska Native dance tradition with your child by making a Yup’ik dance fan.

Grades 3-8
In this video, Onondaga storyteller Perry Ground speaks to students at Gowana Middle School in Clifton Park, New York about the introduction of language into meaning and purpose of others’ identities, particularly, the name Iroquois. The people who lived on this land before colonization call themselves the Haudenosaunee. What is in the name, and how can we learn a bit more about a community through the names given to the schools and streets?

Grades 6-12
Utilizing this media gallery, students will watch the three episodes of the Unladylike2020 series of 26 short films that focus on Indigenous women heroes and explore the similarities in issues affecting these women while also identifying the qualities that made them unique. Students will explore the lives of these incredible figures through a gallery walk, discuss their findings, research events of the present, and create their own gallery walk to present their research.

The Akwesasne Library and Cultural Center is a public library and museum that serves the people of Akwesasne, the surrounding communities and the visiting public by providing access to educational and cultural resources. Located in the heart of Akwesasne, the center provides a positive space for educational purposes and is one of the cultural hubs of the community.

The Six Nations Indian Museum, located in the Northeastern Adirondack Mountains, provides for the viewing of 3000-plus artifacts with an emphasis on the culture of the Six Nations of the Iroquois Confederacy (Haudenosaunee): Mohawk, Oneida, Onondaga, Cayuga, Seneca and Tuscarora. The museum features story telling lectures and creates educational experiences so that visitors, teachers and students may acquire the knowledge needed to better understand the history, culture, contemporary realities, and the potential futures of Native Nations.

The Seneca Art & Culture Center is a year-round interpretive facility at Ganondagan, the original site of a 17th century Seneca town that existed there peacefully more than 350 years ago. The center tells the story of the Seneca and Haudenosaunee (Iroquois) contributions to art, culture and society for more than 2,000 years to the present day. Designed to fit into the natural landscape, the center features an interactive, multi-media Exhibit Gallery, including a changing exhibit space, Orientation Theater, auditorium, and gift shop.

The Iroquois Museum is an educational institution dedicated to fostering understanding of Iroquois culture using Iroquois art as a window to that culture. The Museum is a venue for promoting Iroquois art and artists, and a meeting place for all peoples to celebrate Iroquois culture and diversity. As an anthropological institution, it is informed by research on archaeology, history, and the common creative spirit of modern artists and craftspeople.

The New York State Museum, which explores and expresses New York State’s significant natural and cultural diversity, both past and present, features the ongoing exhibition Native Peoples of New York. Museum-goers can explore the cultural heritage of the first New Yorkers — from the Ice Age to the present — through dioramas, displays of artifacts and art, and a life-size reconstructed longhouse.