Laugh out loud, Sing along and Shine this weekend in Montreal

A Word of Caution:  If you get easily offended, are extra conservative or hold religion as sacred, I have to forewarn you that Book of Mormon, currently running until the 23rd at Salle Wilfrid Pelletier of La Place des Arts in Montreal, is not for the faint of heart!

However, if you are open minded, have an excellent sense of humor and can handle a show that is definitely an outright satire of religion overall, you will be in for a roaring good time at one of the most hilarious and irreverent musicals to ever hit Broadway.

SYNOPSIS: Two 19 year old male missionaries are discordantly paired up and sent from their cushy homes in Utah on a two year mission to convert the locals of a dilapidated village in Uganda. Faced with the AIDS crisis, disease, mutilation, and an insane trigger happy warlord that periodically terrorizes the villagers, the Mormon boys have their work cut-out for them as they desperately try to work together and resort to using liberal and creative methods to preach the Holy Gospel to the disgruntled non –believers.

The brainchild of creators Trey Parker and Matt Stone (South Park) and Robert Lopez (Avenue Q), this musical comedy ,  that merrily parodies Mormonism as well as African stereotypes, is superb from all angles: lyrics, music and acting. This is evident from the show’s opening number – Hello!  In which squeaky-clean missionaries from the Church of Jesus Christ of Latter-day Saints (appearing overly energized and in perfect unison), come knocking at your door: – the audience knows they are in for a treat!  The show continues to deliver consistently with overall joviality and dynamic musical vulgarity right until the very end.

Brilliant, blasphemous but with an unexpected good morality at its core, The Book of Mormon has definitely set the benchmark high for satirical musical comedy!

See link HERE for a sneak peek trailer of the show ~

Come and celebrate the warmth of the sun and the beauty of the Caribbean at this dynamic four day event held in Montreal.

Montreal Caribbean Fashion Week is an organization that promotes Caribbean culture to the community at large and that demonstrates how Caribbean lifestyle permeates different facets of our daily lives.

Caribbean style is quite distinct with its bold colors and fine details. The style has been recognized and has been reinterpreted by almost all of the great couture fashion houses of the world including Paris, Milan and especially here, as recognized in the daily wear of fashion lovers in the streets of Montreal Quebec. 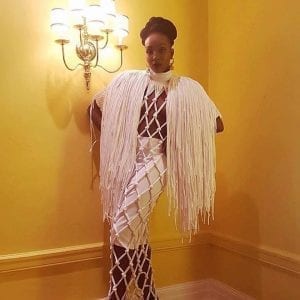 Montrealers and visitors alike are invited to participate in the exciting events held at Caribbean Fashion Week. Linguistic and ethnic lines will be breached as fans converge upon the Grévin Museum to get a glimpse of the next big trends.

Tickets are still available for their Friday and Saturday events:

To get your tickets and for more information please visit

DALIDA the Movie
In theatres across Quebec from April 28th, 2017

DALIDA, the film that will soon sweep theaters across Quebec, is an intimate portrait of the complex, seductive, Egyptian-born Italian singer and actress who took the musical world by storm with her magnetic charm and suave voice, but whose life ultimately ended in tragedy despite her regal success on stage.

Directed by Liza Azuelos, the film is a superb and beautiful interpretation of the complete life, career and great love affairs lived by the talented songstress.  We travel to the city of her birth in Cairo in 1933, we experience the glory of her first stage appearance at Olympia (Paris) and her marriage in 1961 to Lucien Morisse who played a considerable part in launching the starlet’s career. We follow the young star as she greets her fans, finds comfort in the arms of seductive lovers and journeys to India to find spiritual guidance. We witness her downward spiral as Dalida’s life is marred by numerous, failed relationships and personal problems until her untimely suicide in 1987.

When she took her life Dalida left behind a note which read, “La vie m’est insupportable… Pardonnez-moi.” (“Life has become unbearable for me… Forgive me.“)

The film touches upon several issues that are ever pertinent to our time: self awareness, identity, and the constant search for true love amid the sacrifices of achieving stardom.

Apart from being a very detailed biography and musical journey with re-enacted hit numbers ( Paroles, Bambino, Je Suis Malade) , we see through Dalida’s personal history how life can simply become unbearable when one chases an idealistic notion of great love, especially for one who requires a lot of affection and has an uncommon personality.

Even beyond the grave, Dalida continues to radiate from her eternal presence and has become a cult figure to a new generation of fans.

Dalida: An ever bright star!

In theatres across Quebec from April 28th 2017.