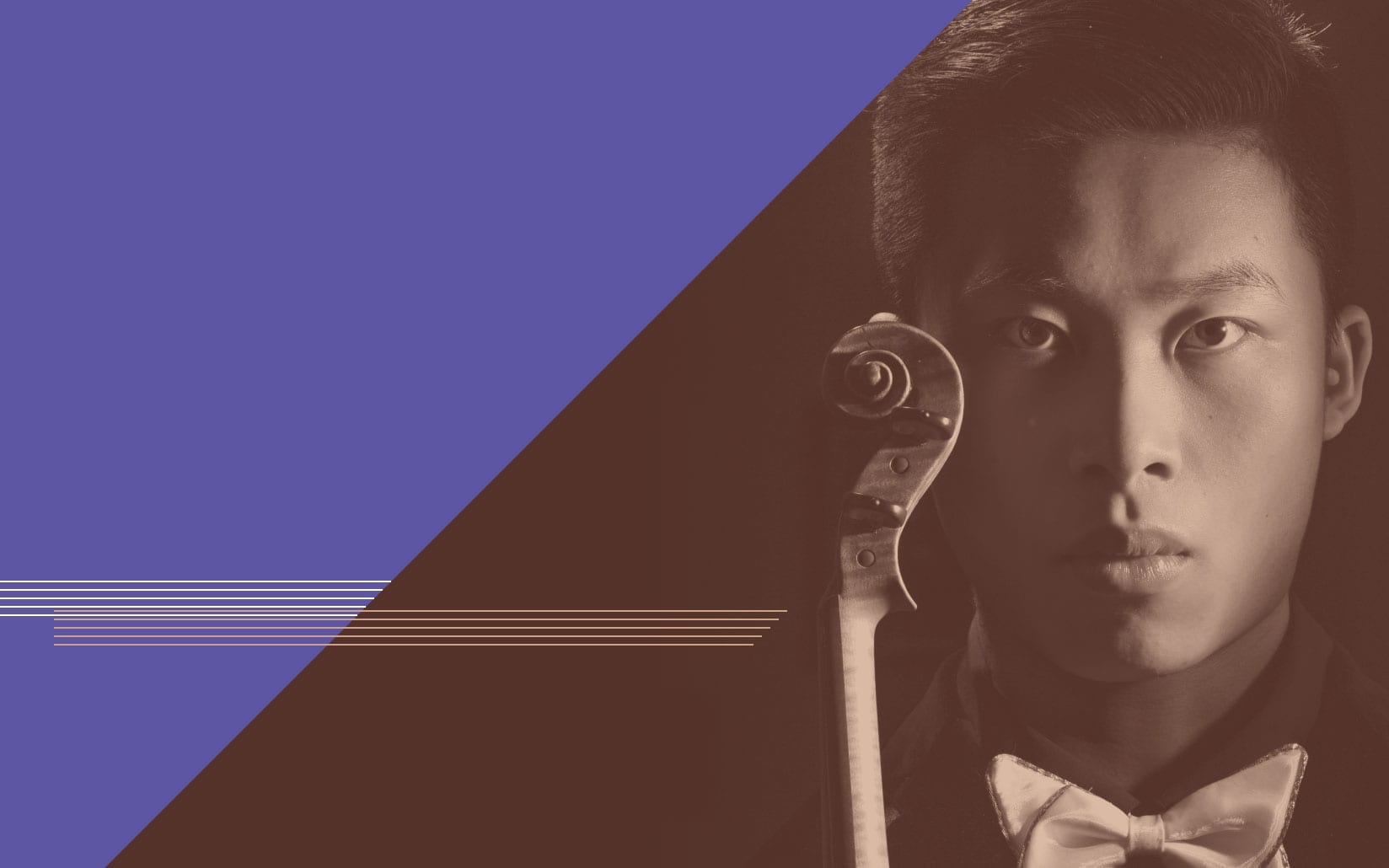 Cherished by some , vilified by others , the fiery red wooden heroine of Francois Girard‘s 1998 movie : The Red Violin has certainly shaken up human passion by making her way through three centuries and passing into the hands of diverse owners from different ethnic backgrounds. Her journey will eventually lead her to an auction house in Montreal, ready for new adventures…

This Thursday January 23rd 2020, Virtuoso violinist Kerson Leong will take to the stage to perform composer John Corigliano‘s Red Violin Suite accompanied by conductor Jean-Marie Zeitouni and the musicians of IMusici orchestra at two performances to be held at Bourgie Hall at 11 am and 6 pm .

What’s more, one hour before the concert starts, attendees are offered coffee (matinée) or wine (cocktail hour) that you can enjoy with the musicians or convivially among friends.

Described as ” The next great Canadian violinist,” Kerson Leong has performed in some of the world’s most prestigious concert halls, including Carnegie Hall’s Stern Auditorium, Louvre Auditorium, Wigmore Hall and National Center for the Performing Arts in Beijing.

He plays on a 1741 Guarneri del Gesu violin, donated by Canimex Inc.

Gen’s Delights had the pleasure of interviewing Kerson. From his answers, it is clear to see that he shares a very special bond with his instrument.

The fact that the subject of this film and also the soundtrack centered around the violin was immediately interesting to me.

The film truly captures all sides of the violinistic identity: from the vocal-like lyricism, historical folk elements, to even a detailed portrayal of what a violin virtuoso, (veritable rock stars of their day) would have been like back then and perhaps, still is even now.

I equally enjoyed how the music of this film, composed by John Corigliano, manages to capture all the abovementioned as well as perfectly link all chapters of the story together.

I can identify with the story as a whole in the sense that it’s fascinating to imagine what my own violin has went through in its almost 300 years of existence. The instrument’s circumstances could have just as well been as dramatic and eventful as those happenings in the film.

I can especially relate to the excitement felt when young Kaspar was initially introduced to and given the Red Violin to perform on . A moment such as when I encountered my first great instrument is something that I would never be able to forget.

In general, violinists tend to treat their instruments as if they had their own unique soul, just like another human being or view their instrument as their partner. Following this idea, the film portrays how the Red Violin has been varnished with human blood and therefore has ‘entrapped’ the violin maker’s wife’s ‘soul’ into the instrument. This act is symbolic of that intimate relationship between musician and instrument.

The first thing that drew me to this violin was its timbre – not only warm, deep, and with texture, but it is the closest any violin has come to my inner voice – the way I imagine sound. It allows me to always fulfill a deep sense of intimacy with this instrument and with the music I’m playing.

Very simply, I would say to look for an instrument which responds in a way that feels physically comfortable to you, and has a sound which you could imagine working with and developing as time goes by.

It’s also good to notice when things don’t immediately feel or flow smoothly with an instrument – in a sense there’s a mutual development that can be had and the instrument could contribute to one’s violinistic and musical development in several positive ways.

*** I would like to thank Kerson for his time in answering my questions.

For more information on: