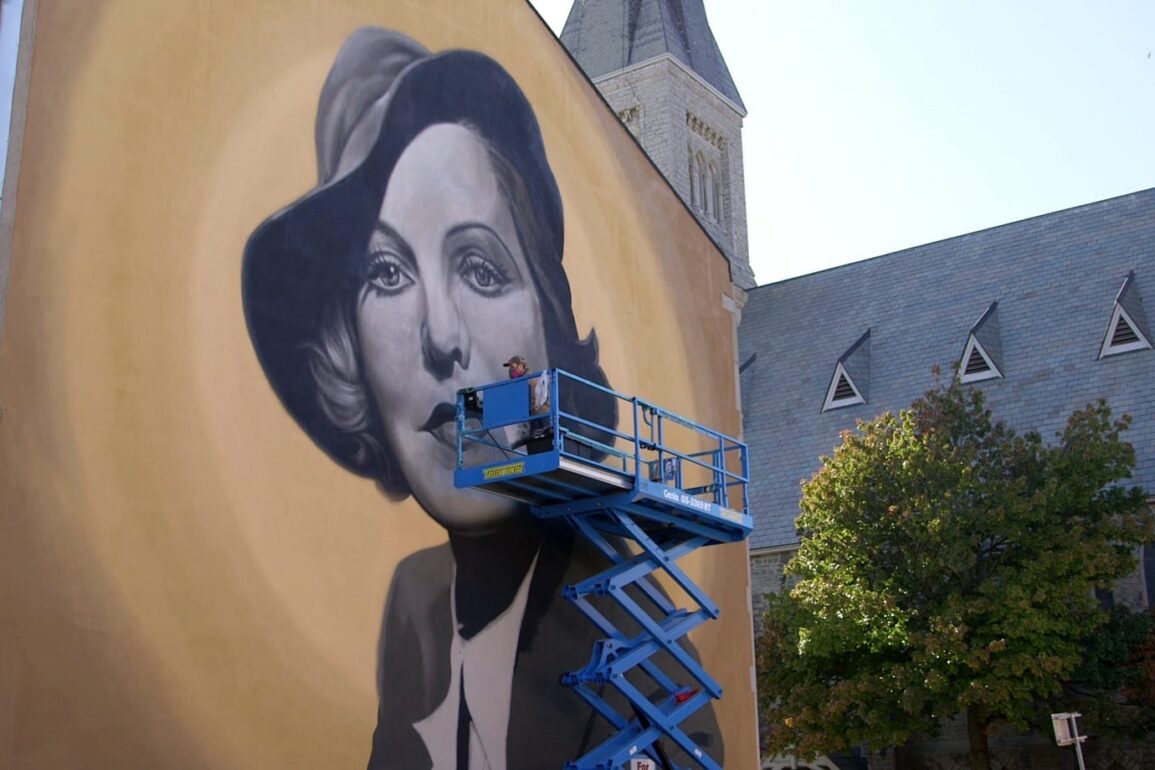 A mural in Plattsburgh, New York celebrates a connection the city has to classical Hollywood.

Artist Brendon Palmer-Angell painted the forty-foot high mural on the back wall of the old bank building at the corner of Brinkerhoff and Marion Streets in downtown Plattsburgh.  Hear the painter’s thoughts about the piece in this video essay by Spotlight producer Paul Larson and videographer Will Houle.

The star of Mr. Smith Goes to Washington and Shane kept her personal information, including the city in which she was born, very private all of her life.  Through careful research and conversations with people who knew the actress personally, Oller learned Jean Arthur was born in Plattsburgh, New York, even though she always called New York City her birthplace.  He also learned other details about her life that will move readers who are interested in Hollywood history, and in the struggles of a comedic actress who enjoyed her work but battled anxiety while making audiences laugh.

Oller visited Plattsburgh to view the mural after it was completed. Larson interviewed the biographer about the elusive actress.

This half-hour special, an expansion of the Spotlight segment on Mountain Lake Journal, won a New York State Broadcasters Association award for Outstanding Specialty Programming in 2020.  It was produced by Paul Larson with videography by Will Houle.