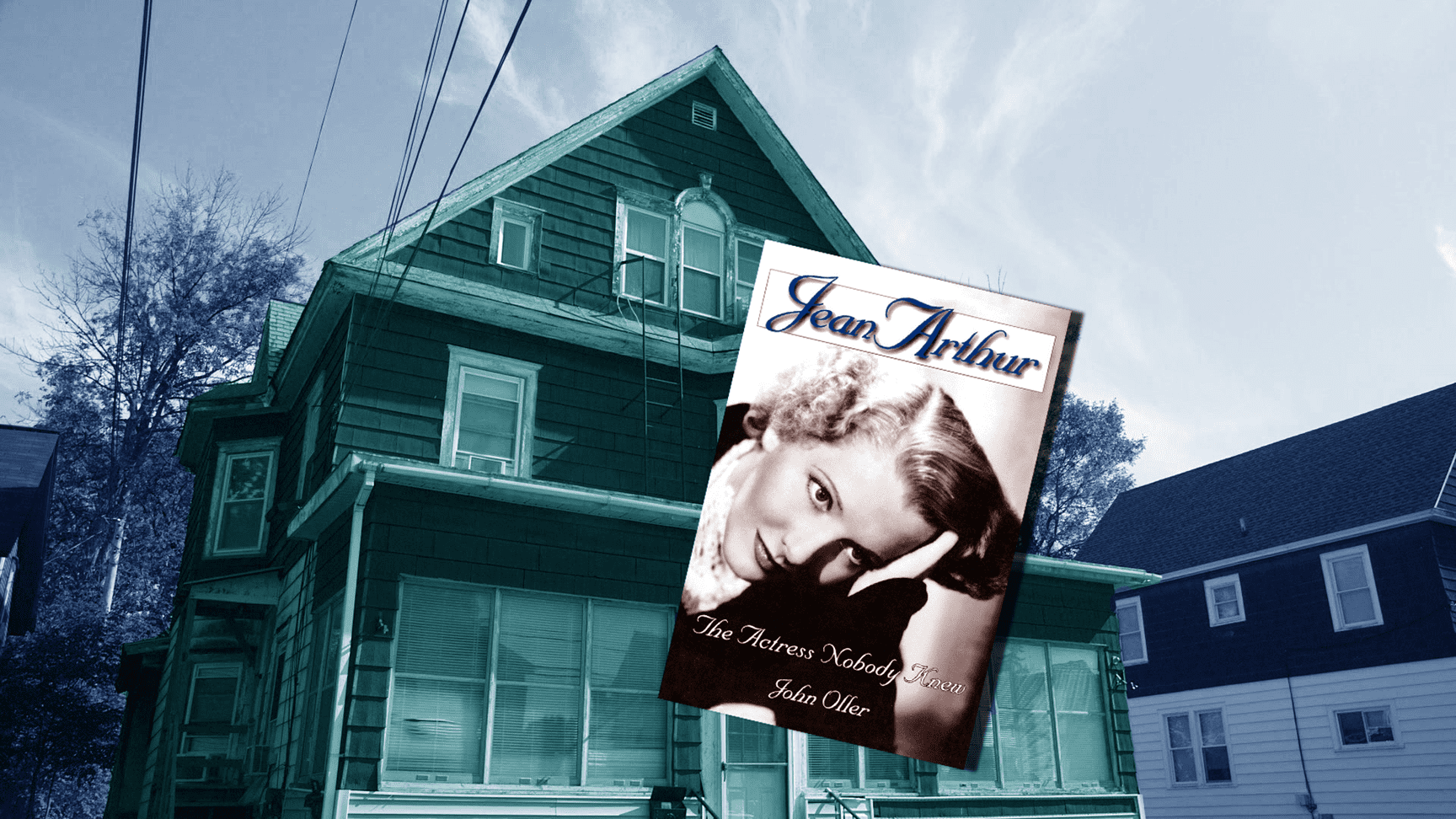 Secretive star, by the book

The star of Mr. Smith Goes to Washington and Shane kept her personal information, including the city in which she was born, very private all of her life.  Through careful research and conversations with people who knew the actress personally, Oller learned Jean Arthur was born in Plattsburgh, New York, even though she always called New York City her birthplace.  He also learned other details about her life that will surprise and move readers who are interested in Hollywood history, and in the struggles of a comedic actress who enjoyed her work but battled anxiety while making audiences laugh.

Oller visited Plattsburgh in the fall of 2019 to see a new mural of Jean Arthur. Enjoy the story of its creation here.

Learn more about Oller’s book Jean Arthur: The Actress Nobody Knew, as well as his other books at johnollernyc.com.