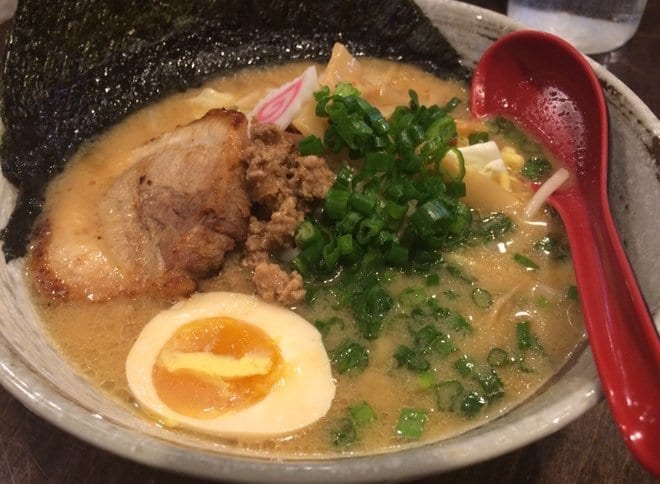 In Defense of Gloop

During my 13 years living in Japan, the question asked most was: “What do you miss?”  Now, obviously… with no coaching or pressure from anyone here, I’d have to say, “The engaging, inspiring and enriching content broadcast on local PBS stations like Mountain Lake PBS.” Though nowadays, I could just have used the awesome new streaming video app called “PBS Video”.  Yes… that was the thing I missed most.

Ok, my boss has left the room.  If I had to pick a second thing… it would be simply: Mexican food.  Japan has a dearth of Mexican food.  The few options that do exist are some very-very high end places that were beyond the budget of a journeyman media guy like myself, or a few outposts of the “El Torito” chain which were within the budget but below my expectations.  But really, that was about it.  So Mexican food largely meant procuring ingredients if/where they could be found and making it at home.

I’m not a Mexican food snob.  I will literally eat anything with salsa and guacamole, and I have.  From delicious street stand mini-tacos of chopped tongue to shopping mall Taco Bell or even just movie theater nachos covered in gloopy nacho cheese product… I will eat it greedily.  Plattsburgh has made this a whole heck of a lot easier.  The amount, per-capita of Mexican food options, shames Tokyo.  In just two months I have already tried and re-tried the re-fried yummies of the local eateries:

We have had many passionate break-room debates about the best place to go, and now I am looking beyond Plattsburgh to the surrounding towns in our broadcast area.  Would love your recommendations in the comment section below!

But now that I can take a taco on my way home or bring a burrito to lunch everyday, I find myself getting the same question again.  “What do you miss most… in Japan?”  Now obviously, with no pressure or inducement from my previous employer, I miss the engaging, enriching and inspiring content of the Japanese National Public Broadcaster.  If I had to pick a second thing, it would be Japanese food.  Specifically, ramen.

Sadly, there is no real ramen in Plattsburgh.  I am not talking about the dehydrated packets you will find crowding the cupboards of every dorm in town, but REAL ramen.  Each shop boasts a unique and secret stock, simmered gently for as long as a day from a variety of ingredients.  Ramen is made with a zeal and intensity I can only compare to BBQ sauce in the US.  I tried my hand at making it a few times at home, but the results were disappointing.  I resigned myself to a ramenless life.  Then… quite by accident, while walking in Montreal, I came upon a shop window that quite literally stopped me in my tracks.

Upon entering the shop, I was hit with the sort of sense memory that immediately overpowered my emotions.  I found myself thumbing through the menu, with tears actually forming in the corners of my eyes.

The experience was transcendent.  I’m not actually sure I can tell you if it was good ramen or not.  It was simply that it was ramen.  I do recommend you try it yourself though, and the shop can be found here: Misoya.

Now, you may have noticed that none of the foods I have mentioned are particularly healthy.  I got thinking about this after watching the recent program: “In Defense of Food.”  The documentary based on Michael Pollan’s book of the same name aired as part of our weekly “Think Wednesday” programming.

It does make me think.  Four out of the top ten causes of death are linked to our diets.  He claims to have found the answer to the surprisingly complex question “What should I be eating?”  I don’t think he will answer my concern, that without eating ramen and cheesy gloop covered nachos, I will have no reason to live.  Certainly my growing paunch attests to the fact that I need to learn from his wisdom.

So tell me… where is the best Mexican food in the North Country, Vermont and Quebec?  And what food would you miss most, health consequences aside?