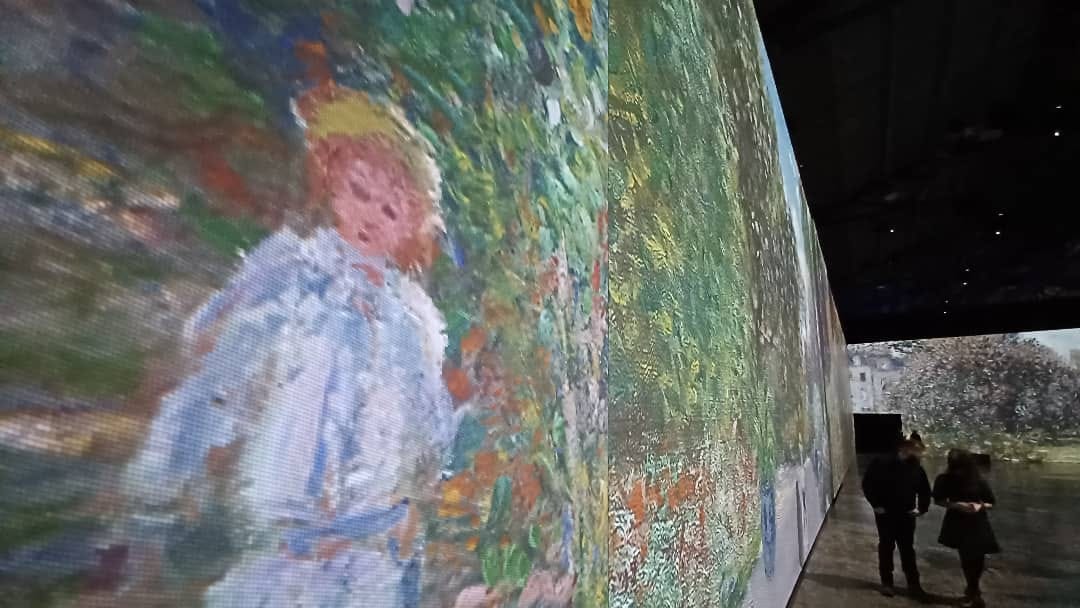 Imagine Monet – a luminous, immersive exhibit to discover this Holiday season in Montreal.

Just before the pandemic hit, Montrealers had the chance to experience the Imagine Van Gogh exhibit that breathed life into some of the painter`s most iconic pieces in large scale.

From December 15th onwards, French painter Claude Monet is to be featured in the same impressive way:

The new immersive exhibit: Imagine Monet, currently running at L’Arsenal Art Contemporain in Griffintown, is a presentation by Annabelle Mauger and Julien Baron, the same duo that curated the previous Imagine Van Gogh and Imagine Picasso exhibitions held in Montreal and Quebec city that sold over 1,000,000 tickets across Canada and the United States.

As you enter the expansive room dedicated to the exhibit, your senses will be awakened in more than one way, as pastel colors and classical music enrobe you and draw you right into the heart of each painting.

IMAGINE MONET features more than 200 paintings created by the artist over his lifetime, including the
series of the “Cathedrals” and the “Water Lilies” from his garden in Giverny, among others.

During your visit, you will see the Millstones, the Gare Saint Lazare, the Thames or even the London Parliament that Monet immortalized so many times, that will come to life under a multitude of variations of light and color.

Monet was a French painter raised in Le Havre, Normandy, who became interested in the outdoors and drawing from an early age. He was the founder of the impressionist style of painting that is considered as a key precursor to modernism, especially in his attempts to paint nature as he perceived it.

Monet’s world is one in which the quest to capture light is of the essence. Above all, Monet wanted to capture the fleeting nature of the light reflected on the landscape, on people and objects ( such as the rowboat featured below):

In his rapid execution in the open air, and the resulting dissolution of form, he went against the academicism of the time and created colorful environments that could be considered the first immersive works in the history of Modern Art.

Montreal is the first stop of the exhibition tour through several Canadian and US cities, including Edmonton in Summer 2022.

*** In Quebec, a vaccine pass and mask is required to access this exhibition.